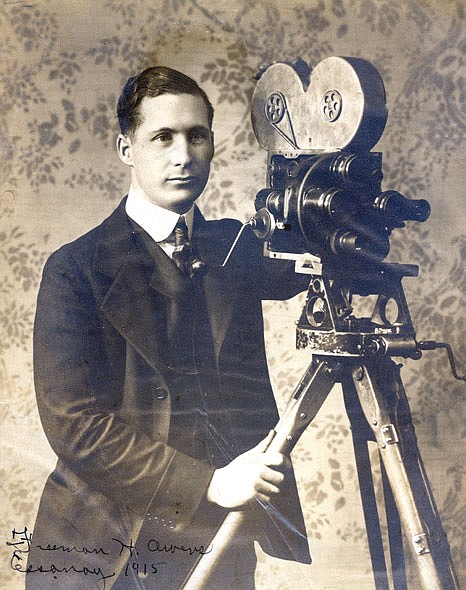 Who says you need lots of formal education to change the world?

Consider the story of Freeman Harrison Owens, born in Pine Bluff on July 20, 1890. He dropped out of Pine Bluff High School during his senior year to work at a local movie theater as a projectionist.

High school bored Owens, but tinkering didn't. He loved to play in the intersection of state-of-the art technology, which, in those days, included electricity, photography and moving pictures. At the age of 16, he constructed his own 35 mm movie camera. He had a knack for being at the right place at the right time with his camera. He filmed early newsreels, such as the Chicago Union Stock Yards Fire in December 1910 and the Charleston, South Carolina, hurricane and flood in August 1911. He served during World War I as a photographer, helping progress the art of aerial photography for combat purposes.

In 1912, Owens went to work for Essanay Studio, which was owned by former Pine Bluff resident Max Aronson (aka "Broncho Billy" Anderson) and George Spoor. Owens filmed special documentaries and worked for AdFilm, a commercial department of Essanay Studio. While at AdFilm, Owens patented inventions for an improved version of motion picture cameras and projectors. He filed for his own first patent for AdFilm on June 16, 1912.

In 1918, Owens joined the U.S. Marine Corps Reserve as a quartermaster sergeant. He was appointed as an official cameraman, and he filmed "Flying with the Marines" as well as immortalized the Battle of Chateau Thierry in France.

Owens invented slow motion for motion picture cameras and projectors in 1920. On Aug. 17, 1920, he filmed in slow motion Babe Ruth swatting his home run during the Yankees versus Cleveland game. Reportedly, Ruth sued Owens for revealing his batting technique in slow-motion footage.

After Owens was honorably discharged from the Marines on March 25, 1922, he went to work for the "father of radio," Lee de Forest of New York. Owens invented and filed a patent application for Phonofilm -- the first synchronized sound and film apparatus -- on June 4, 1923. De Forest filed for this same patent, and a legal battle for the rights began. Owens won in the lower two courts, but de Forest won in the New York Supreme Court. The ruling was a landmark decision that stated that the company owned all rights to the inventions that were made by the inventor. Its effects can still be felt today.

Owens' contract with de Forest expired on August 16, 1924, and he entered into a contract with William Fox at Fox Case Movietone News on June 20, 1927. Owens made the first eight synchronized motion picture cameras and demonstrated them to interested parties in Europe. Owens filmed the first talking movies of George Bernard Shaw of England and Benito Mussolini of Italy.

During the next 36 years, Owens developed a plastic lens for Kodak, which is still used today in disposable cameras, eyeglasses and sunglasses. He patented the A.C. Nielsen Rating system, which calculates how many customers are listening to the radio or watching television. Owens invented 150-degree-angle photographs, known as panoramic photographs today.

Owens moved back to Pine Bluff on February 26, 1972. The First Methodist Church in Pine Bluff provided Owens with an apartment that was located next door to the church on west Sixth Avenue.

In 1993, Pine Bluff Downtown Development commissioned a mural honoring Owens and "Broncho Billy" Anderson. Their images were painted on the wall of a business at 209 Main St.

This article is among features at ExplorePineBluff.com, a program of the Pine Bluff Advertising and Promotion Commission. Sources: Wikipedia, EncyclopediaofArkansas.com and Delta Music and Film.