READ TO ME: “School” invites middle-schoolers to see other people 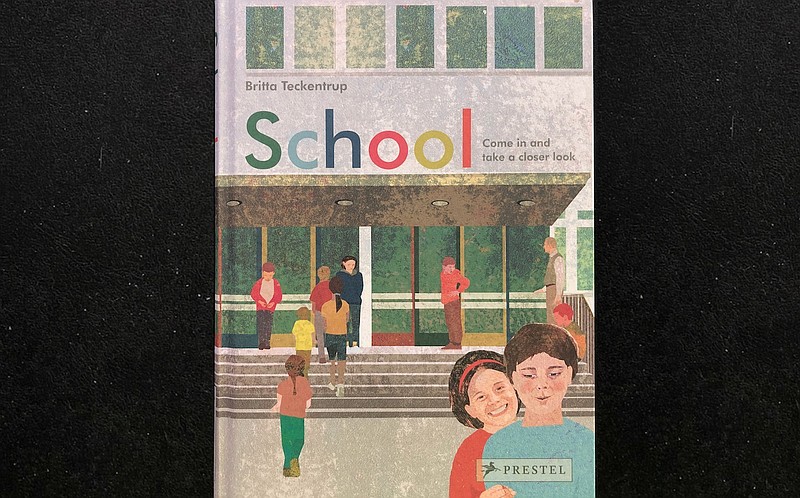 "School: Come in and Take a Closer Look"

STORY: School is full of childish people. Inexperienced individuals don't realize that other people have feelings, too, and those feelings affect their behavior. Some kids expect school to be a happy party where their needs are always met. Others expect ugly, time-wasting torture. On no planet does either such school exist. School is people. But youngsters make counterproductive judgments that others are "evil" or "good" based upon illusions.

It would prevent much middle school misery if someone explained upfront that it's normal to have more acquaintances than friends; that sometimes adults understand but sometimes they don't; that people are complicated.

This wonderfully illustrated book is narrated by a friendly girl who simply notices other people at her school. Without judgment, she describes realistic situations involving shy children, bullies, clueless adults, insightful adults, wonderful friendships, fun times ... the mixed bag that is a normal school.

Although translated from another language, the prose is fluid and engaging. It invites a child to look at others and to see their humanity.

German illustrator and author Teckentrup has written about 60 children's books, including a host of die-cut picture books for preschoolers. Also out this month in the United States is her latest die-cut preschooler book, "Kindness Grows," which illustrates the rift that unkind words open between friends. With dark pages on one side of a crack and bright pages on the other, it shows the consequences of selfish, careless words.