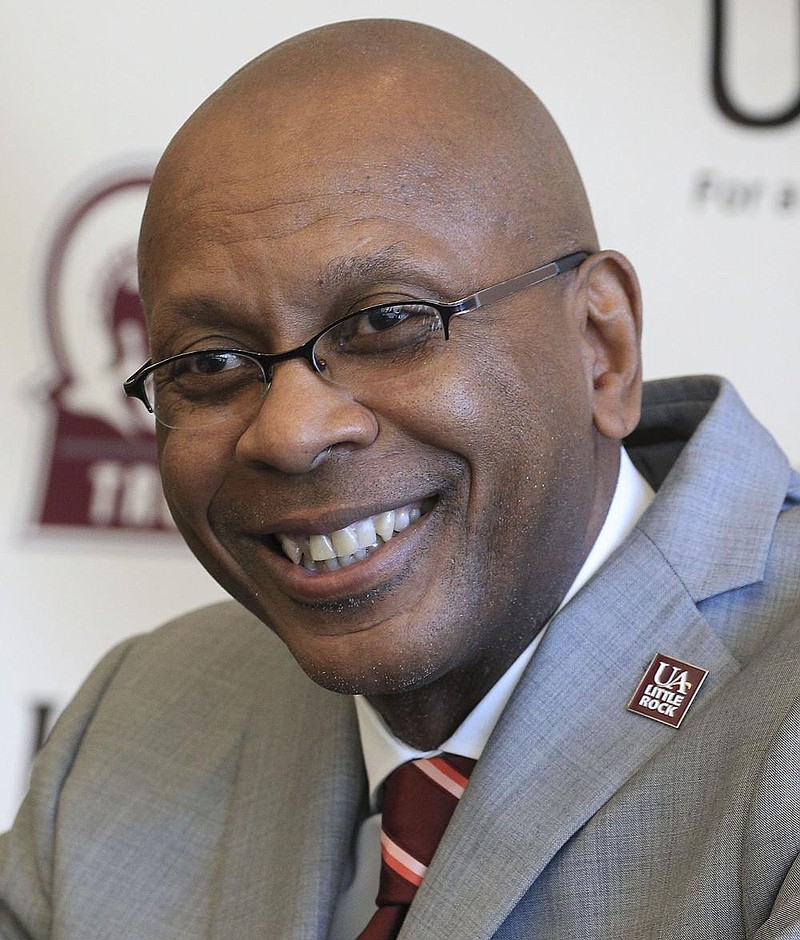 Darrell Walker would have liked a chance at Louisville to start the season.

But the second-year head basketball coach at the University of Arkansas at Little Rock won't get that chance in the Wade Houston Tipoff Classic, hosted by Louisville starting Nov. 25. Instead, Walker and UALR will face UNC-Greensboro (Nov. 25), Western Kentucky (Nov. 28), Prairie View A&M (Nov. 30), Duquesne (Dec. 3) and Winthrop (Dec. 4) at the tournament.

While Walker may not get the Cardinals, he and the Trojans have a tough challenge ahead with those five games.

"It would have been great, but it didn't work out that way," Walker said of playing Louisville. "It's still great that we could be in a bubble and our guys can be safe. And look, we're going to play some very good basketball teams. You're talking about guys that finished first in their conference. You're talking about five good games. And we need that. We need to play against some other teams and it's great competition. It's going to be a good challenge for us."

UNC-Greensboro might be the Trojans' most difficult task, though.

The 10-day tournament will have all nine participating teams stay at the Galt House Hotel in Louisville, which is adjacent to the arena. The hotel will also have a full court installed and all players, coaches and staff will have to follow covid-19 protocols.

"It's going to be interesting to see to go through it," Walker said. "At the end of the day, I tell my team that we have [to] treat every game as a road game because if this tournament doesn't do anything else, it's going to give us a good blueprint of how to play on the road with the new guys we have on the basketball team. That's how I'm looking at it. That's how I'm going to tell my team to look at it. We're just going to take it one game at a time and we'll see if we can get some wins."

As for after its nonconference schedule -- which hasn't been fully released -- the Trojans will face a difficult and unusual Sun Belt schedule.

In an attempt to limit covid-19 exposure, teams will play schools in their divisions. They will play each team four times, with games being back-to-back at home and away. UALR's Sun Belt schedule opens with two home games against Texas-Arlington on Jan. 1 and Jan. 2.

"I wasn't a fan of it, and I let it be known with the coaches I wasn't a fan of it," Walker said. "I don't want to play somebody four times, go back-to-back. But it's the way the schedule is and I'm going to get my guys ready to play. Even though you play the same opponent twice, we're going to take it one game at a time."

But until then, Walker has his team preparing for the Louisville tournament, which his team is anxious to play in.