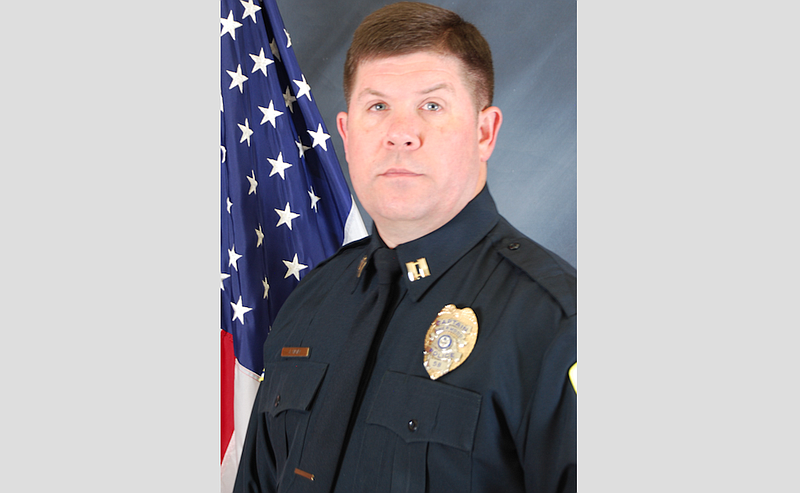 Sherwood’s next police chief is someone with 24 years worth of institutional knowledge and experience, city officials said Tuesday.

Jeff Hagar, who has worked for the Sherwood Police Department since January 1997, was named the next chief of police by Mayor Virginia Young, according to a news release issued by the city on Tuesday.

“It is an honor to be replacing such a fine man and leader as Chief James Bedwell,” Hagar said in the release. “I intend to continue where he left off, providing professional and dedicated service to the citizens of Sherwood, the finest City in the State of Arkansas.”

Hagar is currently the commander of the department’s administrative division. The areas he oversees in that role include criminal investigations, training, internal affairs and the honor guard.

When he started, Hagar was a patrol officer. Years later, after several promotions, he commanded the entire patrol division.

Beginning in late January, Hagar will oversee every facet of the agency.

“Jeff Hagar is the ideal candidate for Chief,” Young said in the release. “Over the years, he has shown integrity, leadership and devotion to our police department.”

During much of his employment, Hagar also served in the 189th Security Forces Squadron of the Arkansas Air National Guard, the release states. His military career ran from 1990 until 2019, at which time he retired as a chief master sergeant.

Hagar also graduated from the F.B.I. Academy, according to the city.

Young said she had “complete confidence” that Hagar would flourish in his new role, based on his police and military training, as well as his leadership.