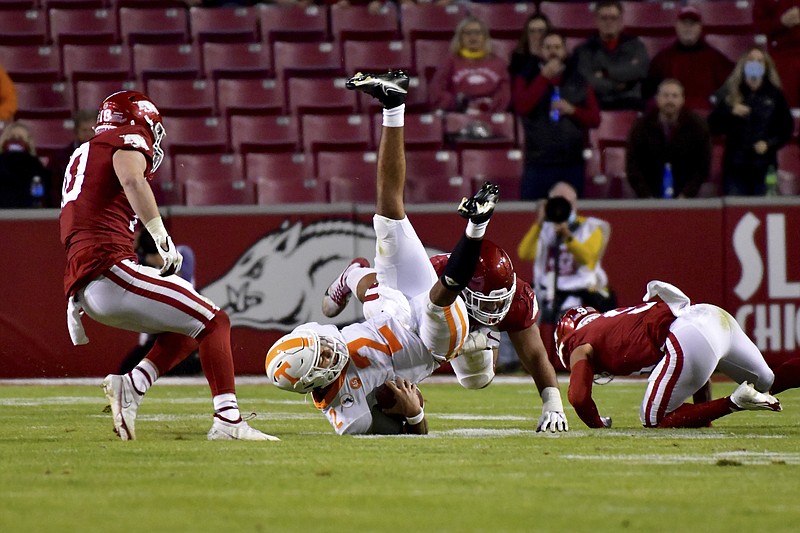 The Tennessee Volunteers have been able to take leads into halftime. When they come out of the locker room for the third quarter, that's when the horror show starts.

The Vols (2-4) have lost four in a row in part because they've been outscored 61-7 in the third quarter. They wound up blowing a 13-0 lead at the University of Arkansas by giving up 24 consecutive points in the third quarter of the 24-13 loss Saturday.

It didn't help when quarterback Jarrett Guarantano appeared to hit his head at the end of a run on Tennessee's opening drive of the quarter, knocking him out of the game. Coach Jeremy Pruitt said Monday that Guarantano is day to day.

The coach did find one positive thing about the disappointing third quarter. Pruitt said the turnovers and penalties that had been an issue in the third didn't happen against Arkansas.

"To me, just philosophically, offensively, we've got to be much more aggressive, got to push the ball down the field, and that's something that we've talked about as a staff and have continued to talk about it," Pruitt said. "We've got to be able to give our kids an opportunity to have success doing that."

The Vols punted five times before the final two drives ended in interceptions. After Guarantano left the game, Brian Maurer entered and didn't complete any of his four passes.

Freshman Harrison Bailey was 6-of-9 passing for 65 yards on mostly check-down passes, and he also ran twice for 7 yards, putting Tennessee in position to score. But he was intercepted on fourth and 4 when Pruitt chose not to kick a field goal. Bailey's second interception came in the end zone to end the game.

"If I had it back, absolutely I would have kicked it," Pruitt said.

With Guarantano hurt, Pruitt said they'll work with the other quarterbacks this week on a game plan that can fit all of them. Tennessee hosts No. 5 Texas A&M (5-1) on Saturday, though the Aggies paused their in-person activities Monday after a player and a staff member tested positive for covid-19.

Tennessee threw only two passes in the third quarter, and Pruitt said they've got to attack more and execute better.

"We've got to call an aggressive game and when we do that, we have to execute it so that we can soften the other team up," Pruitt said.

The Vols also need to play better defensively in the third quarter. They opened the quarter allowing Arkansas to go on a 75-yard, 17-play touchdown drive. Pruitt said the Vols played well for three of four quarters.

"We need to play cleaner on defense," Pruitt said. "I felt like our guys did that for the majority of the game. We just had a couple of mistakes and they took advantage of it. That's something that we've got to eliminate."

Pruitt is 15-16 at Tennessee, the same record as Butch Jones at the same point. Pruitt said he's just as restless right now as fans. 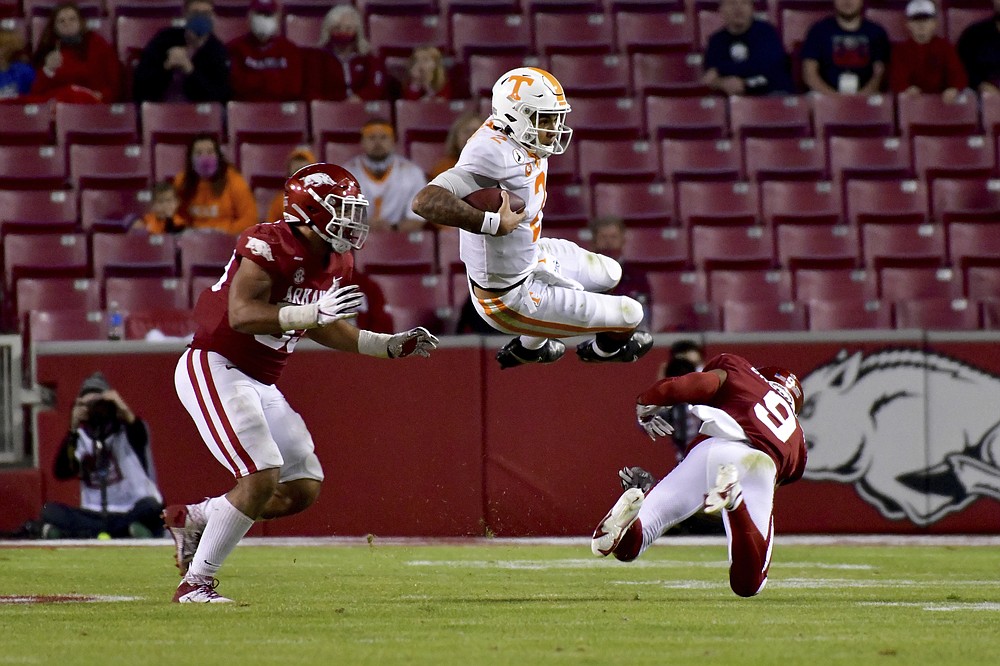 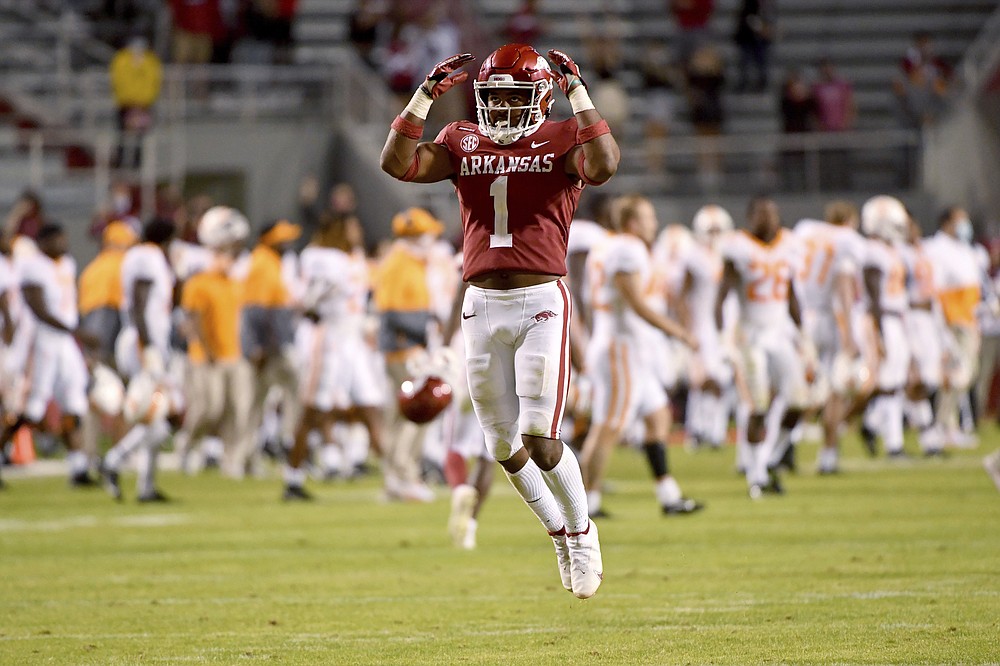