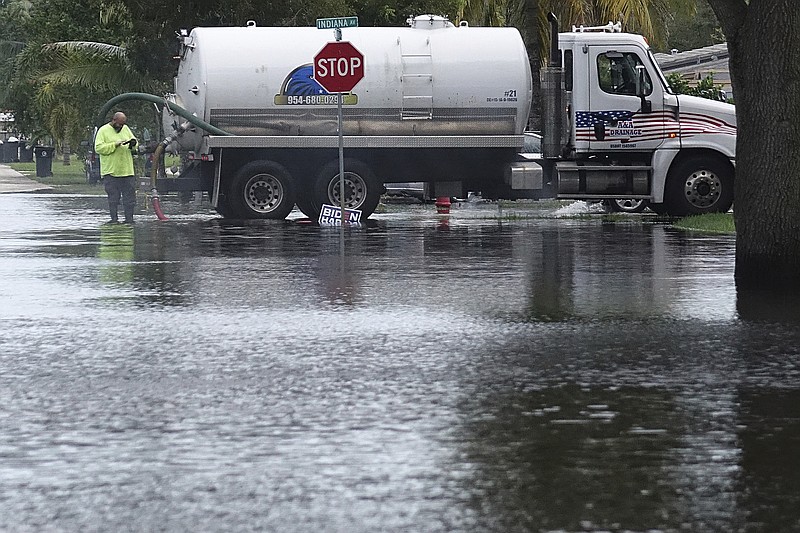 FORT LAUDERDALE, Fla. -- Tropical Storm Eta is parked off the western coast of Cuba, dropping rain. When it finally moves again, computer models and human forecasters are befuddled about where it will go and how strong it will be.

Meanwhile, Tropical Storm Theta -- which formed overnight and broke a record as the 29th named Atlantic storm of the season -- is chugging east toward Europe on the cusp of hurricane status. The last time there were two named storms churning at the same time this late in the year was in December 1887, Colorado State University hurricane researcher Phil Klotzbach said.

Additionally, a tropical wave moving across the Atlantic somehow survived the mid-November winds that usually decapitate storms. The system now has a 70% chance of becoming the 30th named storm. If it forms, it is heading generally toward the same region of Central America that was hit by Eta.

Never before have three named storms been twirling at the same time this late in the year, Klotzbach said. Hurricane records go back to 1851, but before the satellite era, some storms were likely missed.

"Someone didn't give the tropics the memo that its mid-November. This map doesn't look normal," said University of Miami hurricane researcher Brian McNoldy. "Usually by this time of year, the season is basically over. Now we've got the 28th, 29th and maybe 30th storm going on at the same time."

Generally fewer than one storm forms in the Atlantic hurricane basin in November but not this year, said Mike Brennan, branch chief for hurricane specialists at the hurricane center.

[Video not showing up above? Click here to watch » https://www.youtube.com/watch?v=hfUqIAwUudU]

For the moment, the biggest threat and biggest conundrum is Eta, which struck Nicaragua as a Category 4 hurricane, killing more than 100 people from Mexico to Panama. By Tuesday afternoon, it was lingering just north of the Yucatan Channel between Cuba and Mexico, with top winds of 60 mph.

Eta continued to swell rivers and flood coastal zones in Cuba. Some 25,000 people were evacuated with no reports of deaths, but rainfall continued, with total accumulations of up to 25 inches predicted.

The rain kept falling Tuesday in south Florida, where as much as 23 inches were expected to accumulate. Eta barely hit land late Sunday as it blew over Lower Matecumbe Key on its way into the Gulf of Mexico, but the storm dumped water over densely populated neighborhoods from Monroe to Palm Beach counties. McNoldy has logged more than 90 inches of rain at his Miami house this year, a record.

"Once the ground becomes saturated, there's really no place for the water to go," Fort Lauderdale Mayor Dean Trantalis said.

"Now I have fish in my yard and everything, it's rough," Davie resident Troy Rodriguez said.

The problem with forecasting Eta is the lack of steering currents that push or pull a storm. Eta's ultimate track depends on how strong it gets because weaker and stronger storms are steered by different parts of the atmosphere, scientists said.

A report from the National Hurricane Center included the line that forecasters have "little confidence in the long-range track forecast."

The map of computer model tracks for Eta looks like a "squashed spider," Klotzbach said, referring to the many outstretched lines that trace its possible movement.

The weaker the storm is the more west it should spin after Thursday, steered by lower-level winds. But if it's stronger, it is more likely to go north or northeast, directed by deeper winds, McNoldy said.

For now, the hurricane center expects the system to go north, not showing a distinct turn, at least not quickly. The overall message is that everyone in the area should pay attention to Eta, Brennan said.

"The good news is in the short term, it's not going to move anywhere fast," Brennan said.

Past research has shown that hurricanes across the globe are moving slower and stalling more, perhaps because of climate change, according to National Oceanic and Atmospheric Administration climate and hurricane scientist Jim Kossin.

So far this year, Eta, Zeta, Beta, Sally and Isaias stalled or slowed, but it is too soon to tell if there's any pattern, Brennan said.

Information for this article was contributed by Adriana Gomez-Licon, Cody Jackson, Tamara Lush and Haleluya Hadero of The Associated Press. 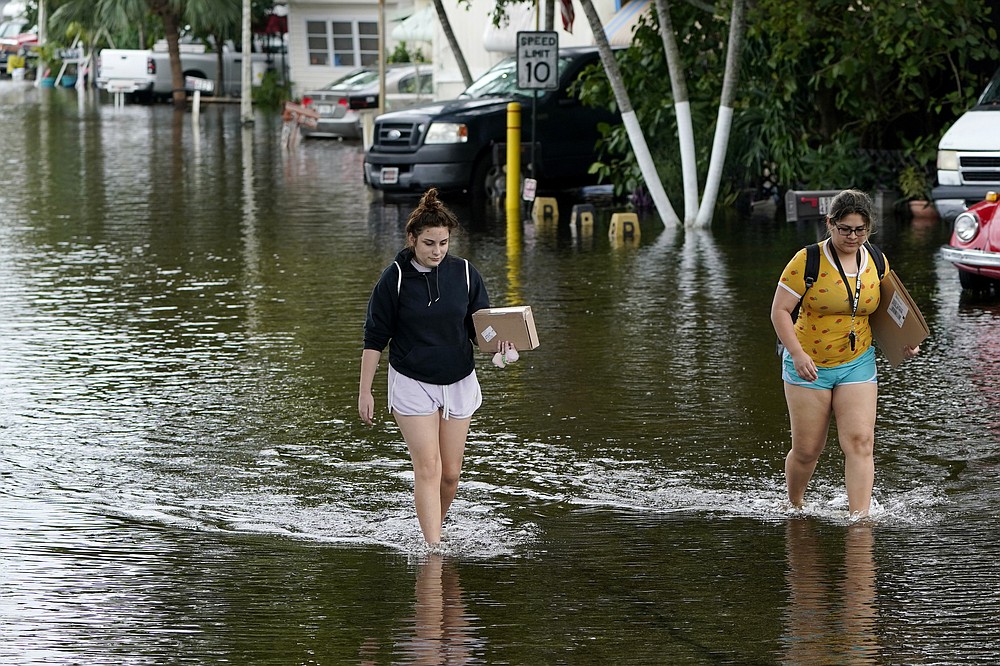 Victoria Rodriguez, left, and Angela Mojica, right, walk on a flooded street in the Driftwood Acres Mobile Home Park, in the aftermath of Tropical Storm Eta, Tuesday, Nov. 10, 2020, in Davie, Fla. Tropical Storm Eta was squatting off western Cuba on Tuesday after drifting away from South Florida, where it unleashed a deluge that flooded entire neighborhoods and covered the floors of some homes and businesses. (AP Photo/Lynne Sladky) 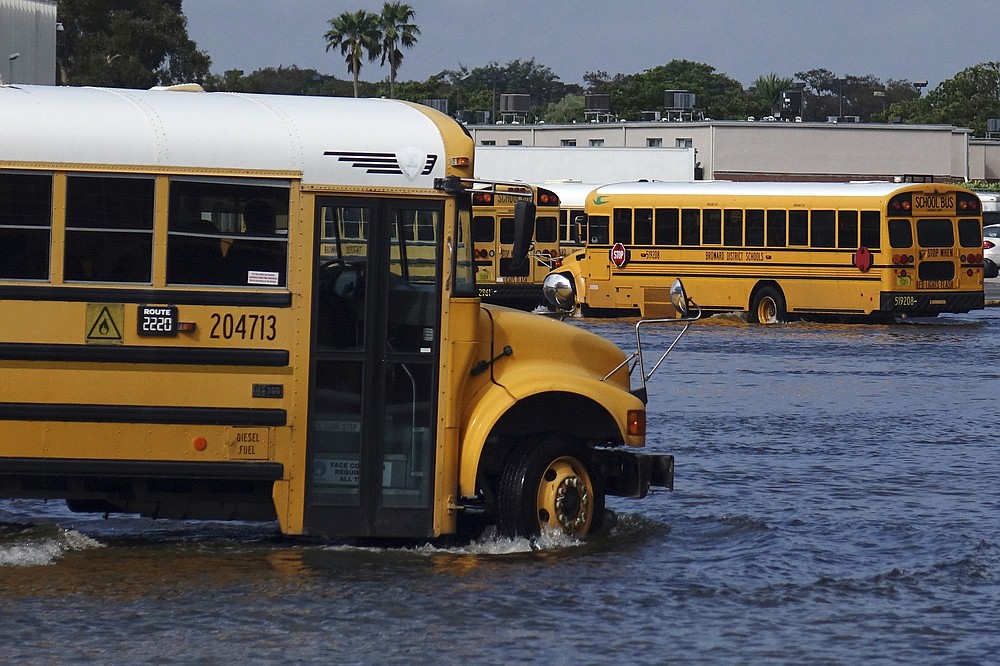 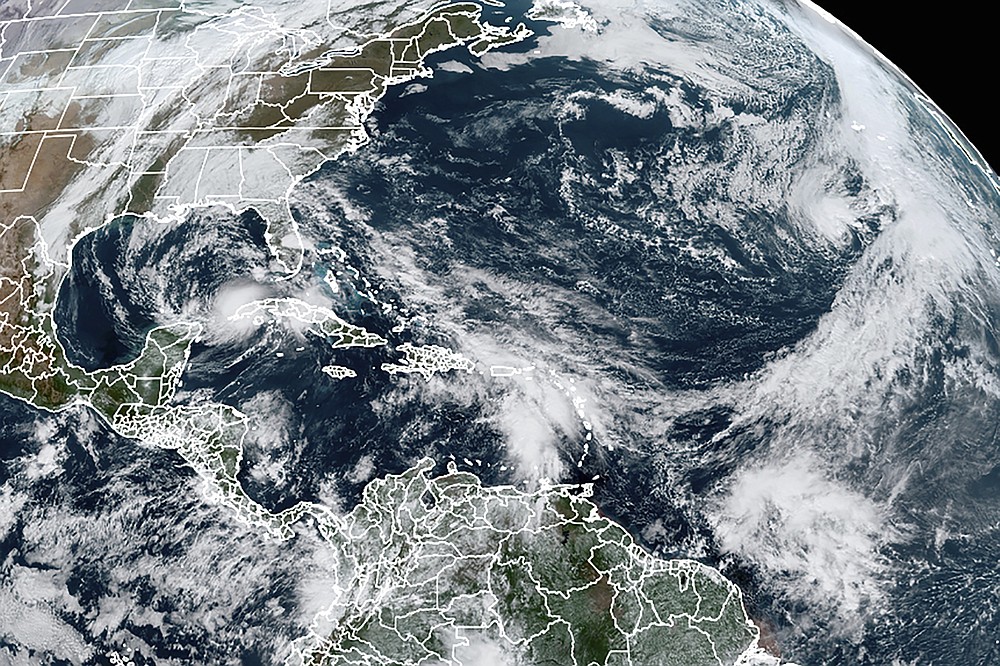 This Tuesday, Nov. 10, 2020, satellite image made available by NOAA shows Tropical Storm Eta at 10:40 a.m. EST in the Gulf of Mexico, Theta, right, and a tropical wave to the south that forecasters say has a good chance of becoming Tropical Storm Iota. (NOAA via AP) 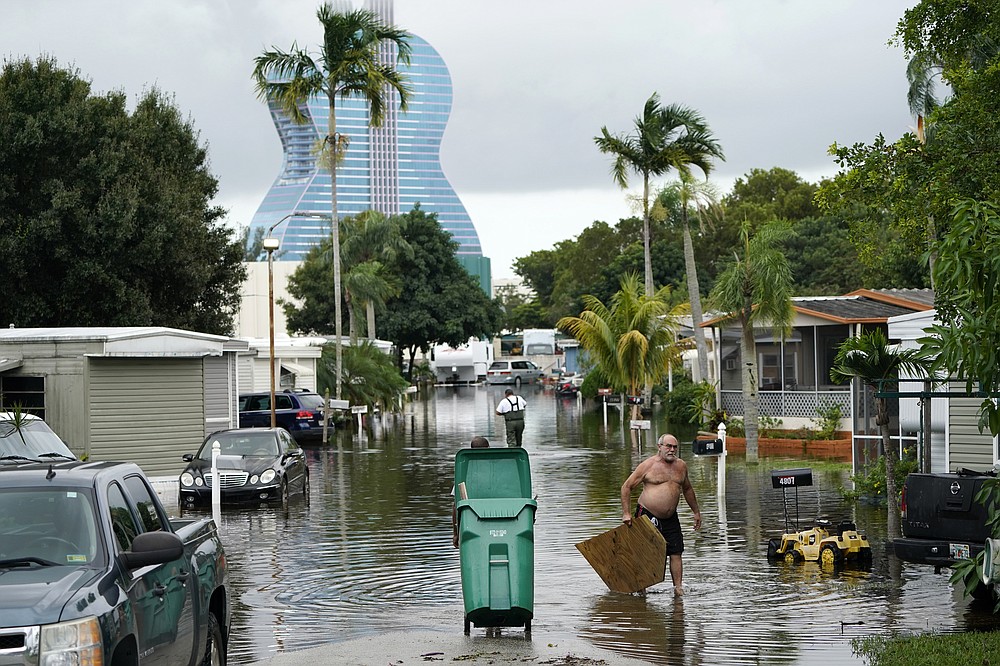 Residents clear debris from a flooded street in the Driftwood Acres Mobile Home Park in the shadow of the Guitar Hotel at Seminole Hard Rock, in the aftermath of Tropical Storm Eta, Tuesday, Nov. 10, 2020, in Davie, Fla. Tropical Storm Eta was squatting off western Cuba on Tuesday after drifting away from South Florida, where it unleashed a deluge that flooded entire neighborhoods and covered the floors of some homes and businesses. (AP Photo/Lynne Sladky) 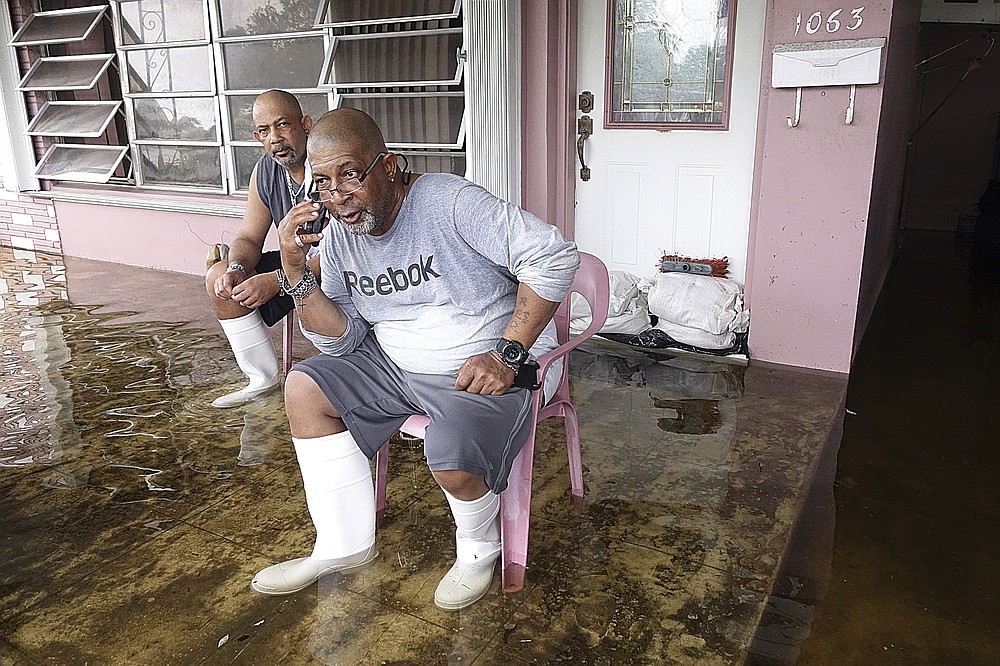 Dalvin, left, and his brother Eric Gaines sit on the porch of thier flooded home in Melrose Park in Fort Lauderdale, Fla., Tuesday, Nov. 10, 2020. Tropical Storm Eta is squatting off western Cuba, and forecasters say it's unclear where it might strike land again. It dumped torrential rain on Cuba and South Florida, flooding entire neighborhoods. (Joe Cavaretta/South Florida Sun-Sentinel via AP)
ADVERTISEMENT