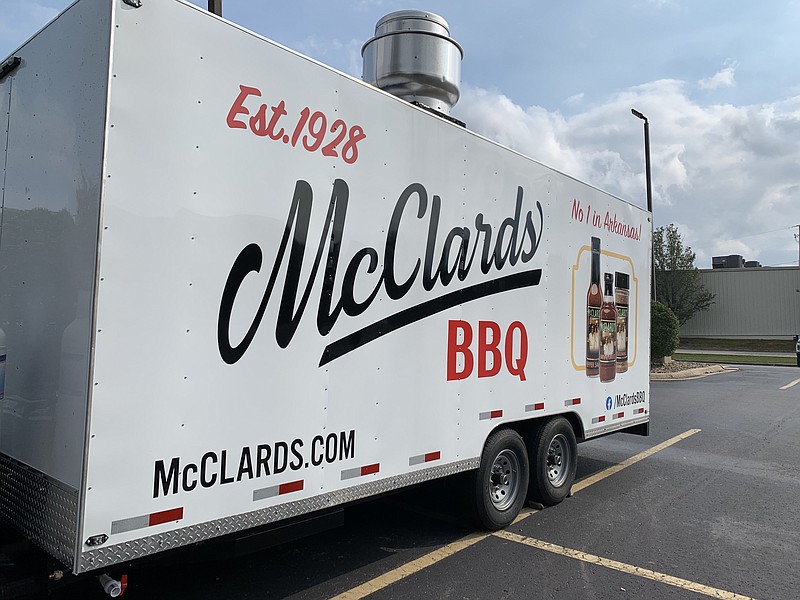 McClard's Bar-B-Que will operate a food truck in Little Rock starting Nov. 18. (Special to the Democrat-Gazette)

The food truck, set to appear at 11 a.m. Wednesday, Nov. 18, in the parking lot of Bones Chophouse, 27 Rahling Circle off Chenal Parkway, will serve barbecue that day until it runs out.

It’s the restaurant’s first official expansion since its doors opened in 1928, according to a news release.

Scott McClard, the third-generation member of the McClard family to operate the restaurant, noted in the release that the restaurant, 505 Albert Pike Road, Hot Springs, has been hickory-smoking meat and making its “famous secret recipe sauce” for more than 90 years.

“While Hot Springs is still our home, we’re excited to see our barbecue hit the road and visit new spots in Arkansas,” he said.

Restaurateur Lee Beasley and business partner Dean Jennings, who own Bones Chophouse, which also has a Hot Springs restaurant, bought McClard’s in May. McClard family members have continued to be involved with the restaurant.