Expert: Turkey prices up a bit from last year 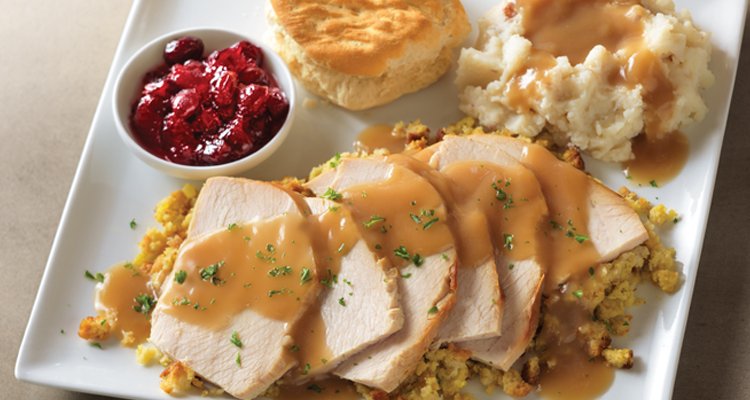 As the covid-19 pandemic continues toward another peak of new cases in the United States, even the most stalwart of family holiday gatherings, Thanksgiving, will likely be affected. Beyond complications of holiday travel, social distancing and general health concerns, there remains the perennial question: What's a good bird cost these days?

John Anderson said the answer is, apparently, "a bit more than it did last year."

Anderson is an economist for the University of Arkansas System Division of Agriculture and the Dale Bumpers College of Agricultural, Food and Life Sciences.

In his analysis of the U.S. Department of Agriculture's October Livestock, Dairy and Poultry Outlook report, Anderson said 2020 turkey production is down about 1.5% from 2019.

"Like everything else, the turkey market has been significantly disrupted by this year's unprecedented events," Anderson said. "This decline is largely driven by a sharp drop in second quarter production coinciding with the processing plant disruptions associated with the Covid pandemic."

Second-quarter production in 2020 is estimated to be down nearly 6% from 2019, according to the USDA report.

"The year-to-date decline in turkey production shows up as smaller stocks of frozen turkeys in cold storage," Anderson said.

He said the October Cold Storage Report, also published by the USDA, reflected a 12% lower supply of frozen turkeys -- both toms and hens -- than were available a year ago, with stocks falling 4% in September alone.

"Part of this may also be a positive demand side effect," he said. "Turkey is more of an at-home food than beef and chicken. It may well be that turkey sandwiches made at home were a frequent substitute for fast food burgers and chicken sandwiches while food service outlets were closed."

Given that unusual market support, both wholesale and retail turkey prices have been higher throughout most of 2020. The average wholesale price of frozen turkeys in the 16-24 pound range was 18% higher in October compared with a year before. Retail prices were also about 10% higher, with national retail prices averaging 99 cents a pound.

"It is worth noting that 99 cents per pound is still a really inexpensive protein," Anderson said. "Retailers typically feature turkey aggressively as a special promotional item at this time of year. Customers who come into the store for a really cheap turkey will also probably pick up their sweet potatoes, cranberries, corn, green beans, etc., while they are there. It's a great marketing strategy that pretty much every store deploys during the holiday season."

Anderson said he believes that will also be the case for the 2020 holiday season, although things are off to "a bit of a slow start."

According to the most recent retail activity report from the USDA, about 2,500 stores nationwide reported featuring turkey in their end-of-October sale promotions. During the same week last year, about 8,500 stores featured turkey in their advertisements. Anderson said the "turkey featuring" activity will pick up steam as Thanksgiving draws near.

Since most Americans haven't purchased Thanksgiving turkeys yet, "most consumers will still get the benefit of these sale prices," he said.

Despite the elevated prices, Anderson said Americans still have much to be thankful for, especially in the realm of high-quality agriculture production.

"There is no doubt that 2020 has been a challenging year for everyone," he said. "Despite the challenges, safe and high-quality food has remained consistently available in an almost unimaginable variety at remarkably affordable prices.

"Most Americans will be able to enjoy a special holiday meal that would have been considered a wildly unattainable luxury by most people throughout human history," he said. "With all that has gone on this year, that is something worth pausing to give thanks for."

To learn more about extension and research programs in Arkansas, visit https://division.uaex.edu/. Follow the agency on Twitter at @AgInArk, @uaex_edu or @ArkAgResearch.