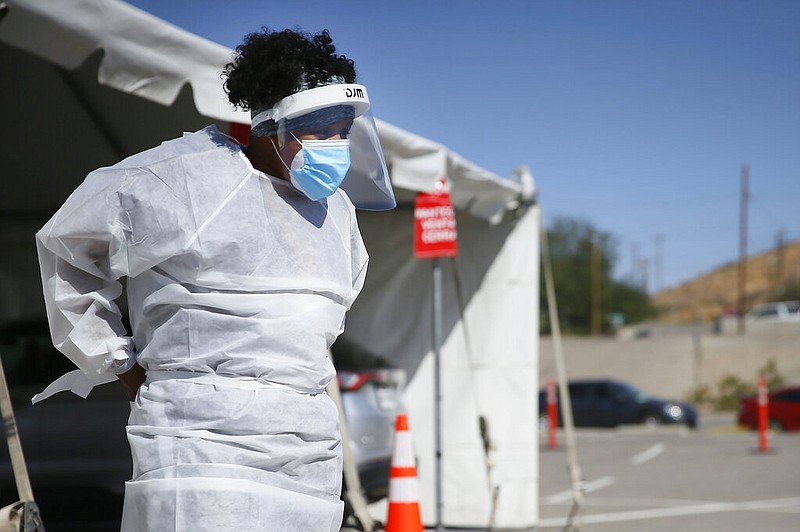 Texas on Wednesday became the first state with more than 1 million confirmed covid-19 cases, and California closed in on that mark as a surge of coronavirus infections engulfs the country from coast to coast.

In New York, Gov. Andrew Cuomo said all restaurants, bars and gyms statewide will have to close at 10 p.m. starting Friday, a retreat in a corner of the U.S. that had seemingly gotten the virus largely under control months ago. He also barred private gatherings of more than 10 people.

The U.S. has recorded more than 240,000 deaths and about 10.3 million confirmed infections, with new cases soaring to all-time highs of well over 120,000 per day over the past week. Health experts have blamed the increase in part on the onset of cold weather, and growing frustration with mask-wearing and other precautions.

[Video not showing up above? Click here to watch » https://www.youtube.com/watch?v=bGZEUx1ZQFA]

Among the many health officials sounding the alarm was Dr. Julie Watson of Integris Health in Oklahoma.

"We are in trouble," she said. "If nothing is done soon to slow the rise in cases, our hospitals will be more overwhelmed than they already are, and we won't be able to be there for all of those who need it."

Oklahoma's health department said Wednesday that 1,248 people were hospitalized for confirmed or probable coronavirus, shattering the previous one-day record of 1,055.

Texas reported 10,865 new cases Tuesday, breaking a record set in mid-July. One of the hardest-hit places is the border city of El Paso; its county has nearly 28,000 active cases and has suffered more than 680 covid-19 deaths.

"With the holidays quickly approaching, each of us must do everything possible to reduce the spread of covid-19, " American Medical Association President Susan Bailey said. "Failing to do our part will prolong the suffering and disruption to our lives and inevitably lead to more deaths of our friends, neighbors and loved ones."

On Tuesday, Minnesota Gov. Tim Walz said he wishes the neighboring Dakotas would take more aggressive steps to slow the spread of the coronavirus, singling out South Dakota Gov. Kristi Noem for criticism.

Walz made the comments during a news conference in St. Paul where he announced new restrictions on bars, restaurants and gatherings in Minnesota. He lamented that Minnesota is catching up with the Dakotas, which lead the country in new cases per capita.

The Democratic governor said he's not blaming neighboring states for that, but he said this summer's Sturgis Motorcycle Rally in South Dakota was "absolutely unnecessary," and that data shows it helped spread the virus beyond that state. Singling out Noem, who is a Republican, he said he wishes the state would have canceled the rally and imposed a statewide mask mandate, as Minnesota has.

"And this one's a little bit personal because the governor of South Dakota has taken to traveling to other states and criticizing others -- now at a time when that state's hospital capacity is overwhelmed," Walz said.

Noem has repeatedly said she won't issue a statewide mask requirement and has voiced doubts about health experts who say face coverings prevent infections from spreading.

Fury also pointed to comments made by U.S. Surgeon General Jerome Adams on Tuesday in Pierre, where he said South Dakotans don't need a mandate to do the right thing and wear masks voluntarily.

"Gov. Noem has provided her people with all of the science, facts, and data, and then trusted them to make the best decisions for themselves and their loved-ones," Fury said. "She will be continuing that approach."

Elsewhere in the country, North Carolina reported its highest single-day increase in coronavirus cases since the start of the pandemic, with 3,119 people -- 8% of those tested -- testing positive for the virus.

Maryland Gov. Larry Hogan, a Republican, announced plans to return the state to restrictions that haven't been in place for months, including a 50% capacity limit on restaurants and a new health advisory urging a 25-person cap on indoor gatherings. Hogan also issued an updated travel advisory, asking residents to avoid nonessential travel to 35 states with high infection rates.

In Nebraska, which is setting records for the number of people hospitalized with the virus, new restrictions took effect Wednesday. Those include a requirement that masks be worn at businesses where employees have close contact with customers for more than 15 minutes, such as barbershops, and a limit on large indoor gatherings to 25% of a building's capacity. Nebraska Gov. Pete Ricketts and his wife have gone into quarantine after being exposed to someone with the virus.

And in Utah, a group of teachers is encouraging colleagues across the state to call in sick today and use the day off to get tested for the virus. Some teachers believe the action could prompt state officials to do more to increase classroom safety.

Meanwhile, the outbreak at the White House widened as at least three more people, including White House political director Brian Jack, have tested positive for coronavirus.

Jack, who attended Trump's election night event in the East Room of the White House, and one of his aides both tested positive for the virus, according to two sources familiar with the diagnosis who requested anonymity to discuss private medical information. So too did political adviser Healy Baumgardner, a Trump ally who attended the White House election night party as a guest of Trump lawyer Rudy Giuliani.

The White House declined to comment, and a spokesman for Giuliani did not immediately return a request for comment. The New York Times was first to report Jack's positive test.

Information for this article was contributed by David Crary and Steve Karnowski of The Associated Press; by Brady Dennis, Jacqueline Dupree, Marisa Iati, Brittney Martin, Lenny Bernstein, Laurie McGinley and Carolyn Y. Johnson of The Washington Post; and by Jennifer Jacobs and Justin Sink of Bloomberg News. 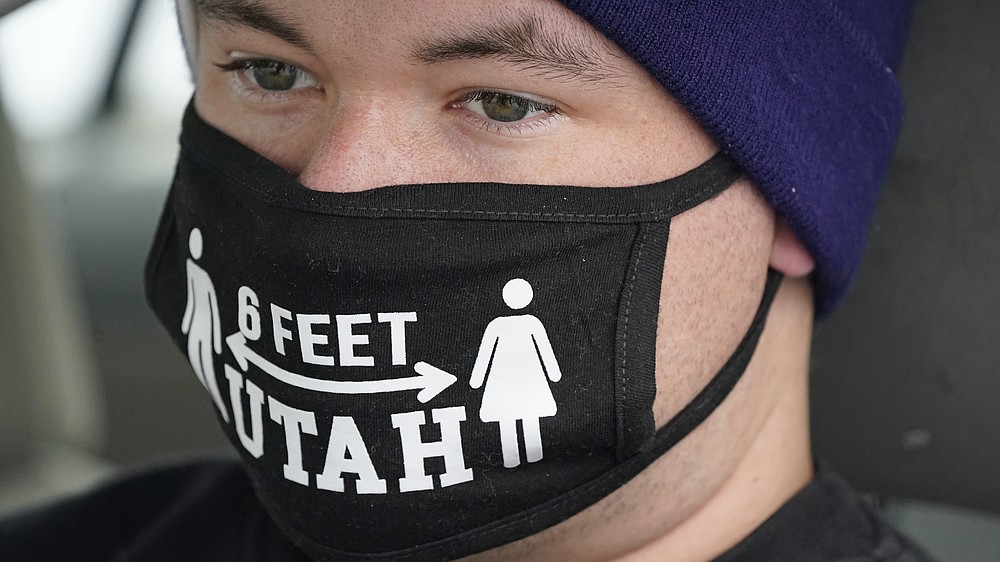 FILE - In this Nov. 10, 2020, file photo, Jon O'Brien sits at the Utah National Guard's mobile testing site for COVID-19 in Salt Lake City. The U.S. has recorded about 10.3 million confirmed infections, with new cases soaring to all-time highs of well over 120,000 per day over the past week. (AP Photo/Rick Bowmer, File) 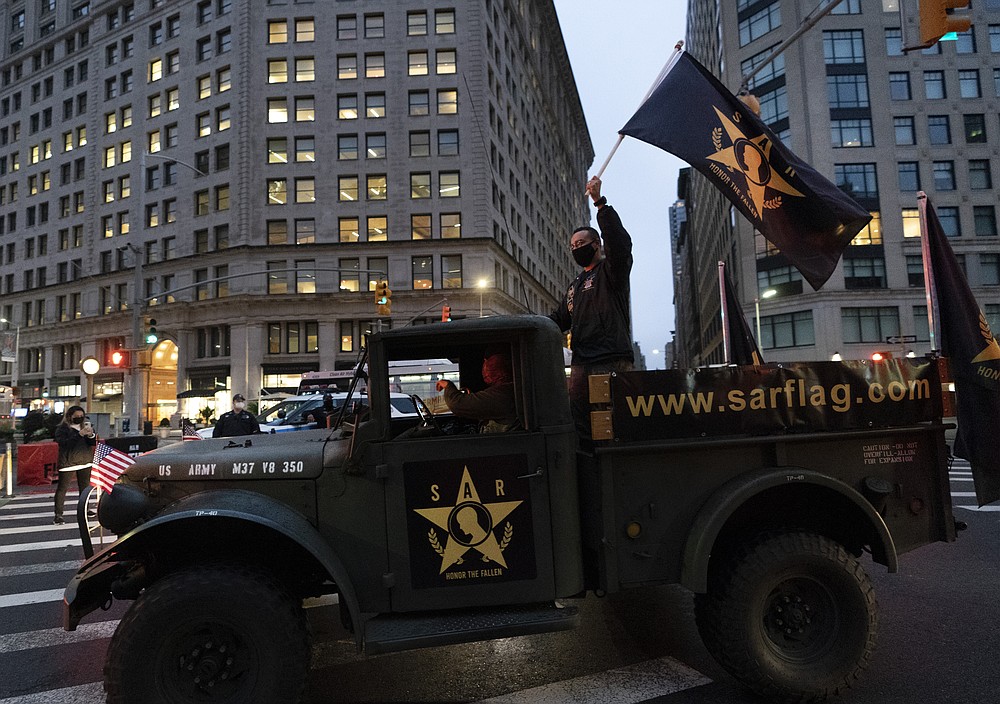 A man waves a flag as he stands in the back of a military vehicle during a Veterans Day parade, Wednesday, Nov. 11, 2020 in New York. The 100-vehicle parade, with no spectators, was held during the coronavirus pandemic to maintain the 101-year tradition of veterans marching on Fifth Avenue. The U.S. has recorded about 10.3 million confirmed infections, with new cases soaring to all-time highs of well over 120,000 per day over the past week. (AP Photo/Mark Lennihan) 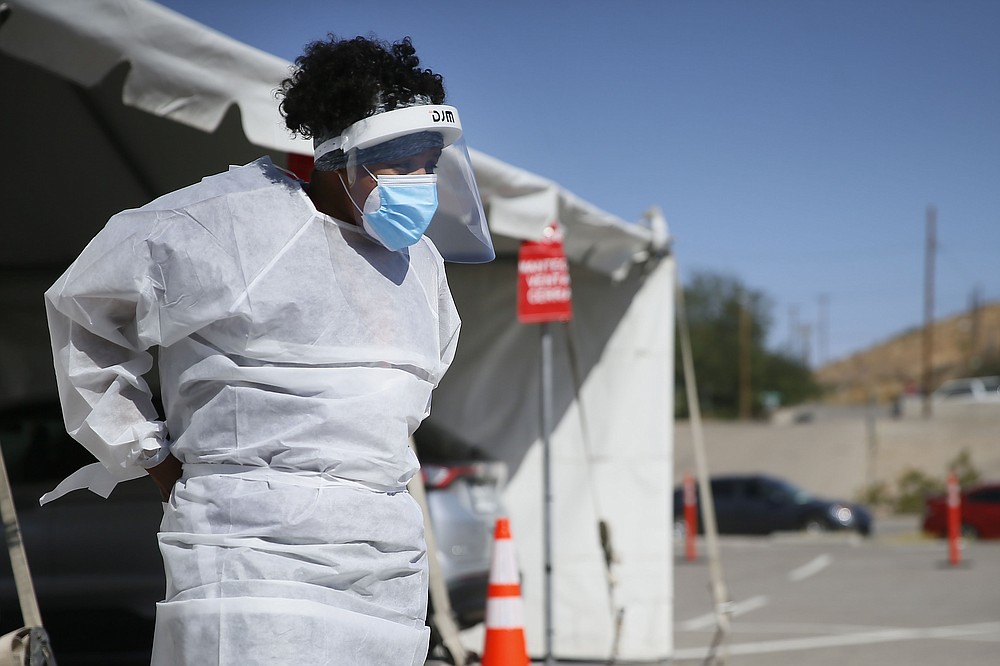 FILE - In this Oct. 26,2020, file photo, a medical worker stands at a COVID-19 state drive-thru testing site at UTEP, in El Paso, Texas. The U.S. has recorded about 10.3 million confirmed infections, with new cases soaring to all-time highs of well over 120,000 per day over the past week. (Briana Sanchez/The El Paso Times via AP, File) 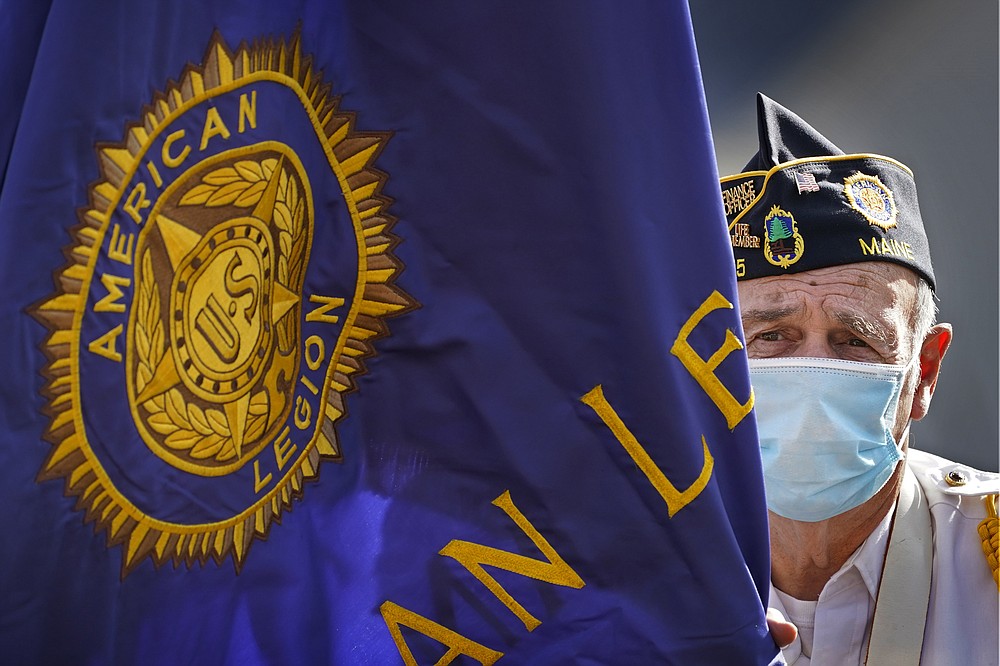 Dick Bell, the post adjutant of the American Legion Post 155, wears a face covering to help prevent the spread of the coronavirus while taking part in a Veterans Day ceremony, Wednesday, Nov. 11, 2020, in Naples, Maine. The U.S. has recorded about 10.3 million confirmed infections, with new cases soaring to all-time highs of well over 120,000 per day over the past week. (AP Photo/Robert F. Bukaty) 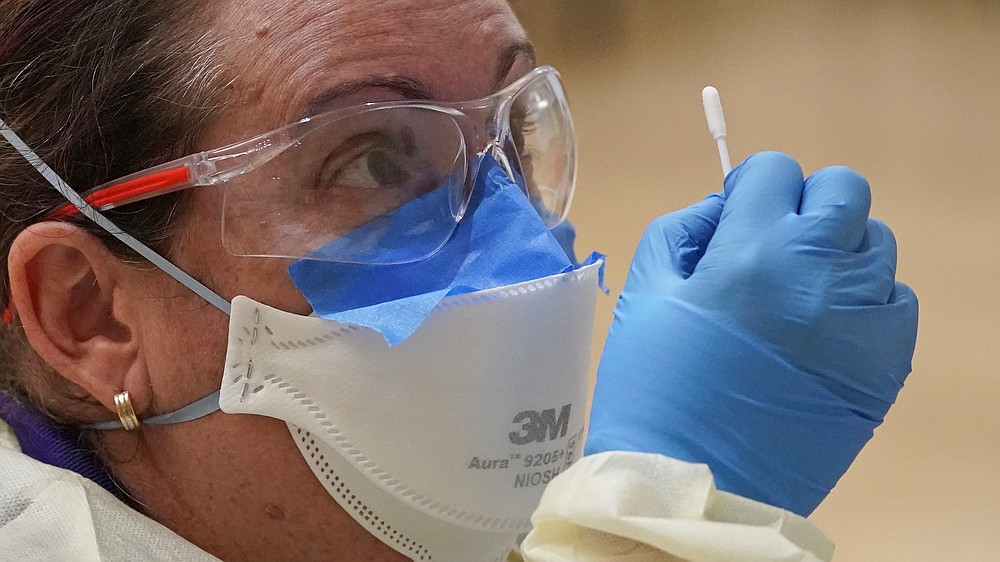 FILE - In this Nov. 11, 2020, file photo, Rachel Arden instructs a student on how to self-administer a rapid COVID-19 test at Weber State University in Ogden, Utah. The U.S. has recorded about 10.3 million confirmed infections, with new cases soaring to all-time highs of well over 120,000 per day over the past week. (AP Photo/Rick Bowmer, File)
ADVERTISEMENT