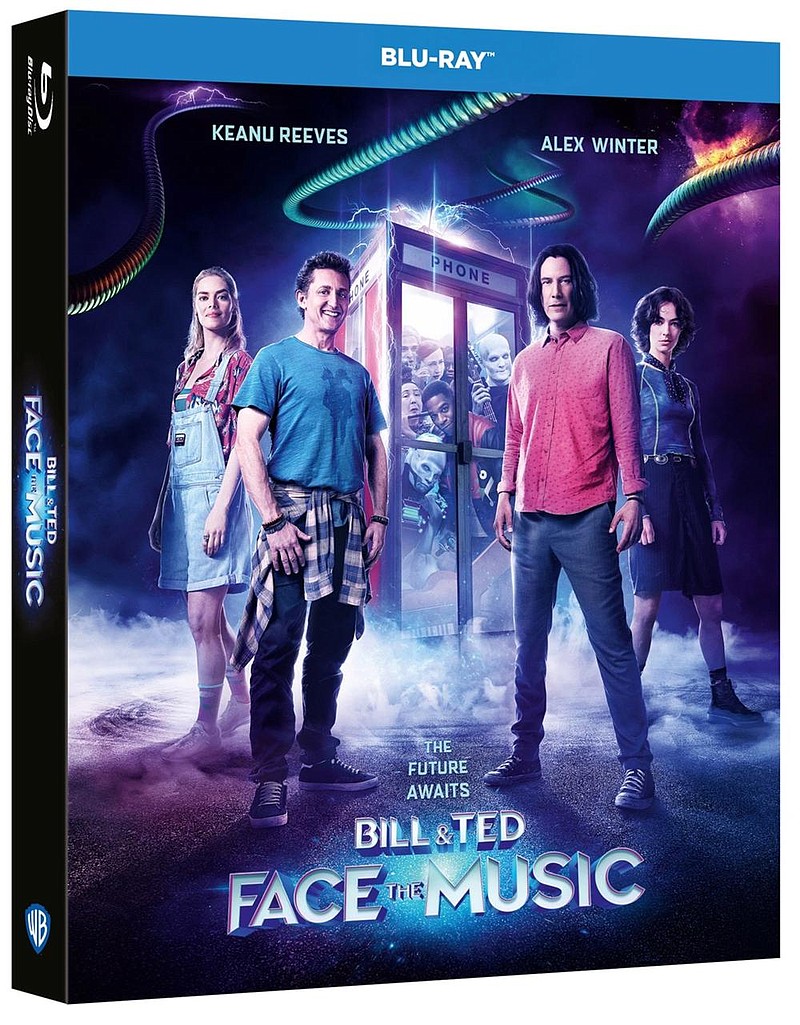 Although Keanu Reeves looks sorta awful with poorly styled pitch-black hair, and Alex Winter hasn't acquired any gravitas since we last saw him in 1991's "Bill & Ted's Bogus Journey" (which followed 1989's Bill & Ted's Excellent Adventure"), the pair of slackers still can charm those that find their laid-back schtick appealing.

Here the endlessly wannabe rockers revisit their science-fiction comedic formula by being instructed by a messenger from the future that they must write a perfect song to save the universe.

Now that they're both middle-aged dads, the task may not be as easy as it once was, especially since time travel is involved, so a plan that involves cheating via time travel is developed.

"A Rainy Day in New York" (PG-13, 1 hour, 32 minutes) A mediocre, severely dated Woody Allen comedy (his 50th) is set in -- where else? -- New York, where two college students spend a weekend with dreadful weather and encounter some typical Woody Allen characters.

"Byeonshin" or "Metamorphosis" (R, 1 hour, 53 minutes) Too melodramatic and unoriginal to be scary, this exorcism horror effort concerns an evil spirit that can change faces, which is useful when it changes faces to sneak into a family circle with bad intent.

"Mortal" (R, 1 hour, 44 minutes) A slow-moving psychological drama set in Norway in which a strange young man roams around, showing off his unpopular power to make objects and people burn by touching them.

"I Like Money" or "Mr. Topaze" (Not rated, 1 hour, 37 minutes) Peter Sellers only directed one movie -- this bittersweet character comedy from 1961.

Based on a Marcel Pagnol play, it stars Sellers as the eponymous Topaze, a poor, provincial French schoolteacher who loses his job after refusing to compromise his integrity.

"Guest House" (R, 1 hour, 24 minutes) Aren't stoner comedies over? Apparently not, as here we have a drug-infused, poorly edited attempt at the worn-out sexist, homophobic comedy genre in which an engaged couple, upon finding a dream home in which to start their lives together, discover that the previous owner's loser friend hasn't quite hauled himself out of the guest house.

"Billie," (Not rated, 1 hour 36 minutes) While it's far from the definitive Billie Holiday biography, director James Erskine makes good use of the hours of interviews recorded during the 1970s by journalist Linda Lipnack Kuehl.

Kuehl died before being able to do much with her material, which serves as the foundation for this film, which in addition to bolstering the conventional impression of Holiday as a deeply talented, deeply troubled artist, benefits from a generous dollop of her music.