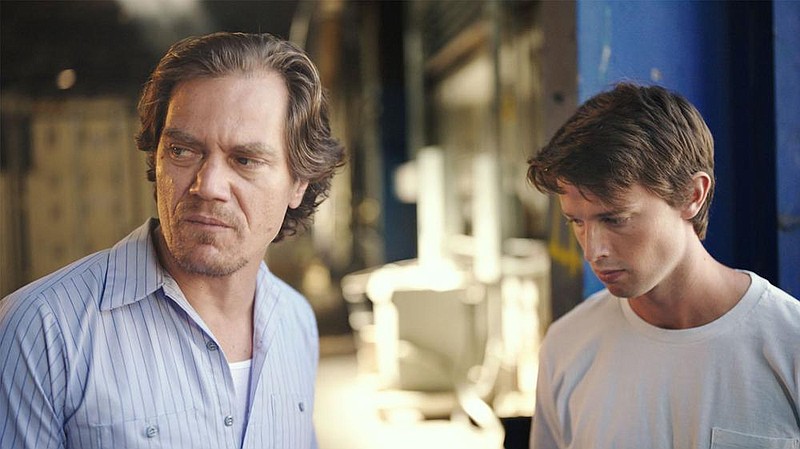 Seth Savoy grew up in Maumelle and attended Little Rock's Catholic High. He went to the University of Central Arkansas for two years before being offered a scholarship from Columbia College in Chicago, a private institution that specializes in visual arts and media studies. His first feature film, "Echo Boomers," is opening in theaters and on VOD today.

That would be enough to justify a full-blown feature on Savoy in what might purport to be his hometown newspaper. (And we'll try to get one of those in this section next week.) It's hard to make a movie, and even harder to make a movie that gets national distribution and that people who don't frequent film festivals and cinephilic websites might even have a chance to see. Savoy's success is in its newsworthy, for he has won a kind of lottery.

The local boy has on some level made good; from a certain point of view, whether the movie he's made has any redeeming or artistic value might seem to be beside the point.

But, we can relax. "Echo Boomers," which Savoy co-wrote with Kevin Bernhardt and Jason Miller, is a nifty little film, cannily realized with a minimum of fuss. It's one of the finest first features I've seen since, well, Little Rock's Jeff Nichols' "Shotgun Stories" came out in 2007. While it eventually drifts, as aspiring commercial blockbusters will, away from the delicious specificity of its first 40 minutes or so into a more generic heist movie lane, it never completely collapses into Hollywood overtness.

Based on a true story, "Echo Boomers" has a terrific premise -- five high-achieving recent college graduates, frustrated at their inability to thrive in what they perceive as a rigged economy -- strike back at the rich and keep the proceeds for themselves. There's a strain of nihilism running through their philosophy. They operate under the working theory that "experiences are better than bank statements," and trash their victims' property in creative, artful ways meant to address their own personal demons.

Lance Zutterland(Patrick Schwarzenegger) arrives in Chicago from "Dixie," expecting a vague job in the "art industry" offered by his cousin Jack (Gilles Geary). But when he gets there, he learns the job involves daylight burglary and vandalism of upper-middle-class houses, jobs commissioned and arranged by baby boomer Mel Donnelly (the star of "Shotgun Stories" Michael Shannon, great as usual) who obtains lists of the homeowners' high-value artworks and jewelry from crooked insurance agents.

(It is tempting to see the film as a kind of allegorical autobiography -- aside from certain obvious points of congruence in Savoy's story and Lance's, the making of a commercially viable movie might seem akin to trying to make art amid what's basically a business venture.)

The rest of the crew shares Lance's grievances. They did everything right and followed the rules too, only to find that their opportunities were limited to unpaid internships, gig opportunities and minimum wage McJobs. But the others are a degree more damaged than Lance, who takes a more academic approach to the ritual destruction -- a kind of droogie ultra-violence against property -- the gang wreaks.

While we're invited to empathize with the wrecking crew, upon even slight reflection we understand that they're really just thugs looking for instant gratification. And given what we learn of their particular skills, we might take their "eat the rich" sloganeering as just a cover for their cathartic smashing. Some people -- and some movie directors -- just want to see the world burn. While it's inherently glamorizing to dramatize criminality, "Echo Boomers" doesn't buy into the professed higher motives of these characters.

A smash-and-grab job is not performance art, even if you do don a Dia de Los Muertos mask before committing it. "Echo Boomers" understands that its anti-heroes are ultimately as self-entitled as the elites they steal from, and the causal cruelties the gang doles out -- on middle-aged waiters, on each other -- are indicative of their real character.

Some feints are unconvincing; one of the gangsters, Allie (Hayley Law) is a woman of color who comes from a well-off situation whose participation in the heists could be read as a sort of atonement for the privilege she enjoys. But her real reason for being in the movie is to construct a love triangle between Lance and the manipulative Ellis (Alex Pettyfer).

Still, there is real tension and energy in the way the film is shot and cut, and the performances are solid enough to cover some exposition-rich and stilted dialogue. "Echo Boomers" feels a little careful, a little studied, but it's also a product of high competence, intelligence and vocational ambition. In its crafty execution and clear-eyed assessment of its protagonist, the film leans more toward late-period Scorsese than early Tarantino, though the influence of both these American masters is apparent. And there is also a little nouveau vague touch to it, a little hint of Godard's "À bout de souffle" laundered through the Hollywood machine.

That's not to suggest that "Echo Boomers" is a great movie, but it is almost a great B-movie -- ironically, had it been a little sloppier and less controlled, a little wilder and amateurish, it might have presented as deeper felt.

Rating: R, for drug use and pervasive language

Playing theatrically, and on VOD and digital platforms. 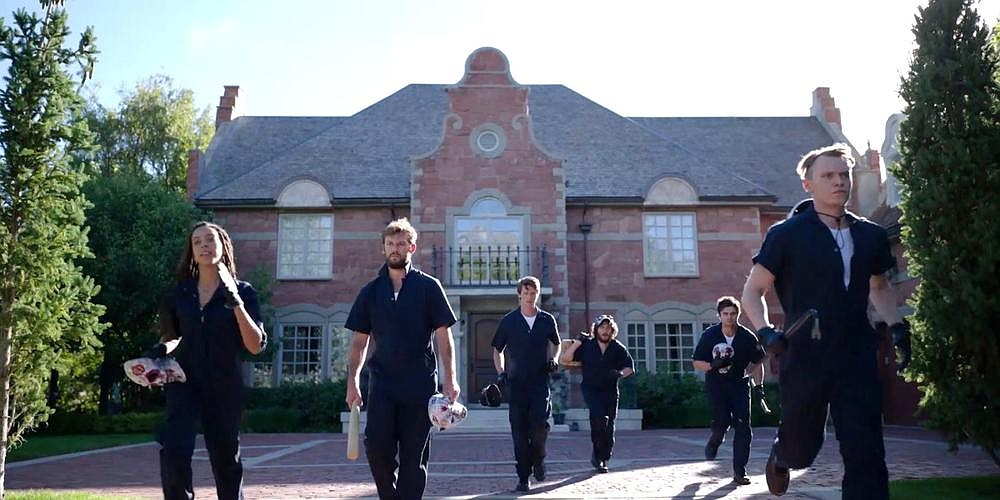