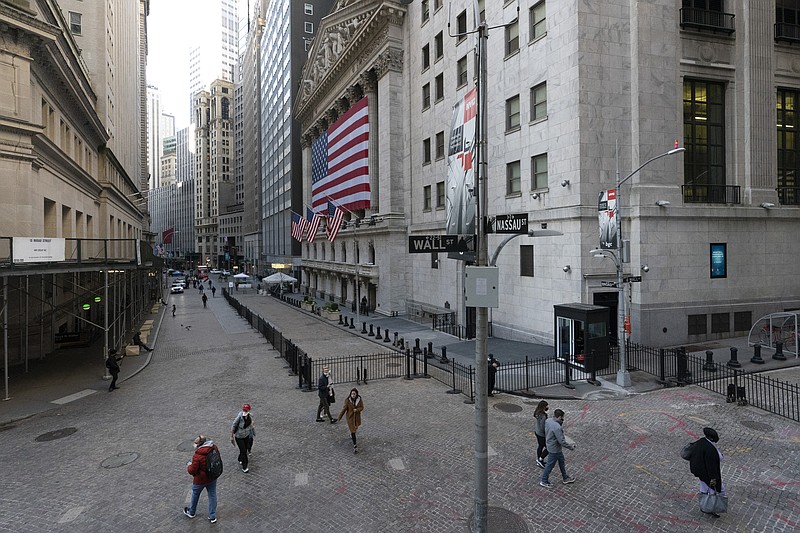 NEW YORK -- The Dow Jones Industrial Average returned to a record Monday for the first time since plunging nine months ago at the start of the pandemic, riding a swell of optimism that a vaccine will soon control the coronavirus and the economic destruction it has caused.

Moderna said early in the morning that its covid-19 vaccine appears to be 94.5% effective, according to preliminary data. It's the second time this month that a company unveiled such encouraging numbers about a vaccine, boosting hopes that the global economy can return to some semblance of normal next year.

Leading the way again were stocks of companies that would benefit most from an economy coming out of its forced hibernation, such as airlines, movie theaters and banks. At the same time, pandemic-winning stocks that benefited from lockdown orders, such as Amazon and Zoom Video Communications, lagged as they no longer looked like the only safe bets to play.

Treasury yields, oil prices and stocks around the world also rallied on the shot of increased optimism. A vaccine is precisely what markets have been waiting for to pull the global economy out of its cavern, and analysts say it's a game-changer.

Of course, for all the euphoria, many risks remain for the market. It's still not guaranteed when a vaccine could be widely available, let alone whether one ultimately will. The pandemic is continuing to worsen, meanwhile, with rising coronavirus counts across the United States and Europe pushing governments to bring back varying degrees of restrictions on businesses. Some areas of the economy have been slowing, particularly after big financial-support programs from Congress expired.

"The vaccine could help people breathe a sigh of relief, but the devil is in the details," said Gene Goldman, chief investment officer at Cetera Financial Group, referring to the need for more complete data and eventual distribution plans.

But investors for now are focusing on the possibility of a world next year where customers are again going outside to work at offices, buying things at enclosed stores and heading on vacations.

It was just a week ago that Pfizer and BioNTech sent optimism soaring with their encouraging vaccine data results. Movie-theater chain Cinemark has surged 58.3% since just before the announcement. Stocks of smaller companies, whose prices tend to sway more with the strength of the economy, are up more than double their larger rivals over the same time, with an 8.6% jump for the Russell 2000 index of small-cap stocks versus 3.3% for the S&P 500.

Stocks of companies that had thrived amid lockdowns and vigilance about the virus, meanwhile, have fallen. Amazon, Netflix and Etsy are all down more than 5% since just before Pfizer's announcement. Zoom has sunk 20.2%.

The shift in market sentiment is perhaps most clear in the stock prices of Peloton, with its at-home exercise bikes, and the Planet Fitness chain of gyms. Peloton is down 18.8% since Nov. 6, versus a gain of 5.7% for Planet Fitness.

Investors aren't abandoning the big technology companies on the basis of the vaccine hopes. But the ability of Apple, Microsoft and other behemoths to stand so clearly apart from the rest of the market has diminished a bit. That has many money managers pulling some of the big profits made on the tech companies and steering them into beaten-down areas of the market.

Of course, such movements could limit the gains for broad index funds. Stocks with bigger market values hold bigger sway on the S&P 500 and other indexes, which means any slowdown for big technology could diminish movements for the funds at the center of many 401(k) accounts, even if the rest of the market is rising.

Even before Moderna's vaccine news, markets had been trading higher as investors welcomed the signing on Sunday of an agreement establishing the world's biggest trade bloc, a group made up of China, Japan, South Korea, New Zealand, Australia and 10 countries in Southeast Asia. The United States, the world's No. 1 economy, is not a part of it.

Information for this article was contributed by Elaine Kurtenbach, Joe McDonald and Yuri Kageyama of The Associated Press. 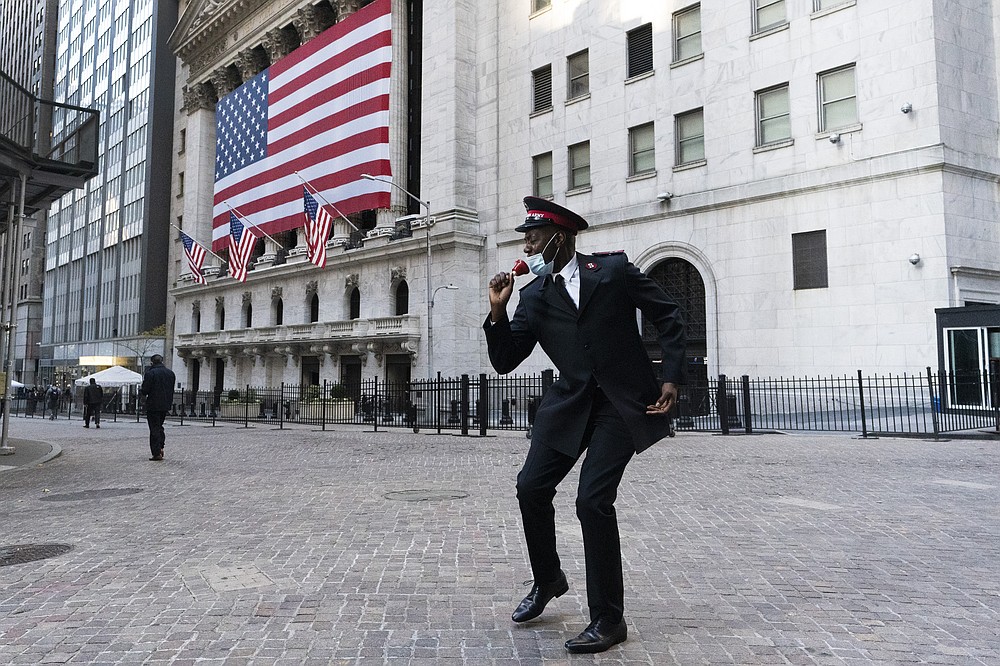 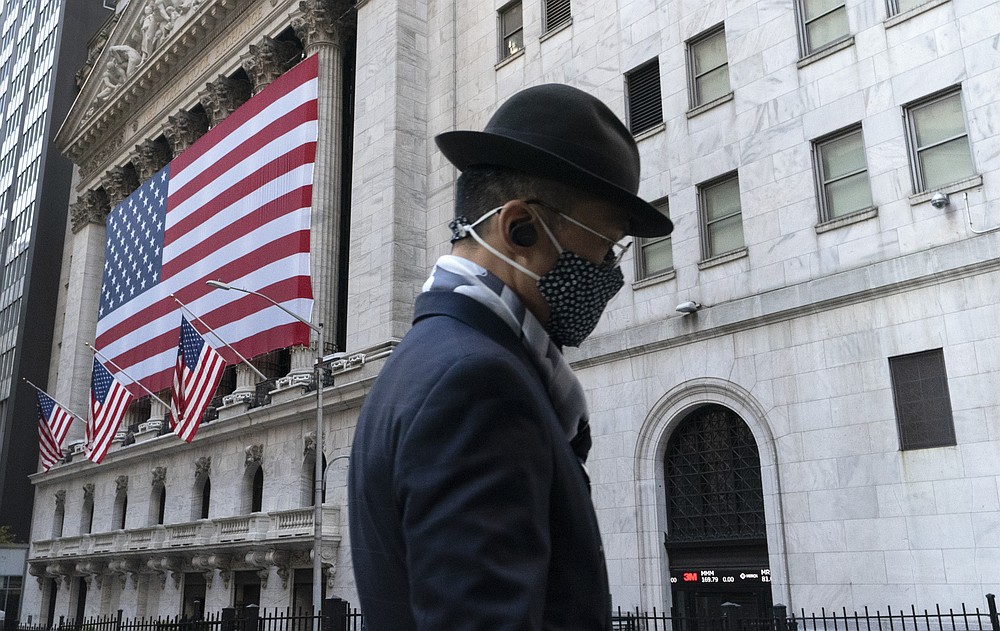 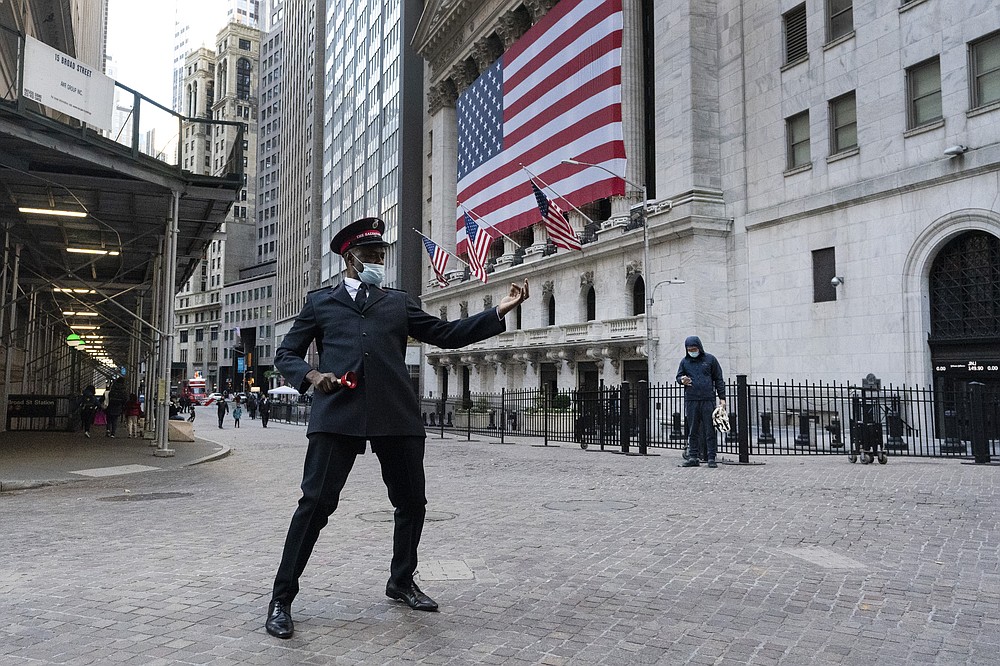