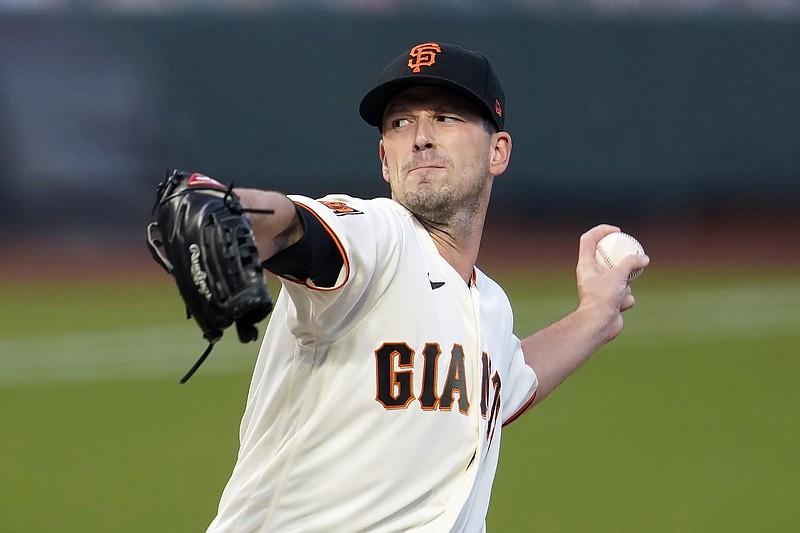 San Francisco Giants' Drew Smyly throws against the Seattle Mariners during a baseball game in San Francisco, Wednesday, Sept. 16, 2020. Smyly became the first of the 181 free agents to switch teams when he agreed Monday, Nov. 16, 2020, to an $11 million, one-year contract with the Atlanta Braves, who are looking to bolster a rotation that was depleted by injuries and disappointing performances. (AP Photo/Jeff Chiu)

ATLANTA -- Left-hander Drew Smyly (Little Rock Central, Arkansas Razorbacks) became the first of the 181 free agents to switch teams when he agreed Monday to an $11 million, one-year contract with the Atlanta Braves.

The 31-year-old pitched seven games last season for the San Francisco Giants, making five starts. He went 0-1 with a 3.42 ERA.

The Braves were impressed with his strikeout ratio and an increase in velocity, believing a pitcher who has never won more than nine games or made more than $7 million in a season might be entering the prime of his career.

"This is an upside play, no doubt about it," General Manager Alex Anthopoulos said. "Obviously, we'll find out eight months from now, 10 months from now how it worked out. But we think Drew has tremendous upside. He's only scratched the surface."

Atlanta was especially impressed with Smyly's four September starts after he returned from a finger injury. He went 18 innings, allowing 13 hits and 7 earned runs with 31 strikeouts and just 5 walks.

The lefty has abandoned his changeup, Anthopoulos said, focusing on his curveball and cutter.

"We feel like he's just about to really emerge to have the best years of his career," Anthopoulos said. "Once we made that determination, we signed him to a healthy, strong deal. Hopefully all sides will win, and he'll have a great year."

Smyly adds depth and experience to an Atlanta rotation led by Max Fried, who finished fifth in the NL Cy Young Award voting, and rookie sensation Ian Anderson. The Braves also are counting on the return of Mike Soroka, who missed most of this past season with a torn Achilles tendon.

Smyly was born in Gainesville, Ga. -- about an hour's drive north of Atlanta -- and grew up a Braves fan. He said the team was at the top of his list when he became a free agent.

"They are such a young, energetic team with a ton of talent," he said. "It's a team that's just built to win. Once I became a free agent, I was interested in the Braves right away. Once they expressed interest in me, it made my decision kind of easy."

The Braves hope to get more out of Smyly than they did from Cole Hamels, who signed an $18-million, one-year deal for 2020 that became $6,666,667 prorated during the season shortened by the novel coronavirus. He wound up pitching only one game because of injuries and missed the entire playoffs.

Atlanta also had to deal with former All-Star Mike Foltynewicz suffering a mysterious drop in velocity that resulted in him being farmed out after making only one start.

But two other young pitchers, Kyle Wright and Bryse Wilson, pitched well late in the season and during the playoffs. Anthopoulos is counting on them to continue their development, giving the Braves plenty of pitching options.

Smyly missed two full seasons after undergoing reconstructive elbow surgery, returning in 2019 to split time between Texas and Philadelphia. He combined to go 4-7 with a 6.24 ERA in 21 starts and 25 appearances overall.

Smyly began his career in Detroit, was traded to the Tampa Bay Rays in 2014 and has bounced around to several teams since his injury. His best season was 2014, when he went 9-10 with a 3.24 ERA in 25 starts.

Smyly has a career record of 35-35 with a 4.13 ERA. He earned a $1,481,481 prorated base salary last season from an original $4 million contract with the Giants, plus roster and performance bonuses. 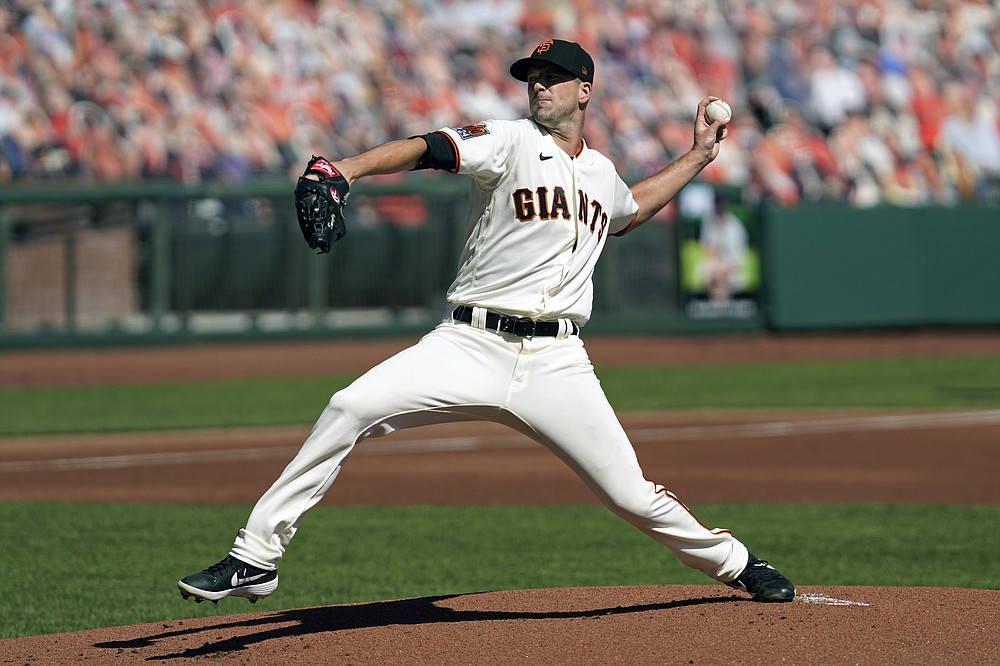 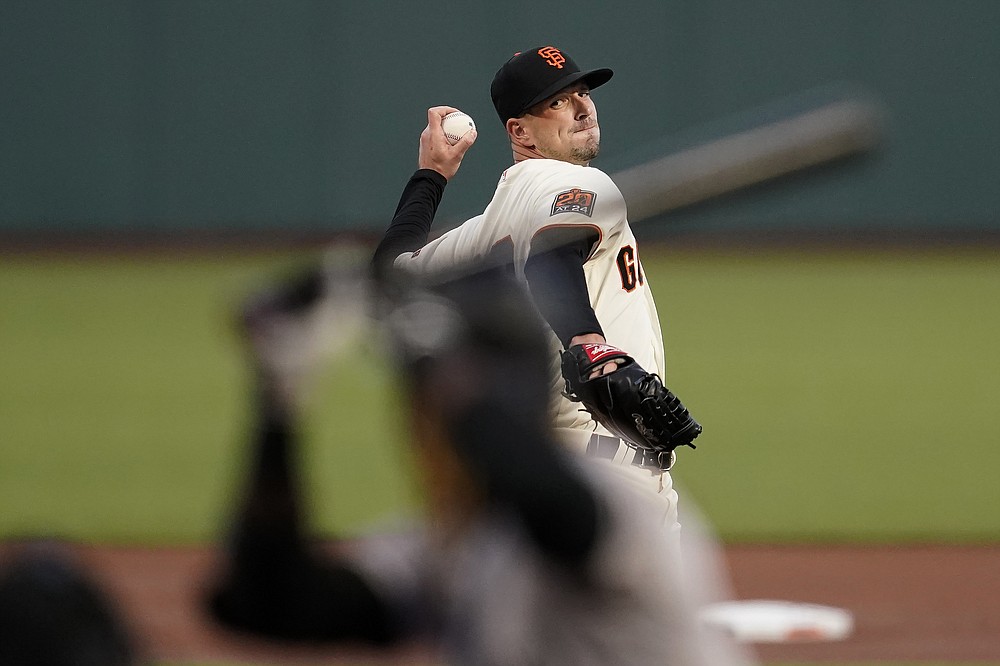 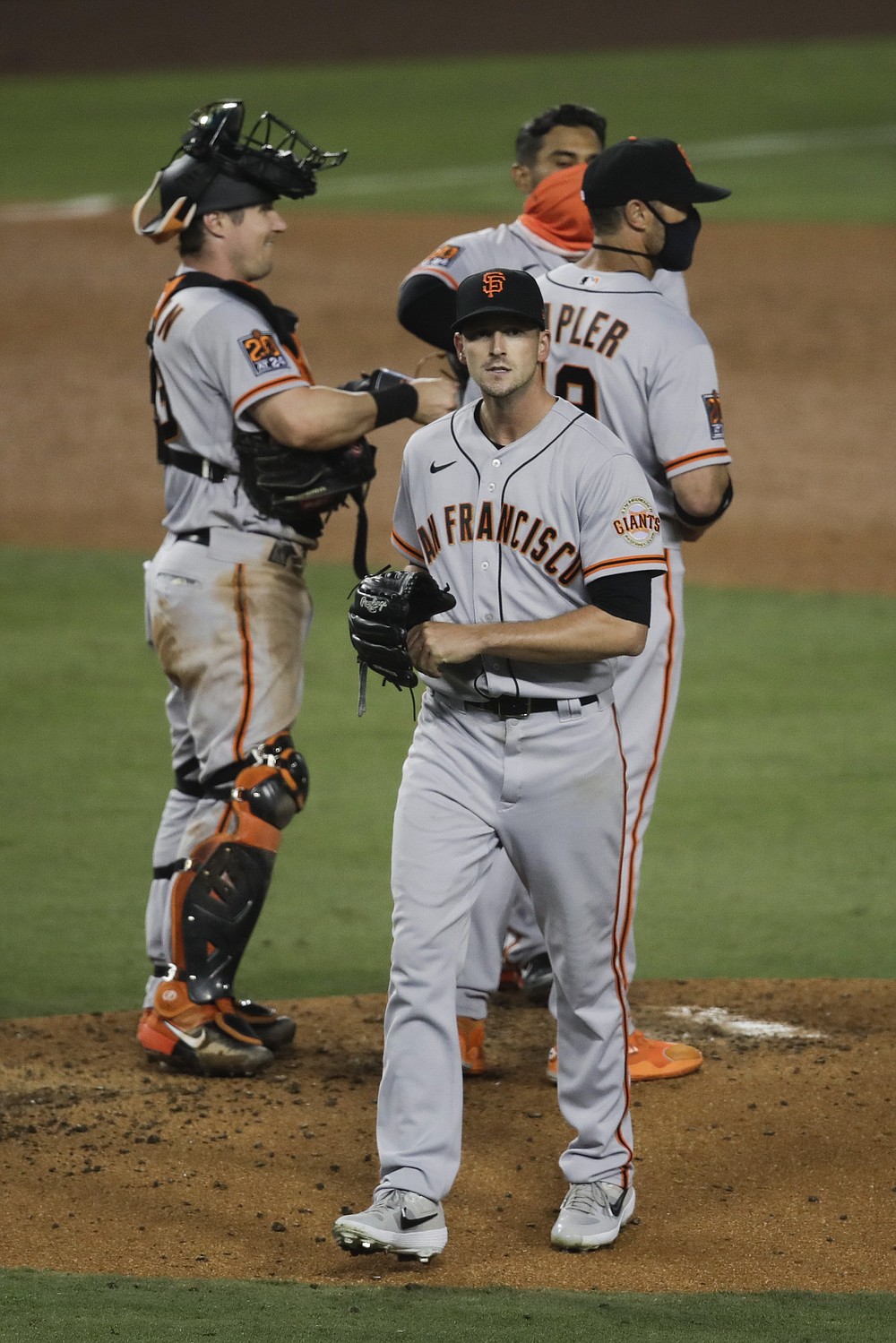