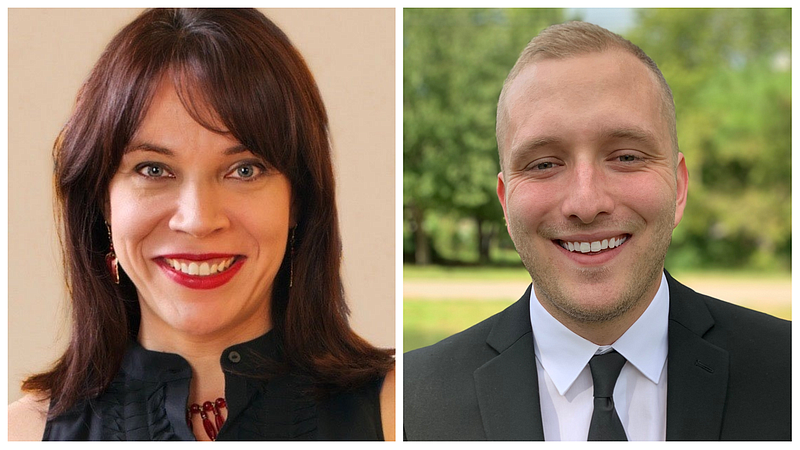 Evelyn Rios Stafford, 47, broke a barrier earlier this month when she became one of the first openly transgender people elected in Arkansas — but the incoming Washington County justice of the peace said she ran on the issues, not her identity.

“It's not necessarily what defines me, but it is part of who I am, both as a LGBTQ person and as a Latinx person,” she said. “I said before, I'd rather be known for what I do than who I am.”

Rios Stafford was among several LGBTQ candidates elected to positions in Arkansas this month during an election that saw a large number of LGBTQ people voted into office nationwide.

She previously served on the Fayetteville Housing Authority. When Candy Clark had to drop out of the race for District 12 justice of the peace in September, Washington County Democrats selected Rios Stafford as her replacement.

Arkansas law provides for replacement candidates in the event of a candidate’s death, illness, moving out of the district or filing for another office.

The ballot listed Clark’s name, but Rios Stafford said there was information at polling places explaining she was the candidate people would be voting for if they selected Clark.

As a justice of the peace, Rios Stafford said she plans to focus on increasing transparency in county government, an issue she previously worked on within the housing authority.

“I first got involved in housing authority at a time when the old board and old leadership was trying to sell off one of the last public housing projects,” Rios Stafford said. “I could help apply that same skill set to helping bring more accountability to county government and shine more of a light on what was happening.”

Another LGBTQ candidate elected in Arkansas this month is Chance Smith, an incoming member of the West Fork City Council.

Smith and the rest of the council candidates ran unopposed and without a party affiliation.

Smith, who was on the ballot as Chance Bardsley but has since gotten married, said he hopes to bring a new perspective not only as a gay man but also a small business owner, someone with a degree in social work and a young person, at age 24.

“I decided to run just because the way that this year has been going, it seems like there's been this desire for change in our country and growth and becoming a more accepting community,” Smith said. “I never had any intention of becoming a politician, but I just saw the need coming up in our community and wanted to be a more positive voice for change.”

Smith said he doesn’t have an “agenda” coming into the position, especially because he is young, has only lived in West Fork for about two years and is new to the council, but he said he hopes to advocate for marginalized people when necessary.

“Where I'm really going to speak up is when people in town are making decisions that might be against people who live here that don't really have a voice,” he said.

Smith said he and his now-husband were somewhat fearful of what might happen if he ran for office as an openly gay man, and he received hateful online comments and phone calls from strangers during the campaign.

Rios Stafford said she also received some hateful comments online, but her gender was mostly a nonissue during the campaign. She added that her opponent ran on the issues just as she did.

“I've already seen people make negative comments online, and different things like that, but, you know, it doesn't bother me personally,” she said. “I didn't have to run for this position, but I think it's important to sort of send that message that everybody belongs here. Everybody deserves to have their voice heard.”

Rios Stafford said she also thinks visibility of LGBTQ people in goverment and elsewhere is especially important for younger Arkansans.

“Young people would be able to have to see people who are living and thriving and in successful positions,” she said. “It's good to have positive role models, to say ‘yes, I don't have to leave Arkansas to live my life and be who I am.’”