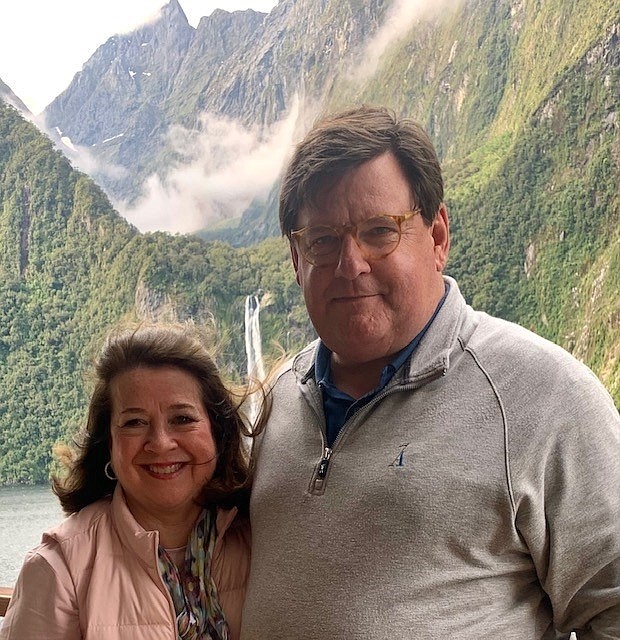 Cathy Crass, who is originally from Little Rock, and her husband Kevin Crass, who grew up in Pine Bluff, have set up a scholarship to the University of Arkansas at Fayetteville for students from Pulaski and Jefferson counties. (Submitted photo)

A Little Rock couple has established the Cathy and Kevin Crass Advance Arkansas Endowed Scholarship with a $50,000 gift directed toward students from Pulaski and Jefferson counties, according to a news release.

Cathy Crass is originally from Little Rock and Kevin Crass, grew up at Pine Bluff and is a partner with Friday, Eldredge & Clark law firm in Little Rock.

The Cathy and Kevin Crass Advance Arkansas Endowed Scholarship will support new, returning and transfer students from Arkansas who exhibit financial need, records of academic success and a strong desire to complete their degree at the Fayetteville campus. Preference will be given for students who attended high school in Pulaski County or Jefferson County.

Cathy Crass says her first introduction to Fayetteville was sitting on the grassy hill in the end zone. The daughter of two UA alumni, Crass earned a Bachelor of Arts degree in journalism from the university in 1981 and was a member of Pi Beta Phi.

"I loved my college experience," she said.

Since then, she has remained involved with her alma mater and served on the Campaign Arkansas Steering Committee for eight years. Campaign Arkansas concluded in 2020, raising nearly $1.45 billion to advance academic opportunity at UA.

"The campaign committee is where I heard about the Advance Arkansas scholarship initiative," she said. "I liked that many of the scholarships could be directed to first-generation college students."

The couple is actively involved in their community and believe education is a vital component to strengthening communities, according to the release.

"We raised our two sons in Little Rock, and they both graduated from schools in the U of A System," Cathy Crass said. "We see the value of education and are glad we can play a small role in helping students achieve an education with the support of an Advance Arkansas scholarship."

Cathy Crass is a life member of the Arkansas Alumni Association. She and Kevin Crass are members of the Chancellor's Society and are counted as Thoroughbreds for their 13 years of consecutive giving to the university.

"We are very grateful for their support of Advance Arkansas, as it's one of the most meaningful initiatives that came out of Campaign Arkansas. We've already seen the impact these scholarships can make on students from our state, and I think it's fantastic that Cathy and Kevin are adding to the support we can offer students from the Little Rock and Pine Bluff areas."