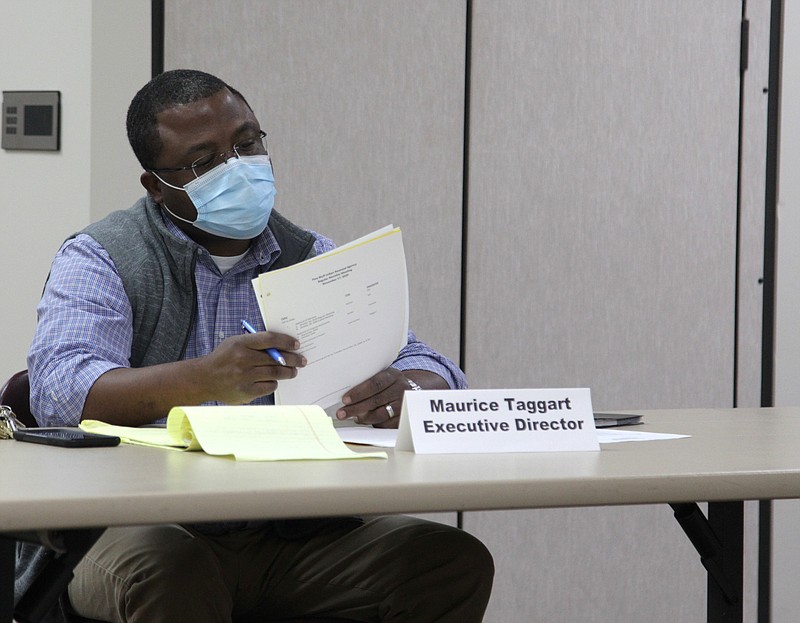 Frustrated by a lack of progress in downtown development, members of the Urban Renewal Agency governing board began talking about the use of eminent domain to acquire properties necessary to move forward with the agency's plan for downtown.

According to state law, urban renewal agencies working inside their designated urban renewal zones have the power of eminent domain to acquire properties that are necessary to the completion of development plans, provided the agency passes a resolution outlining the need regarding specific properties and that a like resolution is passed by the city council.

Eminent domain is the right of a government or its agent to expropriate private property for public use, with payment of compensation, according to the Oxford English Dictionary.

Urban Renewal Agency Executive Director Maurice Taggart told the board that progress downtown had slowed as some property owners seemed to be holding out for higher selling prices for their properties. The problem, he said, is that the property owners themselves were not working to improve the properties, meaning the properties have continued to deteriorate.

"What we don't want is a similar situation like we had on Eighth Street where we had a building laying in the middle of the street for an extended time, which is unacceptable as it relates to it," Taggart said.

Board member Travis Martin asked if a special meeting would be needed to discuss the issue of eminent domain or if it could be discussed right then.

"We can discuss it now if we're at it," Taggart replied. "I didn't have anything to be voted on, but it's your show. I'll entertain whatever."

"Well, we keep kicking the can down the road on that and nothing's going to change. We've made way more than fair offers to the gentlemen," Martin said. "There's nothing being done with the properties, and it's a hindrance to what we're trying to accomplish with that area. So what is a concrete step we can take next to acquire those properties?"

"This is not necessarily for one specific owner. We're talking about everybody," Taggart said. "I think this applies to all the building owners in that area."

Board member Kirby Mouser asked Taggart if he had spoken to Alderman Steven Mays regarding such a tactic, saying that Mays had made remarks critical of the agency's spending downtown and had questioned some of those expenditures.

"The thing is, nobody wants to mention eminent domain," said Mouser. "At some point, you can't let a single landowner stand in the way of this plan, and I think that's what Councilman Mays may have been referring to when he was talking about us taking some other action."

Mouser pointed out that ultimately, to pull the trigger on eminent domain as a way of acquiring any property would require the approval of the Pine Bluff City Council.

Martin said because of some property owners who cannot or will not take steps to bring their properties up to code, the responsibility for doing so would fall to the city.

"Overall, when you've got all that good work going on downtown to rebuild it, but then you've got these buildings that are falling down and the owners can't do anything or won't do anything, the thing to do is to take the most obvious step in my opinion," Martin said. "With eminent domain or whatever method."

"Whatever your desire is," Taggart said, "ultimately, you all give me direction on how to move. You kind of know where I stand as relates to it and however you want to handle it is OK with me."

"Maurice, we're putting ourselves in the position where we're shooting ourselves in the foot if we aren't prepared to take the other action," Mouser said. "When we develop and spend taxpayer money on these buildings downtown, what we're doing is ultimately improving the value of the property in the area and every one of these landowners who wants to play the game of 'I want to be last so I'll get the most for my building' is going to do that, and we're going to be blocked everywhere we go.

"We've got to break that bottleneck and the only way to do that is to convince these people that we are willing to take legal action," Mouser continued, saying that potential investors looking over downtown would most likely ask what the next steps are that the agency is preparing to take.

"We've got to be able to give them an answer," he said.

Taggart said he would invite members of the City Council to the next meeting, scheduled for Dec. 15 at 5:30 p.m., to discuss the issue further. 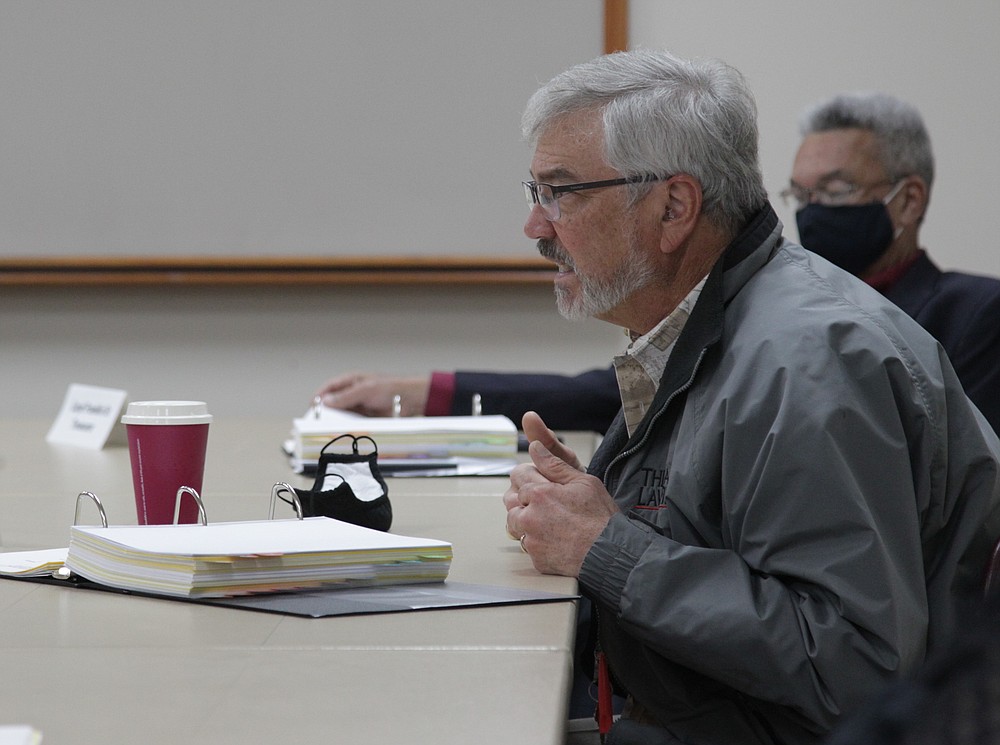 Urban Renewal Agency board member Kirby Mouser presses Executive Director Maurice Taggart on next steps to acquire property in the downtown area, including the possibility of using eminent domain. "This is a big step but it's one we're going to have to take," Mouser said.
ADVERTISEMENT