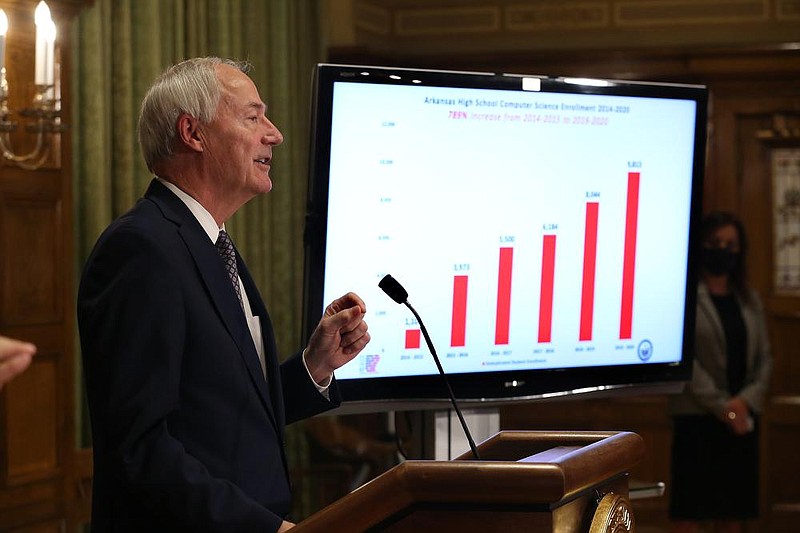 The Arkansas General Assembly will consider legislation that if passed would make computer science a graduation requirement for all public school students in the state, Gov. Asa Hutchinson announced Wednesday.

The requirement would start with students entering ninth grade in 2022.

Over the last several years, state initiatives have expanded the number of Arkansas students participating in computer science programs. Enrollment during the 2020-21 school year topped 10,000, an increase of 847% from the 2014-15 term, Hutchinson’s office said Wednesday.

“This is going to dramatically increase the demand, the opportunities, for our young people across the state,” Hutchinson said.

The proposed legislation would also require that every public high school in the state employ at least one state-certified computer science teacher by the beginning of the 2023-24 school year. The bill had not yet formally been filed as of midday Wednesday, according to the state legislature’s website.

The bill’s sponsor during the 2021 legislative session will be Sen. Jane English, a Republican from North Little Rock.