How to scale down favorite Thanksgiving recipes 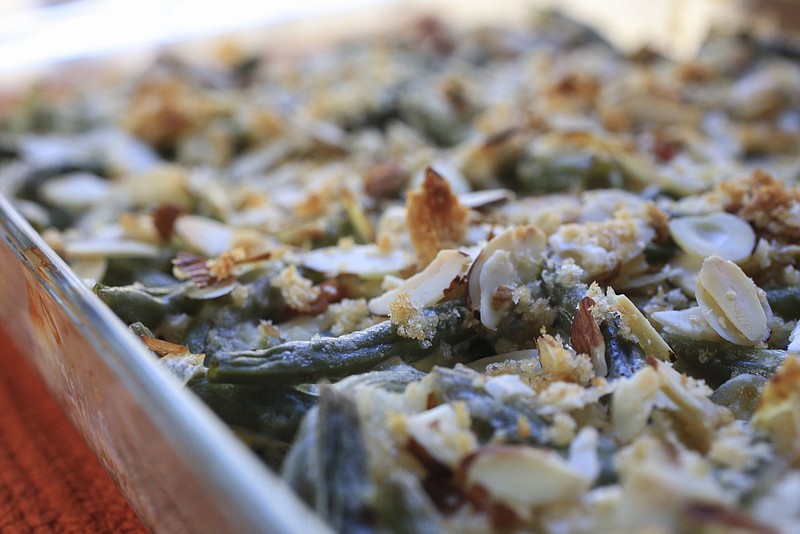 Just because you may be cooking Thanksgiving dinner for a smaller group this year doesn't mean you have to give up your tried-and-true holiday recipes. Here are some guidelines and strategies for adapting your favorites to feed fewer people.

The smallest whole bird you'll probably find will weigh 8 to 10 pounds, serving 6 to 12. Using parts gives you more flexibility. For dark meat, thighs are the most forgiving; throw them in a 375-degree oven, drizzled with a little oil and seasoned with salt, until the skin is golden brown and crisp, and the juices run clear when the thighs are pierced with a fork. Timing depends on size, but anywhere from 45 to 75 minutes should do it.

For white meat lovers, choose breast meat, either turkey breast halves for roasting or preparing sous vide, or some thin cutlets that are perfect for sauteing. But take care not to overcook. A standard turkey breast half weighs about 2 pounds and will feed 4 to 6, so consider the cutlets if you're not a fan of leftovers.

You'll need ¾ pound to 1 ½ pounds of bone-in meat per person (depending on your fondness for leftovers) and 6 to 12 ounces of boneless meat.

Halve the recipe on the bag cooking for about 3 to 5 minutes less than called for, until you see the cranberries pop and the liquid boil vigorously. Or, cook the whole 12-ounce bag of berries and use the leftover sauce instead in jam bars or thumbprint cookies. The sauce will keep for at least 3 weeks in the fridge.

[RELATED: Couples' cornucopia—Thanksgiving might be a little smaller this year. But the flavor can stay big.]

Most stuffing recipes call for 1 to 1 ½ pounds of bread and are baked in a 9-by-13-inch pan to feed 6 to 12. Halve or quarter the recipe, then measure the volume of your uncooked stuffing, and find a dish where it will fit snugly. You want to fill the baking dish nearly to the top, so the surface of the stuffing browns. (If the stuffing mixture is too low in the pan, it's harder to get a crisp top.) Small skillets, loaf pans and small gratin dishes are all viable options. And note: You'll want to shave 5 to 10 minutes off the baking time.

Since you won't be roasting a whole bird, a make-ahead gravy, fortified with good turkey or chicken stock, is the way to go. You can halve or quarter most gravy recipes, but they will thicken a lot faster, so go by the recipe's visual cues rather than timing.

It's pretty easy to halve or quarter most mashed potato recipes, though they can get cold quickly. Make them just before serving, or reheat them in the microwave or in a double boiler over simmering water. Or keep them warm in an insulated coffee cup: A small amount of mashed potatoes should fit in one quite nicely.

No matter what type of casserole you're making — sweet potato, green bean, spoonbread, mac and cheese — you can apply the same logic here as you would for stuffing: quarter or halve the recipe, then find a smaller dish in which to bake it. Note that if you're not trying to brown the top of your casserole, the depth of the pan becomes less important.

It's harder to generalize here, but for most vegetable side dishes, halving or quartering the recipe should do it. You'll want take note of cook time and pan size. As for pan sizes, it probably won't matter when sautéing, steaming or boiling. But when roasting, make sure not to crowd the pan. Vegetables need space so they can brown.