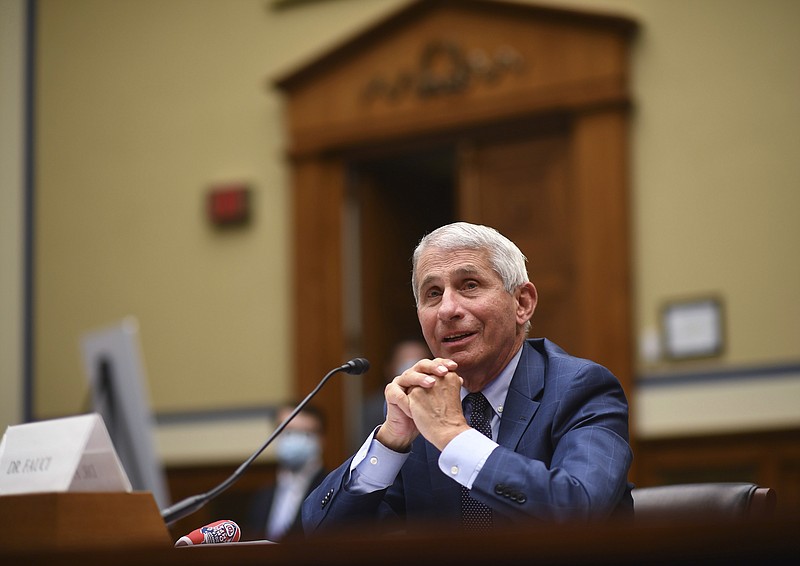 FILE - In this July 31, 2020, file photo, Dr. Anthony Fauci, the U.S. government's top infectious disease expert, testifies during a House Subcommittee hearing on the coronavirus crisis on Capitol Hill in Washington. Fauci and a number of other public health officials across the country have faced threats and political reprisals as they recommended temporarily closing businesses and requiring people to wear masks. (Kevin Dietsch/Pool via AP, File)

PROVIDENCE, R.I. -- Public-health programs in the United States have seen a surge in enrollment as the coronavirus has swept through the country, killing more than 247,000 people. As state and local health departments struggle with unprecedented challenges -- slashed budgets, surging demand, staff departures and even threats to workers' safety -- a new generation is entering the field.

Among the more than 100 schools and public-health programs that use the common application -- a single admissions application form that students can send to a number of schools -- there was a 20% increase in applications to public-health master's programs for the current academic year, to nearly 40,000, according to the Association of Schools and Programs of Public Health.

Some programs are seeing even bigger jumps. Applications to Brown University's small master's program rose 75%, according to Annie Gjelsvik, a professor and director of the public-health program.

Demand was so high as the pandemic hit full force in the spring that Brown extended its application deadline by over a month. Seventy students ultimately matriculated this fall, up from 41 last year.

"People interested in public health are interested in solving complex problems," Gjelsvik said. "The covid pandemic is a complex issue that's in the forefront every day."

It's too early to say whether the jump in interest in public-health programs is specific to that field or reflects a broader surge of interest in graduate programs in general, according to those who track graduate-school admissions. Factors such as pandemic-related deferrals and disruptions in international student admissions make it difficult to compare programs across the board.

Magnolia Hernandez, an assistant dean at Florida International University's Robert Stempel College of Public Health and Social Work, said new student enrollments in its public-health master's program grew 63% from last year. The school has especially seen an uptick in interest among Black students, from 21% of newly admitted students last fall to 26.8% this year.

Kelsie Campbell is one of them. She's part Jamaican and part British. When she heard in both the British and American media that Black and ethnic minority groups were being disproportionately hurt by the pandemic, she wanted to focus on why.

"Why is the Black community being impacted disproportionately by the pandemic? Why is that happening?" Campbell asked. "I want to be able to come to you and say, 'This is happening. These are the numbers and this is what we're going to do.'"

The biochemistry major at Florida International said she plans to explore that when she begins her master's program at Stempel College in the spring. She said she hopes to eventually put her public-health degree to work helping her own community.

Public-health students are already working on the front lines of the nation's pandemic response in many locations. Students at Brown's program, for example, are crunching infection data and tracing the spread of the disease for the Rhode Island Department of Health.

Some students who had planned to work in public health shifted their focus as they watched the devastation of covid-19 in their communities. In college, Emilie Saksvig, 23, double-majored in civil engineering and public health. She was supposed to start working this year as a Peace Corps volunteer to help with water infrastructure in Kenya.

The pandemic forced her to cancel those plans, and she decided instead to pursue a master's degree in public health at Emory University.

"The pandemic has made it so that it is apparent that the United States needs a lot of help, too," she said. "It changed the direction of where I wanted to go."

And the workforce is aging: Forty-two percent of governmental public-health workers are over 50, according to the de Beaumont Foundation, and the field has high turnover. Before the pandemic, nearly half of public-health workers said they planned to retire or leave their organizations for other reasons in the next five years.

Brian Castrucci, CEO of the de Beaumont Foundation, which advocates for public health, said government health jobs need to be a "destination job" for top graduates of public-health schools.

Information for this article was contributed by Lauren Weber and Anna Maria Barry-Jester of The Associated Press. 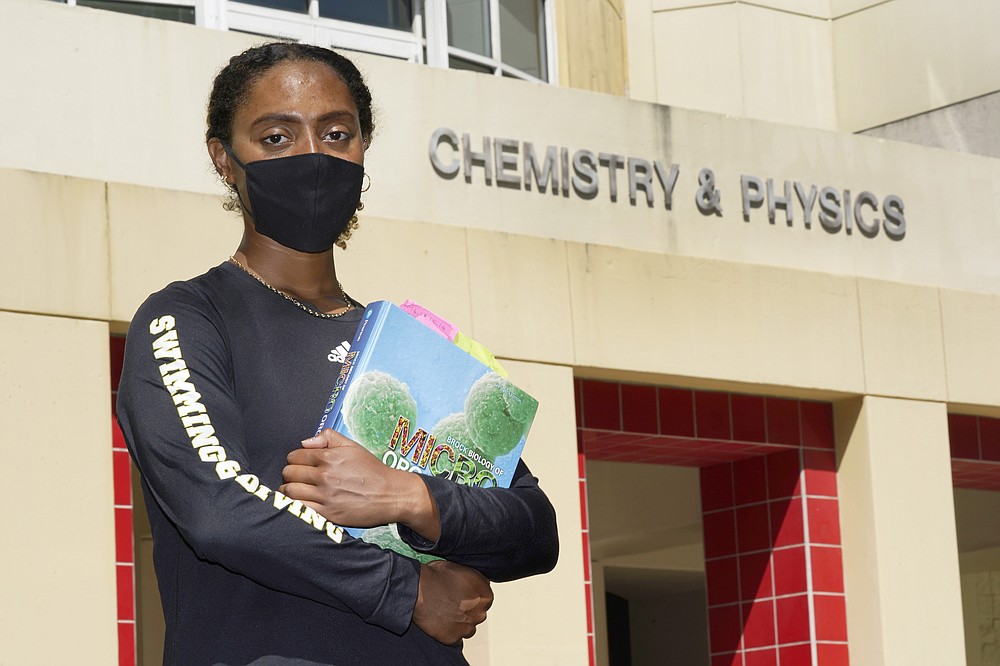 Kelsie Campbell, a student at Florida International University in Miami, poses for a photo on campus, Thursday, Oct. 8, 2020. When Campbell, who is part Jamaican and part British, heard in both the British and American media that Black and ethnic minorities were being disproportionately hurt by the pandemic, she wanted to focus on why. (AP Photo/Wilfredo Lee) 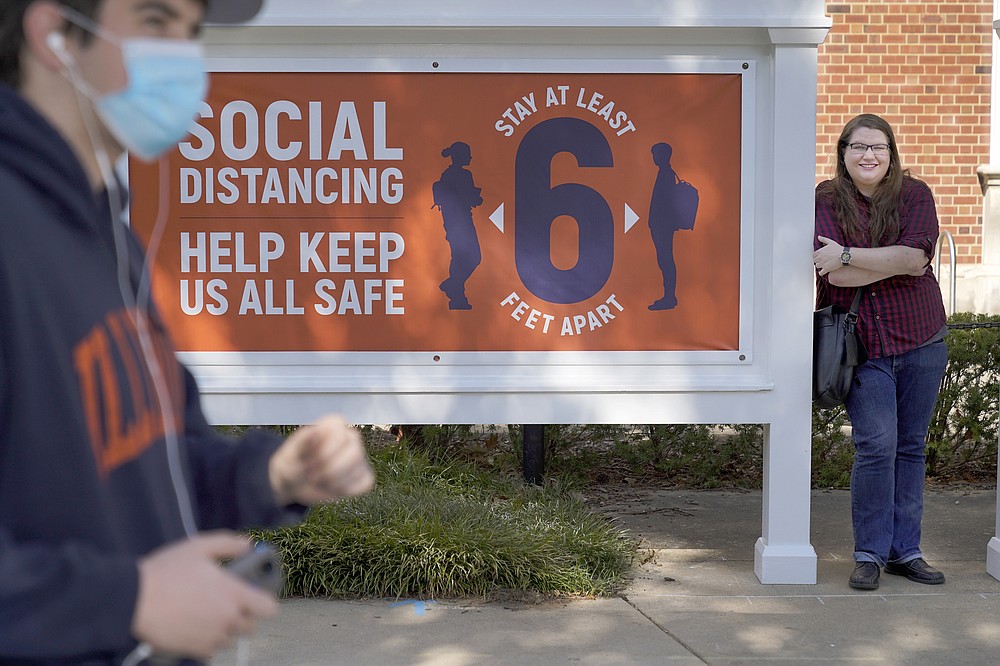 University of Illinois student Sarah Keeley, right, poses for a portrait on the college campus in Urbana, Ill., Tuesday, Oct. 6, 2020. As the coronavirus was emerging in the news in January, Keeley was working as a medical scribe and considering what to do with her biology degree. In August, she began studying to become an epidemiologist. (AP Photo/Charles Rex Arbogast) 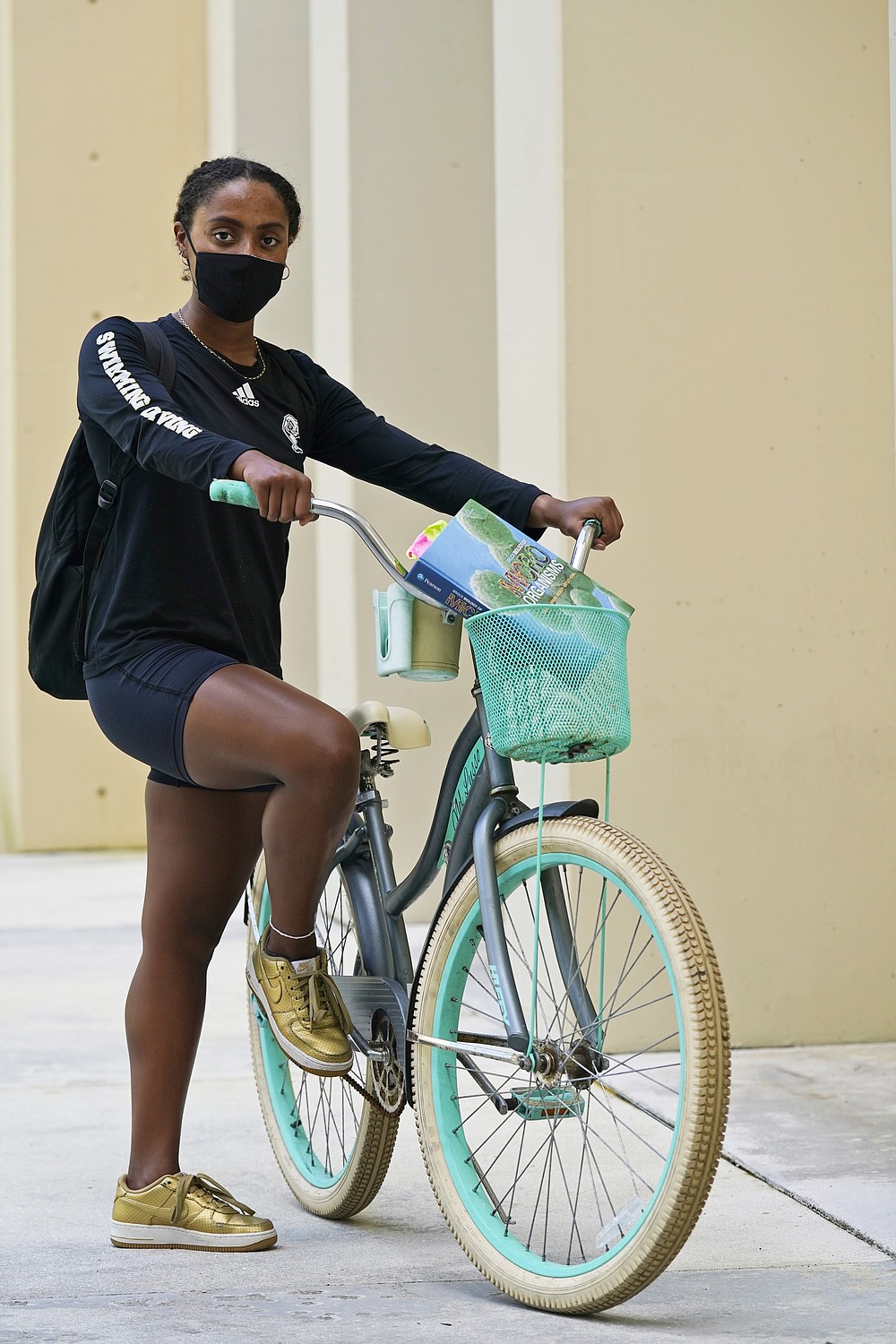 Kelsie Campbell, a biochemistry major at Florida International University in Miami, poses for a photo on campus Thursday, Oct. 8, 2020. Campbell says she plans to explore why Black and ethnic minorities have been disproportionately hurt by the COVID-19 pandemic when she begins her masters in public health program at the university's Stempel College in the spring. (AP Photo/Wilfredo Lee) 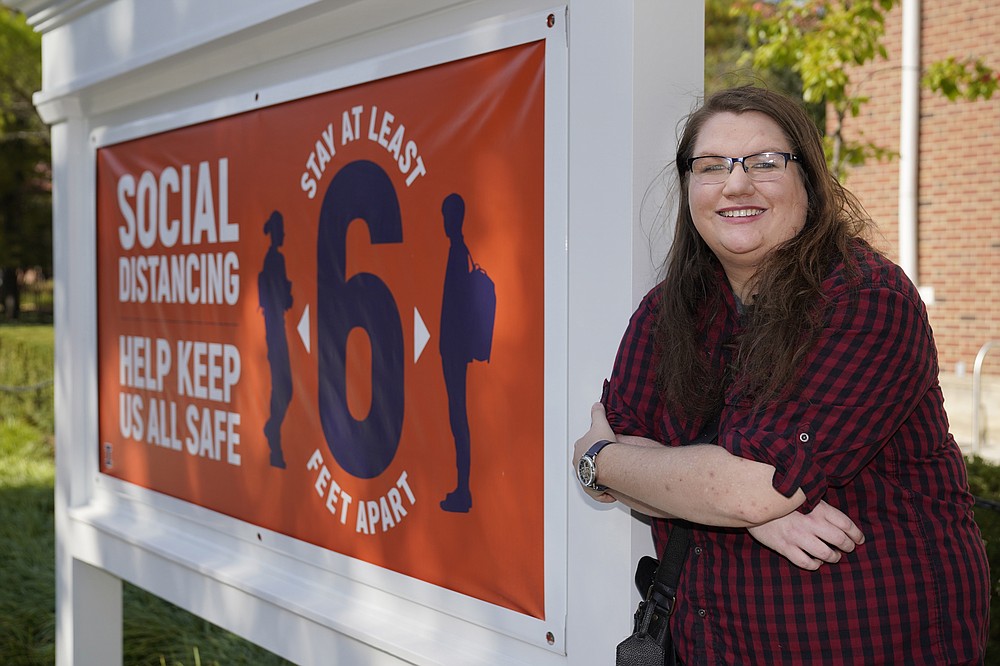 University of Illinois student Sarah Keeley poses for a portrait on the college campus in Urbana, Ill., Tuesday, Oct. 6, 2020. As the coronavirus was emerging in the news in January, Keeley was working as a medical scribe and considering what to do with her biology degree. In August, she began studying to become an epidemiologist. (AP Photo/Charles Rex Arbogast)
ADVERTISEMENT