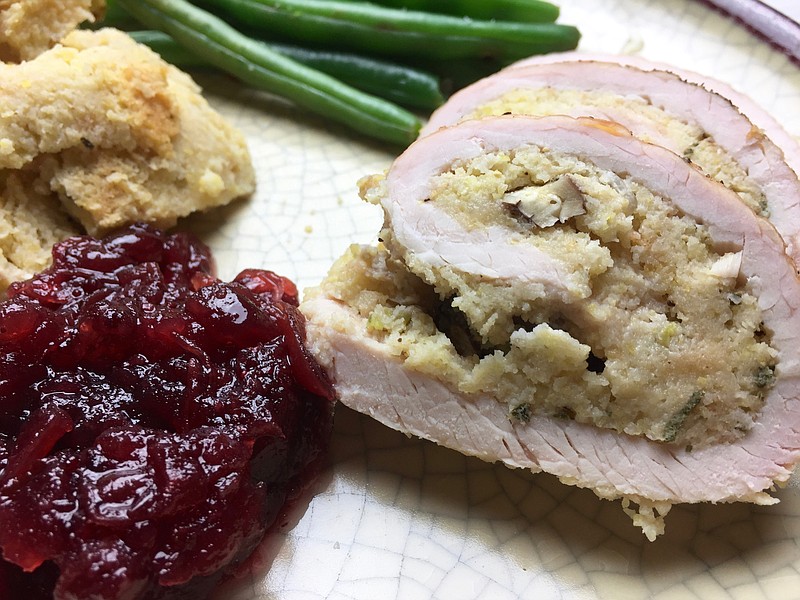 Without a doubt, this Thanksgiving will be different.

In the early years of our marriage, my husband and I would spend Thanksgiving Day driving and eating and driving and eating. Neither of us wanted to miss our family's traditional meal, yet we didn't want to spend the holiday apart. So we would feast twice. It was delicious but exhausting.

The past few years we've gone our separate ways on Turkey Day with him going to his parents and me to mine.

But because of the pandemic, we are re-evaluating our plan. I would love, more than anything, to spend the day cooking with my mom and watching football with my dad and sit down around a crowded table with my brother and sister-in-law, my nieces and nephews and their significant others, but it's simply too risky.

So instead, Joe and I will celebrate Thanksgiving at home, just the two of us, for the first time.

I'm not positive what our menu will be yet, but the following recipes are definite contenders.

A whole turkey, or even a turkey breast, is a bit too much for just two to four people. But I want to keep the flavors and spirit of Turkey Day intact, so I opted for a turkey cutlet roulade. You could also use a boneless turkey breast, if you can find one, but a breast will make a lot more. Turkey cutlets are usually sold three to a package, but one cutlet is often misshapen so I recommend buying two packages if you'll be serving more than two people.

The dressing is a scaled-down version of my Mammaw Bernie's Cornbread Dressing.

In a small skillet, saute onion and celery in the 2 tablespoons butter until softened.

In a large bowl, combine the crumbled cornbread, white bread, crackers, sauteed vegetables, sage, 2 cups of the chicken stock and the evaporated milk; taste and season with salt and ground black pepper, and then add the eggs and mix well. Mixture should be very moist, almost soupy. If it seems dry, add more evaporated milk or chicken broth. Set aside about 2 tablespoons dressing per turkey cutlet. Transfer the remaining dressing to a small buttered baking dish; cover with foil and bake for 30 minutes.

Place the turkey cutlets between two sheets of plastic wrap and pound with a meat mallet or rolling pin to even thickness. Remove plastic wrap and season with salt and pepper and poultry herbs. Place a couple of tablespoons of dressing down the center of each cutlet and spread to the edges of the wide end, leaving a small border. If desired, sprinkle a few dried cranberries and chopped pecans over the filling. Fold the narrow end of each cutlet over the filling, and then roll cutlets into roulades.

Remove foil and nestle the roulades in the pan with the dressing. And continue baking until the internal temperature of the roulades reaches 165 degrees and the dressing is set and golden around the edges, about 30 minutes.

This recipe isn't as rich as what I make when I'm making cornbread to eat on its own or with a pot of chili, but for dressing this gets the job done.

In a bowl stir together flour, cornmeal, salt and baking powder. Add egg and milk and mix well.

Pour mixture into a well-greased iron skillet and bake 25 minutes or until golden brown. 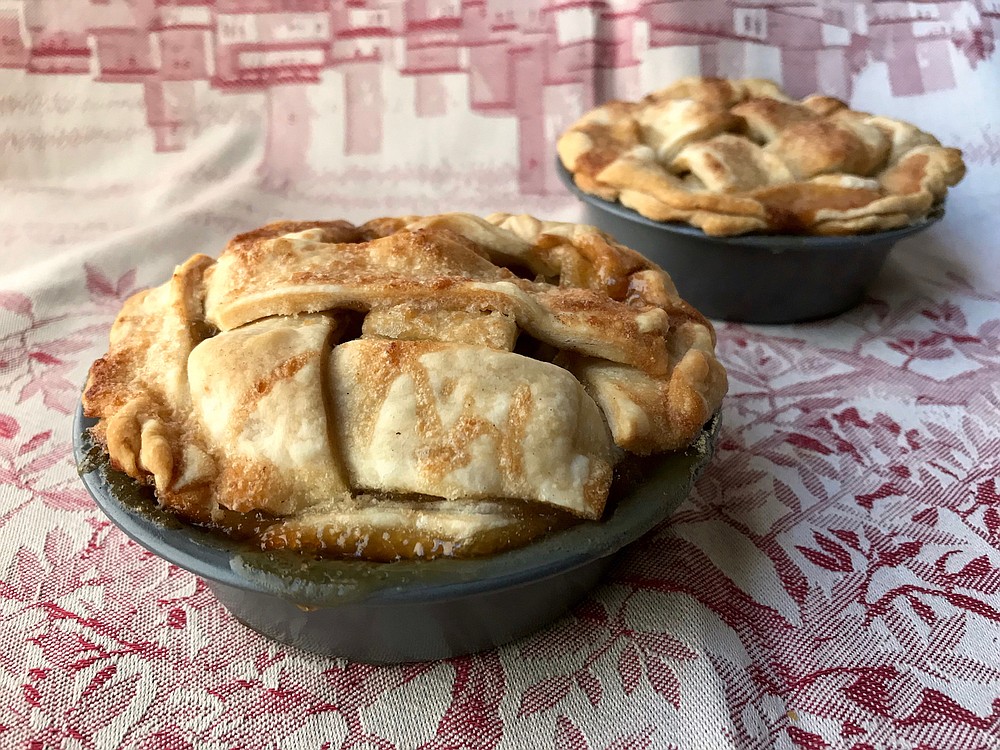 When my friends Erika and Jen described a version of this pie as the best they'd ever had, I knew I had to try it. What makes this pie unique is that the butter, flour and sugar that are normally tossed with the apples to make the filling, instead are cooked together to make a caramel-like sauce that is poured over and into the unbaked lattice crust.

They weren't kidding. This pie is wonderful.

Here I've adapted the recipe to make four mini pies and added a touch of cinnamon and a pinch of salt. Everyone gets their very own pie, and any leftover pies can be frozen.

In a saucepan, melt the butter and then stir in the flour to form a paste. Add the granulated sugar, brown sugar, water and salt and bring to a boil; simmer 5 minutes. Remove heat and set aside.

Roll both sheets of pastry and cut them into 4 (6-inch) circles; reserve the scraps. (See note.)

Place each circle in the bottom of a 4-inch pie plate; divide apple slices among pie crusts and sprinkle apples with cinnamon.

Cut the scraps into (1-inch or so) wide strips with a sharp paring knife or pastry wheel. Weave the pastry strips into a loose lattice pattern over each pie and crimp edges to seal. Place pies on a parchment or foil-lined baking sheet (this will catch any syrup that spills or bubbles over).

Slowly pour butter-sugar mixture over top of each pie, pouring so the majority of the mixture drizzles into the lattice.

Bake for 15 minutes. Reduce heat to 350 degrees and bake until the crust is golden brown and the filling is bubbling, 20 to 25 minutes. Allow to cool completely before serving.

Note: To make this pie as one 9-inch pie, increase the butter to 8 tablespoons, the flour to 3 tablespoons, use 6 to 8 apples and increase baking time to 45 minutes to 1 hour.