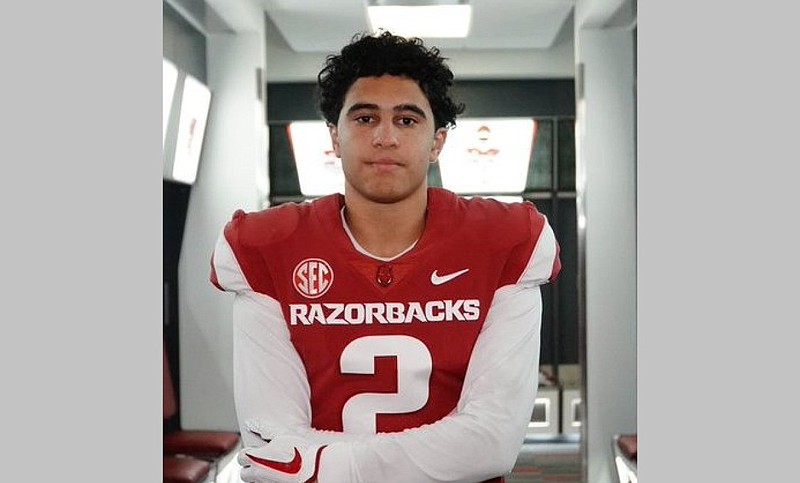 An ESPN junior 300 prospect plans to announce his college decision soon, and a visit to Arkansas is in his plans.

ESPN rates him a 4-star recruit, the No. 20 safety and No. 245 overall prospect in the nation for the 2022 class. Thompson and his father visited Fayetteville for Coach Sam Pittman’s first junior day on Feb. 1.

The father and son recently visited Michigan. They hoped to visit Arkansas this weekend for the LSU game, but they probably won’t be able to make it.

Thompson's father, Hickey Thompson, said they will definitely visit Arkansas next weekend. He said he wants Isaac to get a feel for the city of Fayetteville.

Hickey said he had a great conversation with Pittman on Sunday.