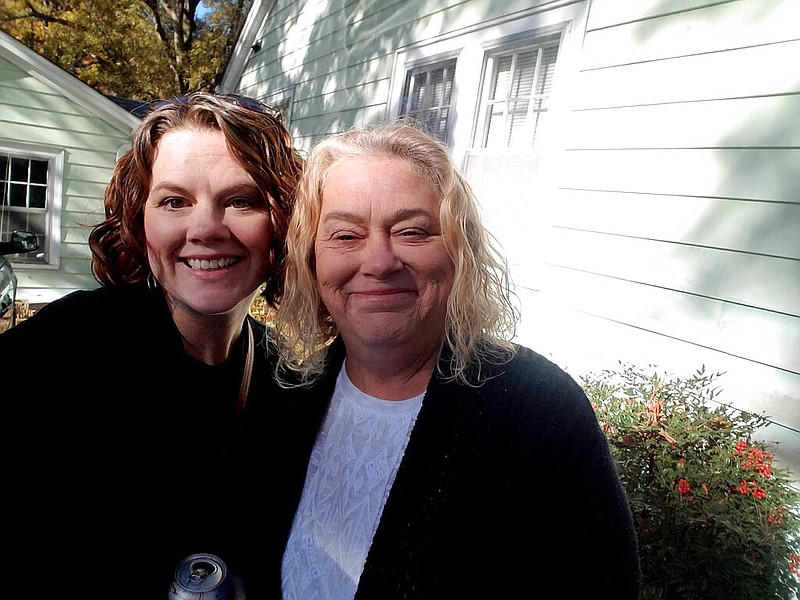 This November 2017 photo provided by Sara Knotts shows Knotts (left) and her mother, Anne Ashcraft, in Monroe, N.C. Knotts, a North Carolina elections director, had to ask members of her board to reject her mother’s absentee ballot because she died several weeks before the general election. (AP / Sara Knotts )

BOLIVIA, N.C. — A North Carolina elections director had to ask members of her board to reject her mother’s absentee ballot because she died several weeks before the general election.

The Brunswick County Board of Elections voted unanimously to remove Ashcraft’s absentee ballot. North Carolina election law requires voters to be alive on Election Day. This includes voters who cast their ballots by mail or during in-person early voting.

“Hardest thing I’ve done as an elections administrator: present a challenge against the absentee ballot cast by my mom,” Knotts tweeted last week.

“Honestly, when she was voting her ballot, she was under hospice care. So I knew that she may not be alive on Election Day,” Knotts said Monday.

She added that she briefly considered encouraging her mother not to vote to avoid the “red tape” of later removing the ballot. But Knotts knew that voting was important to Ashcraft.

“So I just kept my mouth shut,” Knotts said, and never told her mother about the election law that could get her ballot removed.

When the board took up the case, Knotts stepped aside and had another staff member present the case.

Questions over whether ballots count if someone votes early but dies before Election Day have been particularly pressing this year, amid a coronavirus outbreak that has been especially perilous for older Americans.

Seventeen states prohibit counting ballots cast by someone who subsequently dies before the election, but 10 states, including Arkansas, specifically allow it. The law is silent on the matter in the remaining states, according to research by the National Conference of State Legislatures.