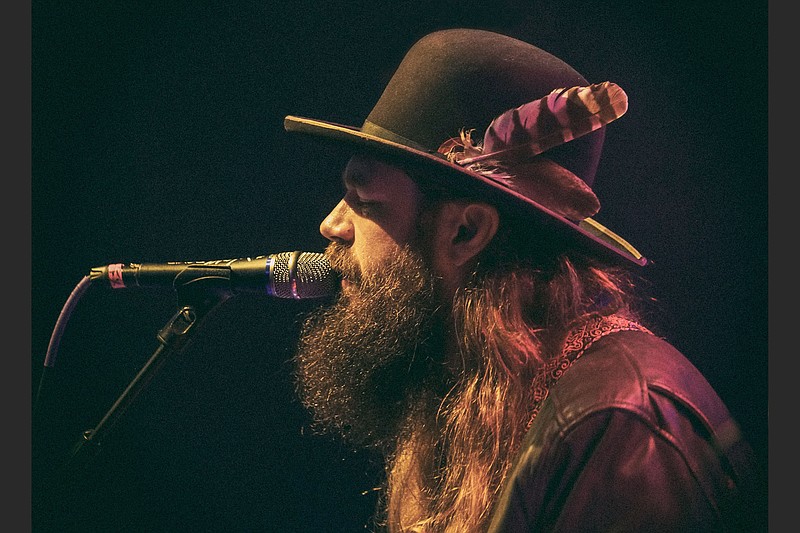 Ward Davis (Special to the Democrat-Gazette)

Ward Davis is talking about his early days in Nashville, Tenn.

He moved there from his hometown of Monticello more than 20 years ago, dreaming of a career in country music.

"It was humbling. In Monticello, I was Ward Davis. I moved to Nashville and I was nobody," the funny, refreshingly honest 41-year-old says earlier this month. "There were 5,000 other nobodies who did what I wanted to do, only they were doing it 5,000 times better than I could. At the time, I wasn't keyed in on songwriting. I would write songs, but they weren't good. They weren't relatable to anyone."

He kept at it, honed his craft, listened to critiques from trusted friends and began to make some headway. His songs have been recorded by the likes of Willie Nelson, Merle Haggard, Trace Adkins and more. He co-wrote "I'm Not the Devil" with his friend Cody Jinks and released an LP, "15 Years in a 10 Year Town" in 2015 that included "Old Wore Out Cowboys," which featured Nelson and Jamey Johnson. An EP, "Asunder" was released in 2018.

Davis' new album, "Black Cats and Crows," a collection of blazing outlaw country and heart-crushing ballads, will be released Friday on the Thirty Tigers label.

"I look at this as my first record," Davis says from his home in Jackson County, Tenn., about 90 minutes outside of Nashville, where he lives with his wife, Natalie, two daughters and one stepdaughter. "'15 Years ...' was basically an acoustic, singer-songwriter record. I wanted to swing as hard as I could on this one. I put a whole lot of work and time and a lot of heart into it." 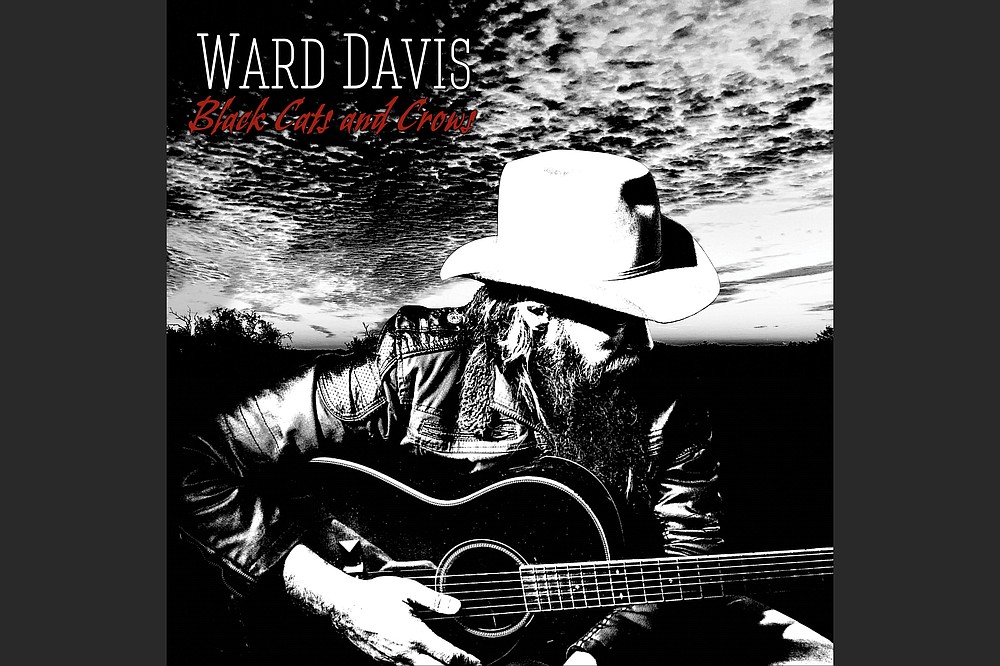 In what might be a first on a country album, "Black Cats and Crows" also features guitarist Scott Ian of New York City thrash metal godfathers Anthrax.

Davis met Ian about five years ago through their mutual friend, the actor W. Earl Brown. Davis and Ian's wife, Pearl Aday, have co-written songs and he passed along to her "Sounds of Chains," a darkly comic track on the new album about infidelity, murder, prison, a religious conversion and eternal damnation.

"I think it's the funniest song I've ever written," he says with a chuckle. "I wanted a female harmony on it, so I sent it to Pearl, and I said as long as y'all have the track, if Scott wants to throw a guitar part on it, feel free. And he did."

The title cut and "Threads," both ballads featuring Davis' piano and rich voice, have been released as singles. "Get to Work Whiskey" is a quitting-time stomper and "Papa and Mama," written by Davis' pal Ray Scott, is a swampy tale of abuse and revenge.

"Nobody," co-written with Camp, is a savagely honest self-assessment and "Good and Drunk," which also appeared on "Asunder," is a devastating breakup song Davis wrote as his first marriage was ending. He also covers Alabama's "Lady Down on Love."

"I sang that at the homecoming assembly when I was 14," he says. "I've always loved that song but didn't understand a damn thing about it. I do now, though. Trust me."

Davis, whose parents are Linda and Levi Davis, was raised on country music. His father, he says, is "a very country man. He grew up listening to Johnny Horton and Merle Haggard, Waylon, Willie, Don Williams, but he also listened to the classical pianist, Richard Clayderman."

Davis began piano lessons when he was around 10, but he was tossed out.

"I wouldn't read the music," he says. "I would get Garth Brooks tapes and learn how to play them by ear. My teacher was a wonderful woman named Joan Koskoski. I would sit on the bench and watch her play and then I would just play what she played."

She sent him to the other side of the room so he couldn't see her hands, but it didn't help. He would just mimic what he heard her play.

"I came to piano class one day and played this Garth Brooks song for her and she said, 'Call your mom. I can't teach you what you're doing. You need to find someone to help you develop your ear.' Essentially, I never really found anybody after that. I was kinda on my own."

His first paying gig was $20 from his father for learning to play "Chariots of Fire."

Growing up, music was his refuge.

"Kids picked on me. I was this goofy, buck-toothed, four-eyed kid and I got my a kicked a lot, but I had that music. It was like armor, and at some point it started to be cool. I was the kid who could play music."

As a student at Drew Central High School, where he was student council president ("the guy who ran against me didn't have the GPA"), Davis had a band whose bass player was his principal, Frank Ferguson.

"Just in the last couple of years have I started calling him Frank. He's always been Mr. Ferguson to me."

Having the principal in the rhythm section didn't help when Davis acted up on a weekend choir trip to the Arkansas State Fair.

"I was being a punk," he says. "I got called into the office that Monday morning and there was my mom, my choir teacher and Mr. Ferguson. They went to town on me. It was rough. We had band practice the next night and he said 'Ward, I didn't enjoy that,' and I said, 'I know. You were just doing your job.'"

Davis hasn't been able to get back to Monticello much since the pandemic hit. As for touring, he has been doing limited-capacity solo shows, but had to sell his bus and van and tours by car now.

"Right now, I don't need them," he says. "My management team put me to work and said it wasn't going to be easy, but we were going to get through this. We've been able to keep the wolves away from the door ... I know a lot of people say this, but my fans saved me. We did livestreams and they tipped, they bought merchandise. When we started doing pre-sales on the new record, we did 1,000 in the first week on just the physical copies. It's been amazing. I'm so grateful."