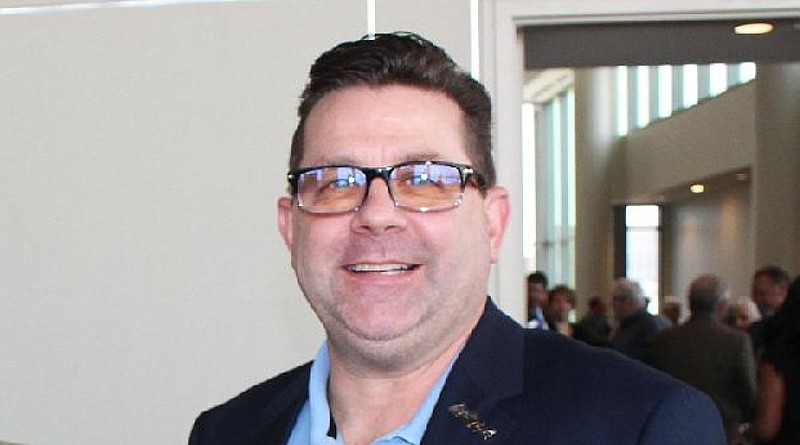 LITTLE ROCK -- The primary union representing the city's police officers recently informed Little Rock Mayor Frank Scott Jr. it has sought federal mediation in an apparent impasse with the city on negotiations toward a new contract.

Meanwhile, a member of the city Board of Directors moved to have board members take up a no-confidence resolution in December on the mayor's appointed police chief, Keith Humphrey.

The call for federal mediation and the proposed no-confidence resolution injected new levels of discord into the Police Department, which has seen escalating infighting between Humphrey and its rank-and-file officers, as well as high-level officials.

In the letter, Little Rock Fraternal Order of Police, Lodge No. 17 President Ronnie Morgan attributed the negotiating standstill to the city's insistence on including four Black Police Officers Association representatives on the negotiating team.

In a statement, Scott indicated he supports including representatives of the Black Police Officers Association at the negotiating table during contract talks.

The current contract between the city and its police officers is to expire Dec. 31.

The city "must allow those who have been marginalized and underrepresented within the police department in the past to take a seat at the table to ensure a more equitable and inclusive process to better represent the men and women who protect and serve Little Rock residents," Scott said.

Additionally, the mayor said the Fraternal Order of Police "loses no bargaining authority" with the Black Police Officers Association at the table. From the beginning of his time as mayor, Scott said patrol officers, detectives and others on the police force have told him they want the Black officers association included during contract talks.

"We understand that this is different from what the FOP has done for 40 years," Scott said. "However, our city is different, and my administration is working to ensure all LRPD members' voices are heard."

More than 83% of the Fraternal Order of Police members over the summer approved a no-confidence resolution on Humphrey, whom Scott appointed to lead the Police Department in 2019 from his previous job as chief of police in Norman, Okla.

Lawsuits filed this year by several of Humphrey's police colleagues have alleged retaliation by the chief. In turn, the police chief filed a countersuit in federal court in late September, accusing members of the Fraternal Order of Police and others of participating in a conspiracy to oust him.

At the same time, the leadership of the Black Police Officers Association has publicly backed Humphrey, saying the chief has the group's support.

In his letter, Morgan told the mayor that before the start of negotiations on a new statement of agreement, Stacy Witherell, the city's human resources director, requested that the union include four representatives of the Black Police Officers Association on the negotiating team.

He said involving entities other than the city and the Fraternal Order of Police violated several articles of the 2020 statement of agreement. Morgan described a nine-member negotiating team as unnecessary, unwieldy and counterproductive.

The union planned to request assistance from the Federal Mediation and Conciliation Service within three days, Morgan wrote.

Lt. J.C. White, a spokesman for the Black Police Officers Association, on Wednesday said he had not seen a copy of the Fraternal Order of Police letter requesting mediation.

When asked if the Black officers association had discussed including representatives at the negotiating table during contract talks, White said, "I cannot quote anybody on that. All I can tell you is that one of the things that the BPOA has strived for was to have a seat at the bargaining table."

"That's not anything new," White added. "I know that they have been in direct contact with City Hall, the mayor, about various issues. But I'm not certain if there has been just a specific sit-down to discuss having a seat at the table."

An emergency meeting of the Black Police Officers Association was scheduled for Friday, White said.

Scott emphasized that although historically the city has signed agreements with a particular union, there have been years when the city and a union did not sign a contract because the two sides reached an impasse when working through the statement of agreement.

"It's our hope to sign a contract," Scott said. "But we want a more unified negotiation table in all forms."

During a Board of Directors meeting last week, Ward 5 Director Lance Hines called for consideration of four resolutions: one expressing concern over Humphrey's continued service as police chief and the others to recognize three specific unions as the "negotiating bodies" representing city employees.

Hines' resolution called for recognizing the Fraternal Order of Police, the International Association of Fire Fighters, and the American Federation of State, County and Municipal Employees.

Hines cited the chief's approach to combating violent crime and the recent ruling by a circuit judge who said Humphrey and the city broke the law when police employees were not provided access to their personnel files.

"It's just a combination of things," Hines said. "And it's just time for the board to make a public statement. And a resolution is our public way of making it official -- the thoughts and views of the Board of Directors for the city."

Hines said he expects the resolution to come up for a vote by the city board in mid-December. If the resolution fails, Hines said, "the point will be moot from my end. I'll still continue to fight to relieve the chief of his command."

"I mean, I wouldn't bring it forward if I thought it was going to fail, for one thing," he added.

Hines said while the resolution may not have a veto-proof majority, he feels that a majority of city directors would support the resolution "based on the conversations" he says he's had with them in recent months regarding Humphrey.

Asked about the resolutions designating the specific unions as the negotiating bodies, Hines said he had the resolutions "ready to go before the FOP filed their impasse."

He said he has heard complaints from the firefighters and the Fraternal Order of Police regarding what he described as "pre-negotiation negotiations about who they're going to have at the bargaining table."

The practice "just totally flies in the face of labor law and how you deal with a duly organized employee-union group," Hines said.

Scott called Hines' resolution on the police chief "an expression of his opinion."