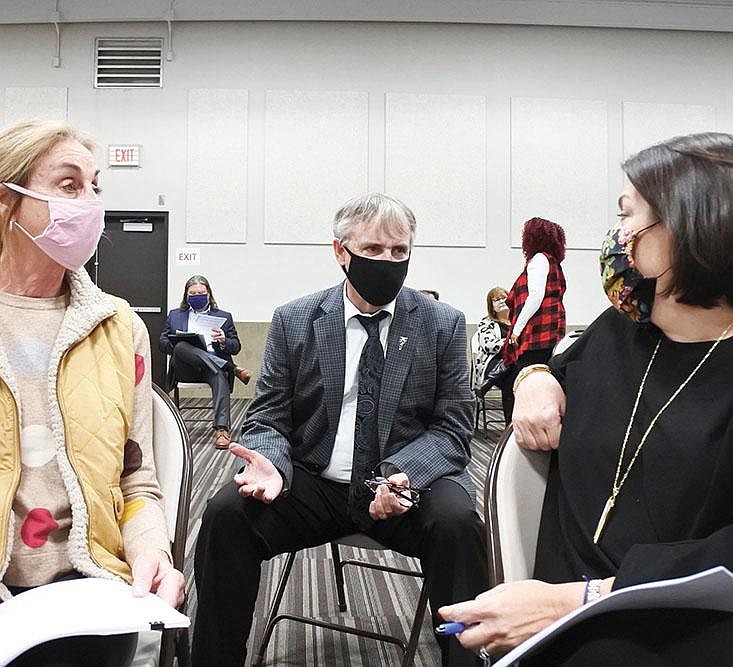 Justices of the peace approved a resolution Tuesday officially declaring the elected position to be vacant. This is a result of the current circuit clerk, Denora Coomer, resigning effective Dec. 31.

The Quorum Court also approved a resolution appointing Cindy Gilmer to the position for the remainder of Coomer's four-year term, which is from Jan. 1 through Dec. 31, 2022. This garnered nine positive votes and three negative ones, the latter of which came from justices of the peace Danny Aldridge of District 6, Jim Medley of District 7 and Valeria Robinson of District 8.

In her letter of resignation, which was dated Oct. 20 and addressed to County Judge David Hudson, Coomer wrote that she was grateful to Sebastian County for her career, with it having been her "honor and privilege" to have served as court administrator for 29 years and circuit clerk for eight years.

"At the ages of 80 and 70, respectively, my husband and I are preparing to work on our 'bucket-list' while we are still able," Coomer wrote.

Coomer also asked that the Quorum Court allow Gilmer, her chief deputy, to complete her term.

"Cindy has served in the circuit clerk's office for 33 years, and was the clerk for one term," Coomer wrote. "Her experience and knowledge are unsurpassed. She is a great asset to the office."

"Cindy has dedicated decades of service to Sebastian County and the circuit clerk's office and for a time served as the elected circuit clerk," Tabor wrote. "Cindy is professional, personable and possesses all the knowledge and qualifications necessary to serve in that position.

"Of particular importance, Cindy has worked with the Administrative Office of the Courts for many years on the implementation of Contexte and E-Filing throughout the state. As Sebastian County is in the process of receiving those services Cindy's experience and knowledge with those programs is crucial to the office going forward."

In a memo to the Quorum Court, Hudson wrote that he agreed with Coomer and Tabor, and recommended that Gilmer be appointed.

The yearly salary of the Sebastian County circuit clerk position is $92,168, according to the county human-resources coordinator, Krystal Bunda.