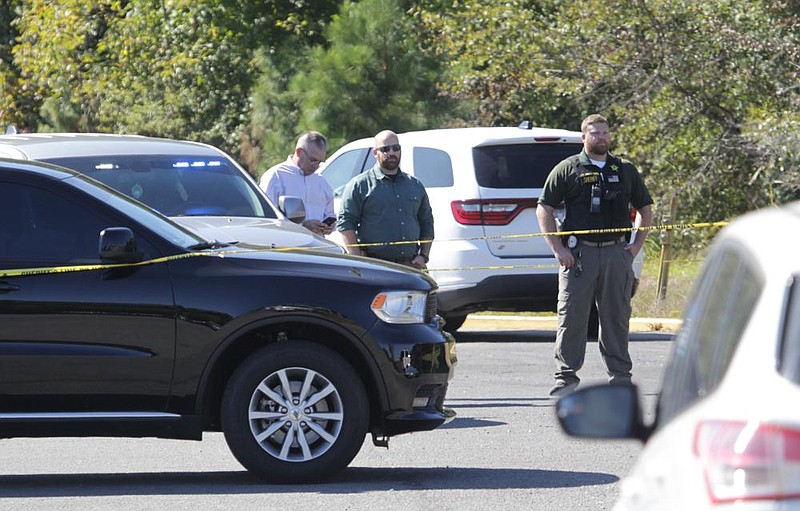 Investigators stand in the parking lot of the Econo Lodge motel at 210 N. Blake St. in Pine Bluff after the Oct. 5 shooting that claimed the life of police detective Kevin Collins and left Lt. Ralph Isaac wounded. Both officers, along with officer Kelsey Collins, were working on an investigation when they were involved in a shootout in the motel parking lot. (Pine Bluff Commercial/Dale Ellis)

A Pine Bluff man accused in the Oct. 5 shooting death of Pine Bluff detective Kevin Collins appeared in district court Wednesday and, because the Arkansas State Police has not yet completed its investigative file in the case, was ordered by District Judge Kim Bridgforth to return to court on Jan. 7.

Keshone Smith, 19, is being held in the Jefferson County jail on suspicion of capital murder. At the time of his arrest, he was being sought by law enforcement authorities in Conyers, GA., suspected of involvement in a homicide there on June 15.

Smith had told Bridgforth at an Oct. 7 probable cause hearing that he planned to hire an attorney, but Wednesday he asked for a public defender.

"I told them I was going to hire my own," Smith said, which was confirmed by court records.

"So you've changed your mind on that now?" Bridgforth asked.

"How do you support yourself?" she asked.

"Do you live with somebody?" Bridgforth asked.

Smith said he had been living with his grandmother before his arrest.

"So your grandmother supports you?" Bridgforth asked.

"Yeah, yes ma'am, you could say that," Smith said.

Asked if he owns any property, Smith appeared unsure how to answer the question.

"Do you have any property?" the judge repeated.

The judge told Smith that she would have him fill out an affidavit attesting to what money and property he owns before making a determination on whether to provide him with a public defender.

"OK," Bridgforth said. "You just need to make sure you fill that out and send it back over to me in the morning."

At the time of his arrest, Smith had been sought by law enforcement authorities for nearly three months after being identified as a suspect, along with two other Arkansas men, in a homicide in Georgia. On June 15, police in Conyers, Ga., a suburb of Atlanta, were called to an apartment complex where they found a Conyers man, 23-year-old Money White Jr., shot to death.

Two Conyers men were arrested four days later on charges related to White's killing. Because Smith -- along with Desmond Marks, 21, of Pine Bluff and Carlos Penore Davis Jr., 20, also an Arkansan -- was suspected of involvement in White's death and of fleeing to Arkansas, Conyers police notified Arkansas law enforcement authorities, including the Pine Bluff Police Department, with that information.

Lucas said police there believe White's death was the result of a drug deal that escalated into robbery and homicide. She said in addition to murder charges, Marks, Davis and Smith were charged with two counts under the Georgia Criminal Street Act, which provides for enhanced penalties under Georgia law.

Smith is reportedly affiliated with the EBK/MG street gang that is believed to be involved in a number of homicides and shootings in the area, according to authorities. Lucas said police in Georgia have heard of the gang but she could not say with certainty what presence, if any, EBK has in Georgia and said little is known there about the gang.

"That was something we had to do some research on and rely on Arkansas for information," she said. "Certainly we have our own set of gang problems here but EBK was new to us."

Despite facing charges in Georgia, Lucas said the gravity of Smith's charges in Arkansas would take precedence, making it unlikely that Georgia will attempt to extradite him at this point. 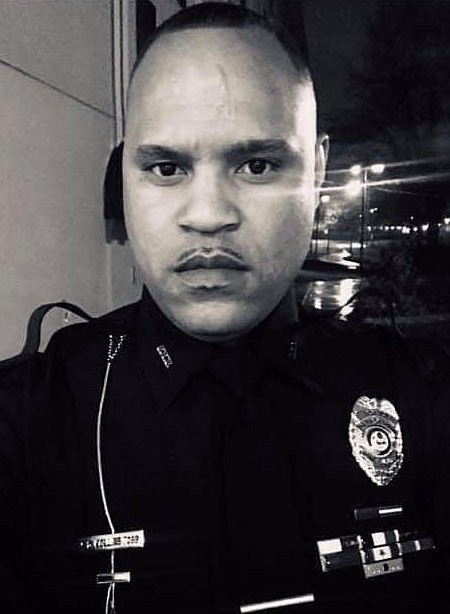