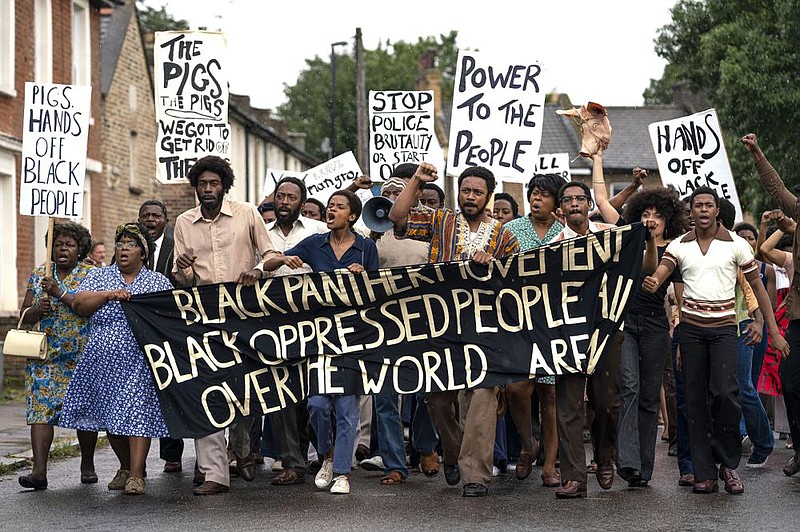 Normally, we'd be caught up in awards-grubbing prestige movies this time of year.

But we have been disrupted. "Wonder Woman 1984," originally meant to come out in November 2019, is the only blockbuster movie still scheduled for a cinematic release in 2020. It's supposed to come out on Christmas Day, but don't expect that to happen.

As has been reported, Warner Bros. might open it in December and follow the theatrical release by putting the film on HBO Max in January, but it's more likely the studio is going to delay the cinematic release into 2021. Maybe by April, with vaccines on line, the pandemic will have died down enough that crowds will turn out for it in a way they failed to do for "Tenet."

Obviously, there is still content in the pipeline; witness the movies that are opening in theaters every week now. Josh Duhamel's "Buddy Games" was filmed in 2017, "The Last Vermeer" has been sitting around for more than a year, and we're leading this section with a middle-of-the-road Jackie Chan action vehicle, but the well isn't dry yet.

It's just that, for the time being, most of the highly anticipated films will be playing in our living rooms.

I'm really looking forward to Netflix's "Mank," the David Fincher film about the making of "Citizen Kane," as well as Steve McQueen's "Small Axe" miniseries, which makes its debut on Amazon Prime today.

If "Small Axe" sounds familiar to you, that may be because my colleague Piers Marchant has written about it in this section a couple of times already. He saw several episodes at the New York Film Festival in late September. The first episode, which premieres today -- Amazon Prime is releasing one per week rather than letting them go all at once for would-be bingers -- is based on the true story of Frank Crichlow (Shaun Parkes), who, as owner of the Caribbean restaurant Mangrove in London's Notting Hill, stood up to police persecution in the 1960s and became known as the godfather of British Black radicalism.

Harassing police raids on Mangrove provoke Crichlow and the local community into taking to the streets in peaceful protest. After nine of them, including Frank, leader of the British Black Panther Movement Altheia Jones-LeCointe (Letitia Wright), and activist Darcus Howe (Malachi Kirby), are arrested and charged with incitement to riot, a highly publicized trial -- not that much different from the one recently dramatized in Aaron Sorkin's "The Trial of the Chicago Seven" -- ensues, leading to the first judicial acknowledgment of behavior motivated by racial hatred within London's Metropolitan Police.

While "Small Axe" is billed as a miniseries, it's really more an anthology consisting of five films, the shortest of which is 68 minutes long. ("Mangrove," as the first installment is titled, is two hours and four minutes long.)

Something else to search out this weekend is "Fireball: Visitors From Darker Worlds," a documentary co-directed by Werner Herzog and Clive Oppenheimer that takes a look at the way shooting stars, meteorites and deep impacts have captured the human imagination. It's available on Apple TV+.

And if you need a little Christmas right this very minute, the buzz is strong for "Jingle Jangle: A Christmas Journey," in which a toymaker (Forest Whitaker) and his granddaughter (Madalen Mills) invent a magical device. Whitaker gets to sing in this one. It's on Netflix and some are calling it the best Christmas-theme family movie in years. So take that, "Fatman."

I'm more interested in prolific documentarian Alex Gibney's "Crazy, Not Insane," which premiered on HBO earlier this week. Gibney, whose prior subjects have ranged from the collapse of Enron to the inner architecture of Scientology, dives deep into psychiatrist Dorothy Otnow Lewis' research into why some people kill, and some killers develop into serial murderers. Gibney changes up his usual style on this project, utilizing a mix of cinema verité, animation and home movies.

We can hold out a little longer. Let's hope the theaters can.