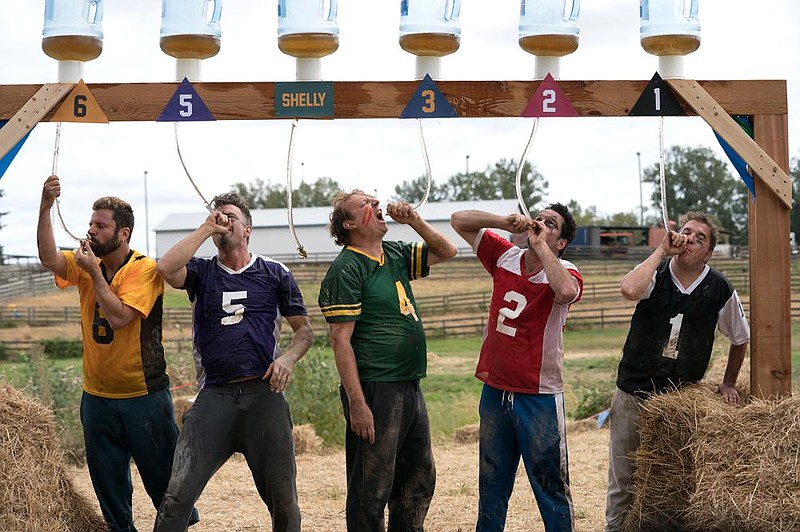 Almost nobody remembers that when Mike Judge's eerily prescient film "Idiocracy" was released in 2006, it wasn't screened for critics. The studio didn't even prepare a press kit; they only made two film stills available to newspapers and magazines.

The hope was that no one would notice the film, which was only being given a token theatrical release to satisfy contractual obligations in advance of its release on home video. Nobody at 20th Century Fox expected the movie to make any money theatrically, they hoped they could make back its modest budget -- an estimated $4 million -- through DVD sales and rentals and licensing fees. They meant to bury the film.

And so, there weren't a lot of contemporary reviews of the movie by critics. And even now, the Rotten Tomatoes website only lists 49 professional reviews of the film, the majority of which were filed years after the movie opened. Looking through them, it's assuring to note that some of my colleagues got it from the very beginning. For instance, Sherry Linden of The Hollywood Reporter said it was "[o]ften stingingly funny -- and an undeserving resident of the summer's-end movie dumping ground."

Most did not however. One critic I admire gave the film a flat "F." Others were similarly unimpressed. I was relieved to discover I did not weigh in on the movie until 2009, when I offered that it was "too subversively smart for comfort." My revised opinion of the movie is that it's all right, but that it doesn't deserve a second more than its 84 minute running time. "Idiocracy" did understand the American arc, and it was scarily accurate but nowadays it's probably overrated as a cinematic experience. It's one joke -- and a nasty joke at that. We deserve it, but it's hardly Judge's best work. ("Office Space" is better. "Silicon Valley" is better. The better Beavis & Butt-Head episodes are better.)

And maybe over the fullness of time, "Buddy Games," which, like "Idiocracy" is probably going to be handled roughly by those critics who bother with it when it opens today, will be re-evaluated. Maybe someday people will discover a rich subtext in Josh Duhamel's directorial debut. Maybe I am just too close to the fire to appreciate its beauty. All I know is that if I'd bought a ticket to see "Buddy Games," I'd feel burned.

"Buddy Games" feels like it could have been a movie within the movie that was "Idiocracy," a posited example of just how stupid we would become if we didn't begin to shun the path we'd started down. "Buddy Games" is like a dumber version of Adam Sandler's "Grown Ups," crossed with the forgettable 2018 comedy "Tag," crossed with the episode of "Jackass" where Johnny Knoxville tests a protective cup by having somebody drop a billiard ball on his groin from the roof of a two-storey building.

OK, maybe I'm missing something. Congratulations to Duhamel for making a movie, and for finally getting it in theaters three years after it was shot.

But "Buddy Games," ostensibly about the restorative powers of male bonding, is rote, dull and unfunny in addition to being rude and vulgar. I think it was going for a "Hangover"-type vibe, loose and locker roomy, and I guess it was probably fun to be on set but none of that really translates. "You had to be there" is no recommendation.

The setup is that a group of man-children have this annual ritual where they play paintball and other reindeer games as an excuse to roughhouse, drink and frat prank each other. (Don't fall asleep around the bros.) But one of them, Shelly (Dan Bakkedahl, who was hilarious as Sen. Roger Furlong on "Veep") suffers a terrible injury while gloating about winning the games, which causes everyone to temporarily sober up and stop acting stupid for a while.

So they all go off to pursue their modest dreams in mediocre fashion. But then five years later, Bob (Duhamel), aka "Bobfather," who's the groups' leader because everyone says he is and because he co-wrote the script and directed the movie, finds Shelly (who disappeared after the last Buddy Games) is in bad physical and psychological shape and in need of "a win."

So let's get the band back together. Except Shelly doesn't want Bender (Nick Swardson), whose reckless actions precipitated Shelly's injuries, to join in the games this time. But, hey, he's part of the gang, and we can't have Buddy Games without Bender, can we?

All right, so we have a bunch of middle-aged white guys (very white guys) engaging in a bunch of semi-athletic challenges, hurting themselves and cursing somewhat imaginatively. It's not the worst thing you've ever sat through, and there is just enough chemistry between the boys (there are girls too, chief among them "Office Christmas Party" star Olivia Munn who plays the Bobfather spouse in this one) to make you understand why they held out enough hope to keep going.

But it just doesn't work.

On the other hand, if you miss Kevin "Entourage" Dillon he's here.

Oh, and so is Dax Shepard, who was also in "Idiocracy" where he played a lawyer named Frito Pendejo whose catchphrase was "I like money." Which was reason enough for him to sign onto this project.

And reason enough for us to avoid it.

Rating: R, for strong crude sexual content and language throughout, some graphic nudity, drug use and brief violence

Playing theatrically and available for rental via streaming sites