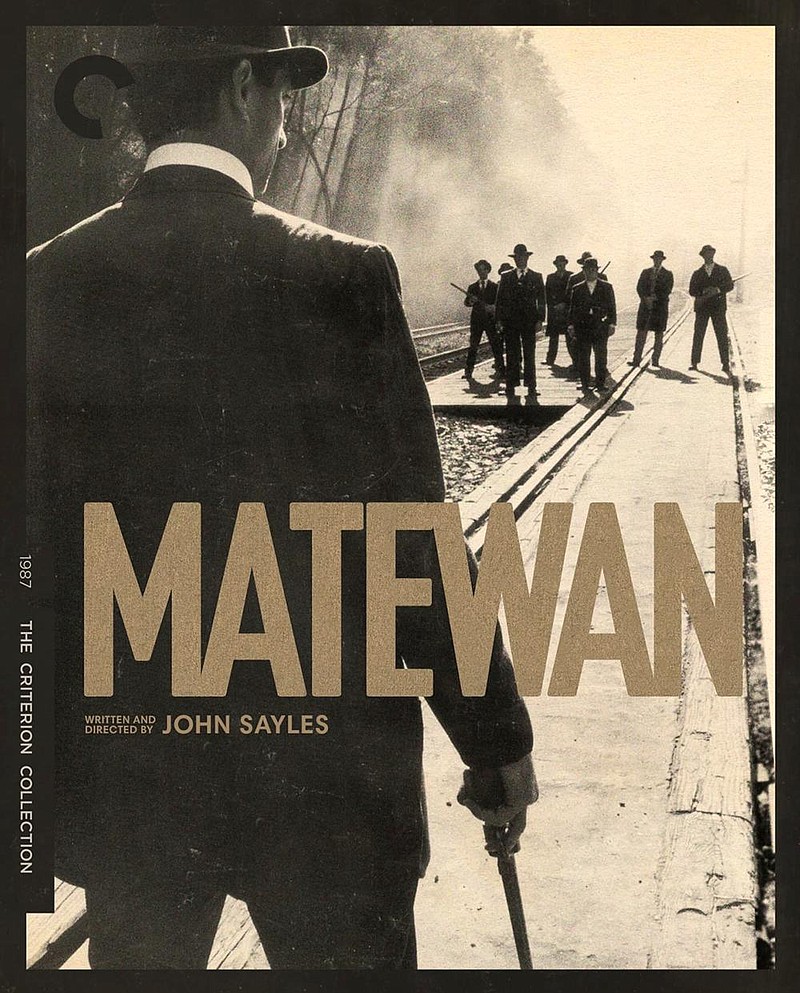 Editor's note: This is the first in a series of recently released Criterion Collection DVDs we'll be exploring over the next few weeks.

John Sayles' 1987 film, "Matewan," based on the true story about the bloody doings of a coal miners union forming despite the underhanded tactics of the local coal company in rural West Virginia in 1920, is depressingly still apt a century after the events depicted actually took place.

As earnest socialist and union organizer Joe Kenehan (Chris Cooper) explains to the nervous miners who want to take up arms against the Blackmen the company brought in from across state lines to take their place, pitting workers against workers is what companies (Joe amusing calls it "those who work against those who don't") have been doing for thousands of years. To his mind, the only solution is when all workers everywhere take their power back and join up with the unions in order to stand in solidarity against the cruel practices of management.

Substitute "immigrants," here and you can see how the modern GOP is still using the same tactic to divide the poorest members of their constituency by creating an imaginary enemy to hide behind.

In any event, true to form, Sayles' film is absolutely stocked with fascinating characters -- from James Earl Jones' "Few Clothes," and David Straitharn's cool-as-ice sheriff, to Kevin Tighe's menacingly evil union buster -- but the depth of the miners' struggle is best exemplified by a young preacher boy, Danny (a young Will Oldham), whose widowed mother (frequent Sayles' muse Mary McDonnell) runs an inn. At 15, and already working in the mines, Danny's conversations with the pacifist Kenehan help establish the film's labor-friendly philosophies.

Based on real events, Sayles is also well in his element explaining the intricacies of the uprising, highlighting the brutal ruthlessness of the company, and its underhanded dealings with the miners, even if his palette utilizes a lot of primary colors (Kenehan, kind-hearted and committed is practically deified, while Tighe's evil Hickey literally jokes about going to hell). Continuing in his fabulous run in the '80s -- his next film was the sublime "Eight Men Out" -- Sayles was at the very top of his powers, shooting on location in West Virginia and populating his screen with a blend of gifted character actors (including Jones, McDonnell, TV stalwarts Tighe, and Gordan Clapp), and a pair of unknowns in Cooper and Oldham making their screen debuts.

Disc Extras: The bonus material with this new 4K edition includes a thoughtful commentary from director Sayles and Oscar-nominated DP Haskell Wexler, a gaggle of new mini-docs on the production of the film, its soundtrack and an essay from critic A.S. Hamrah.