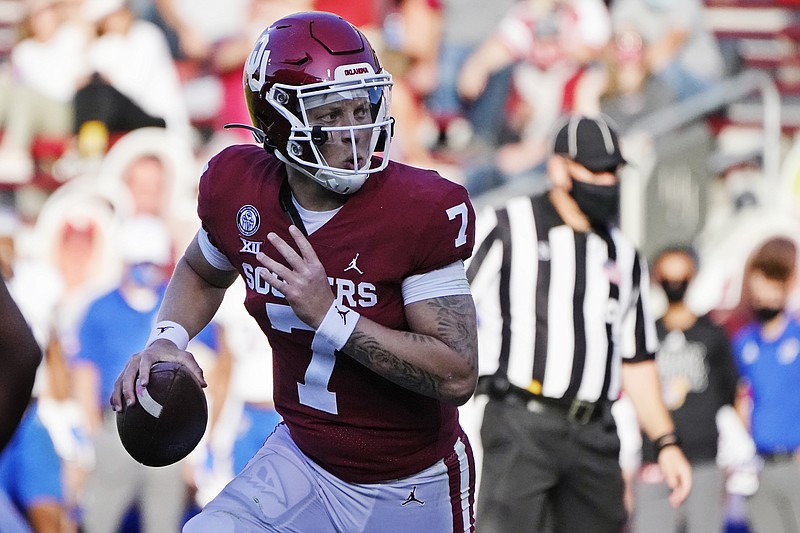 Oklahoma quarterback Spencer Rattler (7) carries for a touchdown in the first half of an NCAA college football game against Kansas in Norman, Okla., Saturday, Nov. 7, 2020. (AP Photo/Sue Ogrocki)

Bell, an Oklahoma graduate, has been to every Bedlam game held in Norman since, but that streak is set to end today.

As the Sooners prepare to host a limited capacity crowd for the state's marquee college football game, Bell plans to skip Bedlam for the first time in four decades because of the coronavirus pandemic. She has elderly parents and a husband who manages an assisted living center, meaning they must be extra careful to avoid covid-19. Her presence in the stadium today will be limited to a cardboard cutout.

Oklahoma and Oklahoma State have plenty at stake -- both are in the running for a spot in the Big 12 title game, are ranked in the Top 20 and still want those in-state bragging rights.

But the pandemic has changed the vibe around the game. ESPN's "College GameDay" will be in Norman, but no fans will be allowed for traditional tailgating. The stadium can only be at 25% capacity and social distancing measures will be enforced.

Bell won't even be meeting with her friends to watch, and she's not alone.

Norman Mayor Breea Clark -- who earned her law degree from Oklahoma -- is also sitting this one out. She sees this as an opportunity to lead by example.

"Sometimes, life happens, and this is what we've got this year," Clark said. "We just need to make good choices and get ourselves through it, and that will make the next year that much more enjoyable."

Tony Lippe is a licensed practical nurse from Midwest City, Okla. He considered skipping the game this year before deciding to go. He and his wife, Jennifer, will behave differently this year.

"You've just got to make those smart decisions," he said. "Normally, we go up and maybe hug some of our friends that we haven't seen in a while, and it's just not doing any of that. It's masking and keeping distance. Maybe a little elbow bump."

Restrictions will affect the game experience, too. Jesse Wells, a 14-year Oklahoma season ticket-holder, said his expectations for this game were tempered after he attended the Kansas State game. He and his son, Luke, an Oklahoma State fan, plan to make the best of it.

Bill Kauffman, an Oklahoma fan who lives in Tulsa, expects the changes to be noticeable in specific situations.

"When OSU's got a third down, usually our stadium gets a little loud and they sometimes have a problem making the calls or whatnot, and it can cause false starts, bobbled snaps, et cetera," he said. "And I don't think it'll have near as much of an effect."

Oklahoma fan Antonio Record, known as "Mr. OU" at games, often attracts other fans for photos because of his mohawk haircut and colorful garb. He'll mask up today, as is the policy at Memorial Stadium.

"I keep a mask on because my daughters will look and go through all of my pictures after a game and see if I didn't have a mask on," he said.

As for postgame, there won't be as much activity at bars because of the curfew. Clark, who is in favor of the curfew, said she expects the action to move to house parties.

Clark said whatever fans do, she hopes they follow what she calls the "Three Ws" -- wash your hands, watch your distance and wear your mask. She originally had hoped to watch the game with Stillwater Mayor Will Joyce, and looks forward to doing so in Stillwater next year.

"It's just unfortunate because I would love for us to be in the same room, wearing our colors, talking smack to each other," she said. "And it's just not going to happen this year." 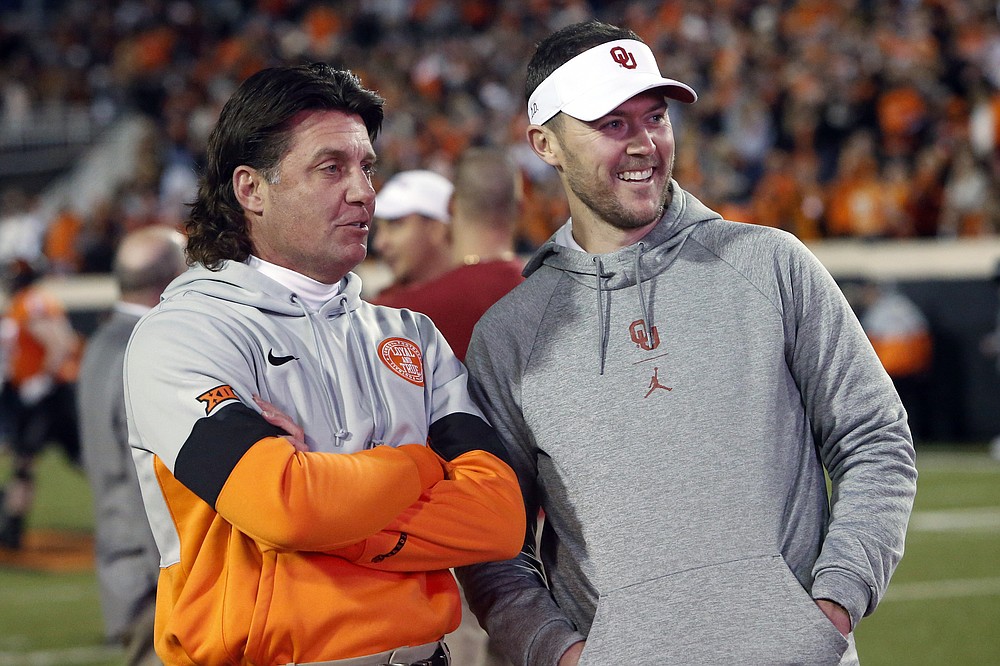 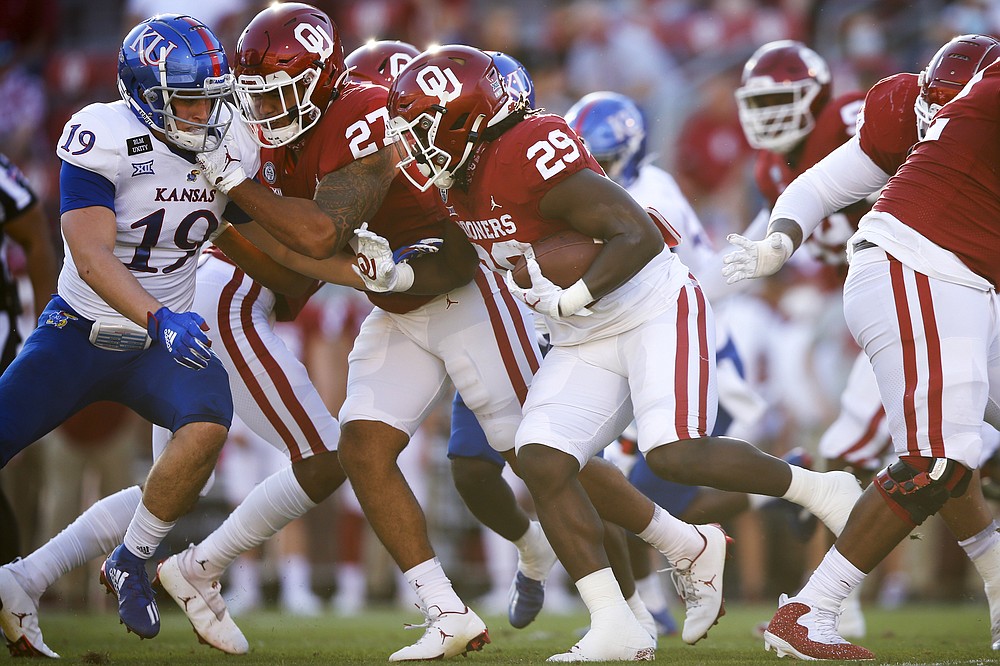