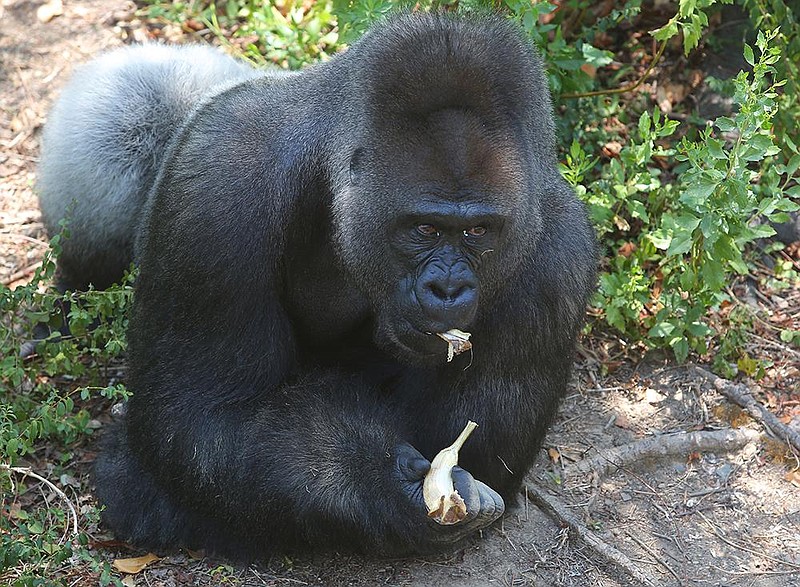 Brutus, a silverback gorilla, eats a frozen bananna at the Little Rock Zoo Tuesday. The great apes are given the frozen treats along with some others throughout the day to give them some relief from the heat. (Democrat-Gazette file photo)

The Little Rock Zoo announced Friday the passing of Brutus, a 42-year-old silverback gorilla, described by the zoo as a "treasured member" of its Western lowland animal group.

Brutus did not recover from the anesthesia after a medical examination for a gastrointestinal problem, the zoo announced.

Brutus "had come to be known as one of the most engaging members of the Little Rock Zoo family," zookeepers said, adding that he had a "charming and sweet personality all his own."

Brutus was born in the Los Angeles Zoo and in November 1990 was moved to Little Rock from the Brownsville Zoo in Brownsville, Texas. Near the end of his life, he shared an enclosure with Catherine and the two were companions during 2019, officials said.

Silverback gorillas, also known as mountain gorillas, are indigenous to the mountainous areas of central Africa. Silverbacks are the most endangered species of gorilla because of poaching, tree-cutting and farming, according to experts.

Gallery: Little Rock Zoo's Brutus the gorilla passes away at 42

The males are referred to as silverbacks because of the patch of silver hair on their backs.

Brutus was a Little Rock Zoo favorite among visitors, his keepers said.

"I remember once when I was trying to bring Brutus inside for the night and he was not cooperating," said Catherine Tidwell, one of his keepers.

"All of a sudden, I heard a little girl shout about his size," she said. "Brutus quickly took that as a cue and went to the middle of the grass, plopped down with feet out, and started to make silly faces."

Tidwell said Brutus was the type that "needed to soak up his people before they left."

Anne Redemacher, another of his keepers, called him a "tremendous flirt" and he knew when people noticed him. He also would show certain employees his playful side.

"[It was] quite the honor to be one of 'the chosen,'" Redemacher said.

The Little Rock Zoo has more than 50 categories of animals, including six Western lowland gorillas and a variety of chimpanzees and orangutans.

"To say that he will be missed and that his absence is felt is an understatement," Altrui said. "We are glad to know he had a good home with us here." 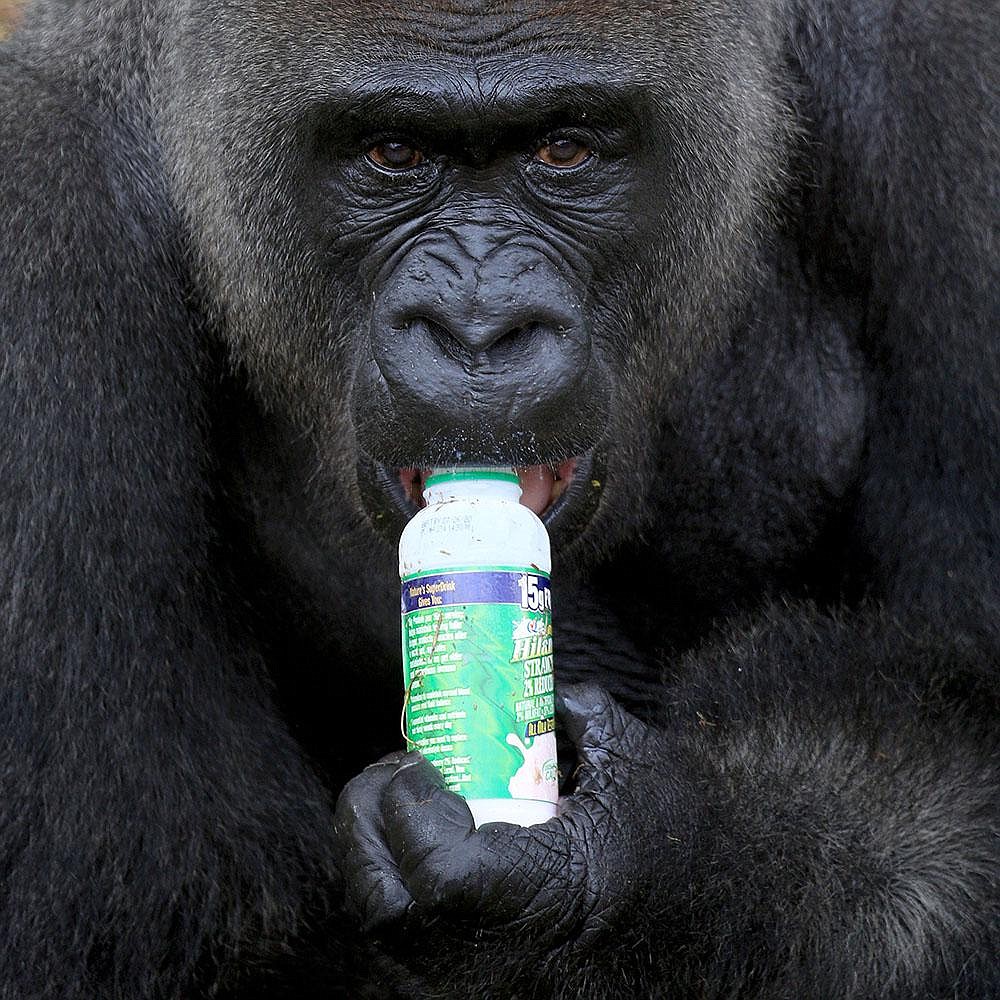