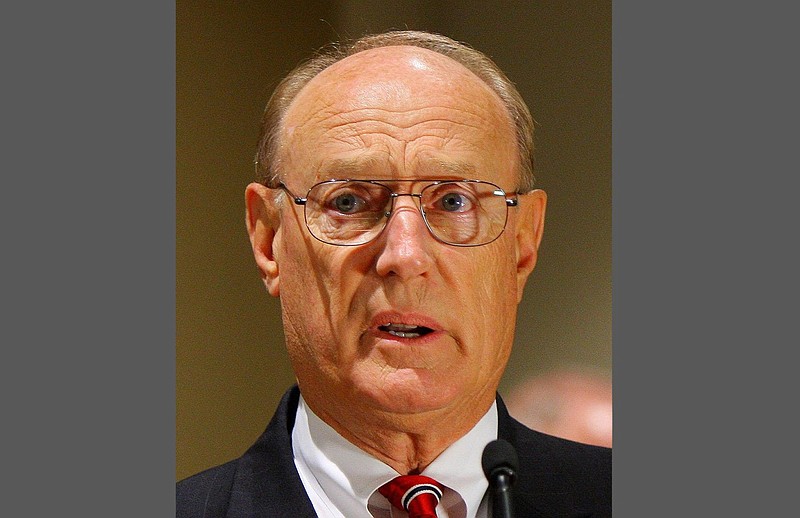 Joe Morgan, a prominent figure in the Arkansas automotive industry and a member of the Arkansas Game and Fish Commission, died Saturday from complications of pulmonary fibrosis. He was 76.

A longtime automobile dealer, Morgan served 14 years on the Arkansas Motor Vehicle Commission and on the General Motors Product Council from 1992-98. In that position Morgan was instrumental in persuading recording artist Bob Seger to allow Chevrolet to use his song, “Like a Rock” in a successful advertising campaign.

Gov. Asa Hutchinson appointed Morgan to the Game and Fish Commission in July 2015. Morgan immediately began advocating to change regulations on the Bayou Meto Wildlife Management Area to restore the opportunity for hunters to enjoy a high-quality duck hunting experience.

“Joe Morgan was my first appointment to the Game and Fish Commission due to his unmatched commitment to the outdoors and his character and integrity,” Hutchinson said. “He was an advocate for hunting and fishing in Arkansas long before he joined the commission. Generations to come will benefit from his service to the state.”

He successfully lobbied to pass safe boating regulations and to require duck hunters to be off the Bayou Meto Wildlife Management Area by noon. The purpose, Morgan said, was to reduce crowding on wildlife management areas where he said resident hunters no longer felt welcome.

Morgan often exasperated the other six commissioners with his unwavering focus on Bayou Meto. Commission chairman Andrew Parker said Morgan’s obsession with the area was rooted in his concern for duck health and the quality of hunting for Arkansas residents everywhere.

“It’s abundantly clear to anybody that spent a day or six years with Joe that he was unabashedly committed to returning to the Arkansas hunter the experience that he enjoyed decades ago,” Parker said. “And he didn’t care whose ox got gored. He was absolutely unapologetic about it whatsoever. He made a lot of us groan, but Arkansans responded with great thanks to him, and to all of us, whether we deserved it or not.”

Parker acknowledged that Morgan seldom had support from a majority on the commission for his ideas, but his persuasiveness always prevailed.

“In the hearts and minds of Arkansans, it was a big deal, and he did it nearly by himself, consequences be damned,” Parker said.

“He put on no airs,” Reeves said. “Joe always gave it to you with the bark off. Subtlety was not in his repertoire. He just really embraced his role as a commissioner, and he had the ability as commissioner to help make things better. He gave it everything he had on issues that were important to him.”

Morgan was the oldest member of the commission. Anne Marie Doramus of Little Rock is the youngest. She said she benefited greatly from Morgan’s experience and wisdom.

“Somebody who’s been outdoors that long and seen as much as he did, well, they know things,” Doramus said. “This whole deal about being out [of Bayou Meto] by noon was difficult for me to swallow because our staff was against it, but he truly cared about letting ducks rest so people could go out and have good duck hunt. He was tired of seeing sad faces at the boat ramp, and he wanted to do what he could do to make it better.”