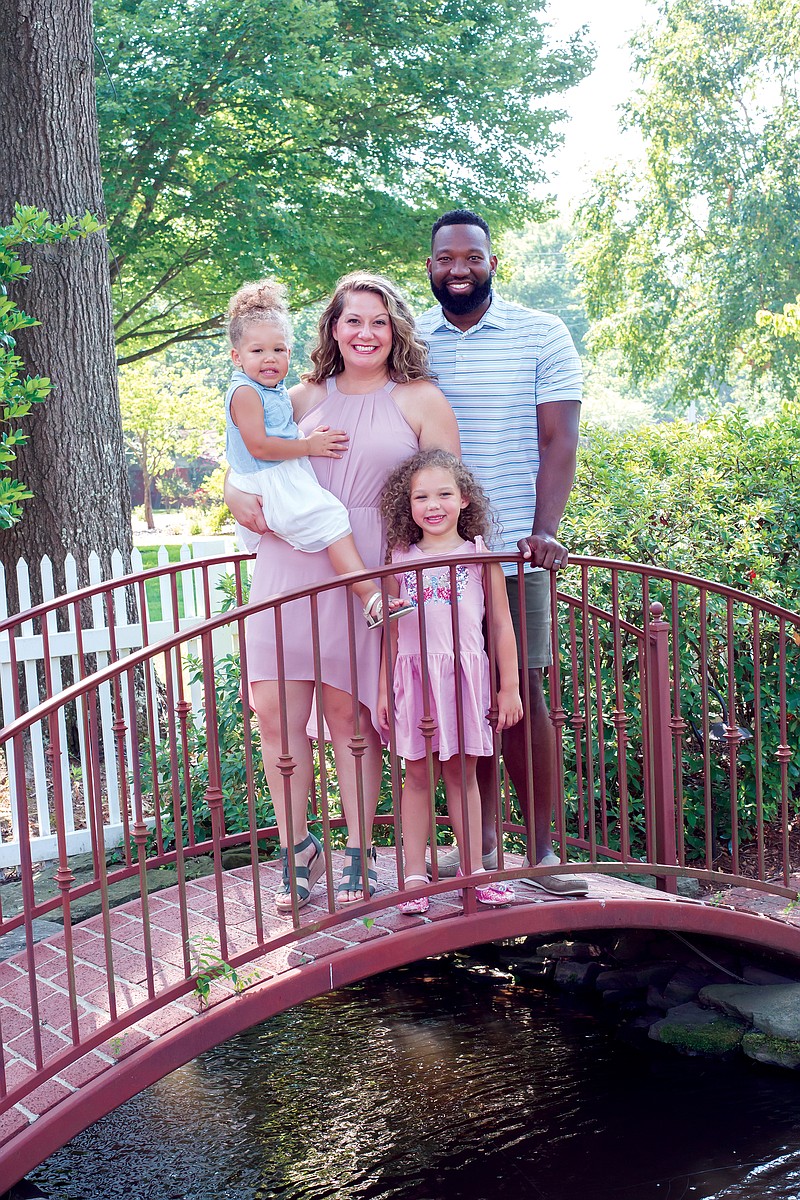 CONWAY — In March, at the beginning of when most of the state was shut down and people were quarantining due to the COVID-19 pandemic, Leah Farris encouraged her sister, Whitney Cummings, to submit a video to the television show “America’s Funniest Home Videos.”

The video in question was that of Cummings’ daughter Charlotte, who was about 2 1/2 years old at the time, and her dad, Leo Cummings. Leo was trying to put ChapStick on Charlotte’s lips and warned her not to lick it. But as soon as he went to apply it, Charlotte licked it.

The video can be viewed on the River Valley & Ozark Edition’s Facebook page at https://fb.watch/1SreROuwIi/.

“My sister told me she was going to submit the video, and I told her if anybody submits it, it is going to be me,” Whitney said. “But she is the real reason we did it, so thank goodness for her.”

“What a blessing we have received off a video that we did three years ago,” Whitney said. “I didn’t expect anybody to think it was funny.

“We just thought it was funny because of a personal experience. It was so humbling to have so many people that were rooting for us and excited for us. It has been a blessing, especially right before Christmas, to have this additional income.”

“It is exciting,” Leo said. “Having an opportunity to be on national television — it is a once-in-a-lifetime opportunity to win and celebrate that with our friends and family.

“It has been a surreal experience, to be honest.”

Whitney said she submitted the video in April, and it was the end of June when the family was told the video might make an episode. She said they had to fill out paperwork, and in early July, the show called and told her she would be a finalist. The episode was filmed in August, but it didn’t air until Nov. 1 on ABC.

“It was hard. It was really hard [to keep it a secret],” Whitney said.

“We are very close to our family, and they knew we were filming, so when they asked us how it went, we just said, ‘We are real excited, and we will just have to wait and see,’” she said.

“The show wanted a real reaction,” Leo said, “so what you saw that night was our reaction, recorded in August. It was an honest-to-goodness reaction because when they recorded it, we didn’t know we had won.”

Leo, who works for the Conway Area Chamber of Commerce, and Whitney, who is the marketing coordinator for Pediatric Plus in Arkansas, have been married for eight years. They have two children: Charlotte, who is now 5, and 3-year-old Naomi.

“I don’t think Charlotte fully gets it because I can put YouTube or anything on the TV, so I don’t think she grasps that everyone in the country saw her,” Leo said.

“Our girls knew what we were doing, but we didn’t want to make a big deal about it, so we kind of downplayed it,” Whitney said. “So when [the show] aired, Charlotte ran up to me, and said ‘We won!’ It actually just registered with her that we had won, and she was so excited.

“She was about as excited as we were when we found out.”

The money arrived at the Cummingses’ home on Nov. 16.

“What a weird way to announce it,” she said. “I called Leo, and he said, ‘I’m coming home. Don’t open it.’ But by that time, I already had. It was a fun experience to sit at the table and discuss what we should do with the money because it had been a long time coming.”

Leo said some of the money will be saved, some of it will be used to buy “a little something,” and some of it will be put away for their daughters. He said $10,000 goes really quickly when you start allocating it toward different things. He said one of the best things about winning, other than the money, was being able to share good news in what has been a challenging year for most people.

“It was good news that wasn’t just for us, but something we could share with the community and the state,” he said. “This is a really fun, once-in-a-lifetime thing, for us and the community.

“‘AFV’ is now on Disney+, and this will be a moment frozen in time. It is an intimate, private moment with my daughter that will now live forever. We can play it at her wedding and embarrass her. We can have it forever.”

The Cummings family’s video is now eligible for the show’s $100,000 grand prize, but Leo said he does not know when that will be. He said “AFV” is running a little bit behind schedule.

“Right now, we are kind of addicted to watching the show and seeing who our competition is,” Whitney said.