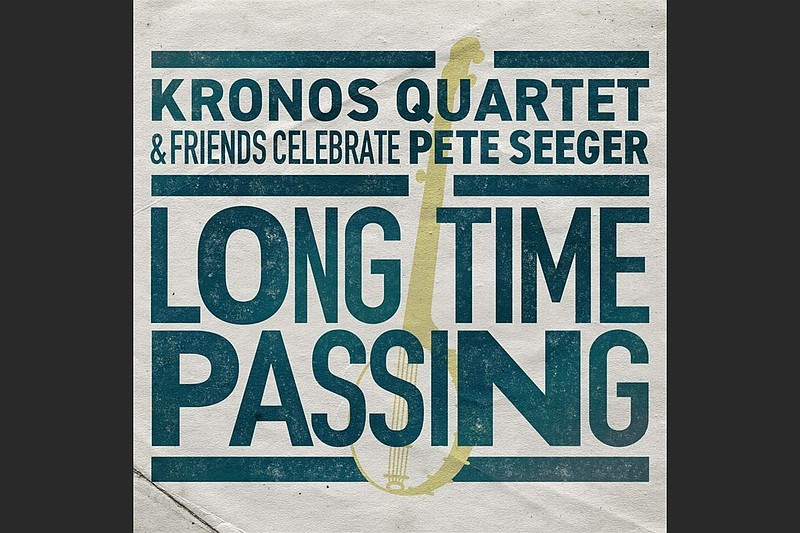 Some known, some not so known musicians have at least one thing in common: They have released albums this year that deserve to be heard.

One of music's most creative acts, the progressive Kronos Quartet is also one of its most adventurous.

"Long Time Passing" takes the music and life's work of legendary American folk artist Pete Seeger and succeeds in celebrating Seeger and creating a memorable album for our times that underscores how timeless and contemporary this music is.

Kronos and its well-chosen guests (Sam Amidon, Aoife O'Donovan, Meklit) breathe new life into these classic folk songs rather than present a radical recasting or a too-close reverence to the originals.

The album opens with the powerful "Whose Side Are You On," a rousing rallying cry for labor unions. It steps away from Seeger for a song the late singer would have likely have approved of: Zoe Mulford's exquisite "The President Sang Amazing Grace," about the 2015 attack that killed nine congregants at Emmanuel AME Church in Charleston, S.C., and President Barack Obama's response. Meklit's vocal is astounding. The haunting version of the Hindu devotional "Raghupati Raghav Raja Ram" — in this context — works.

All the tunes — especially social protests such as "Waist Deep in the Big Muddy," "If I Had a Hammer," "We Shall Overcome" and "Where Have All the Flowers Gone" feel very relevant. The anti-pollution song "Garbage" benefits from the quartet's dissonant passages.

Kronos' sweeping "Turn, Turn, Turn" is thrilling; the strings elevate the 1950s Seeger creation, which features lyrics from the biblical Book of Ecclesiastes (also popularized by The Byrds in 1965).

The album is relevant and searing, just as Seeger was ... and remains. 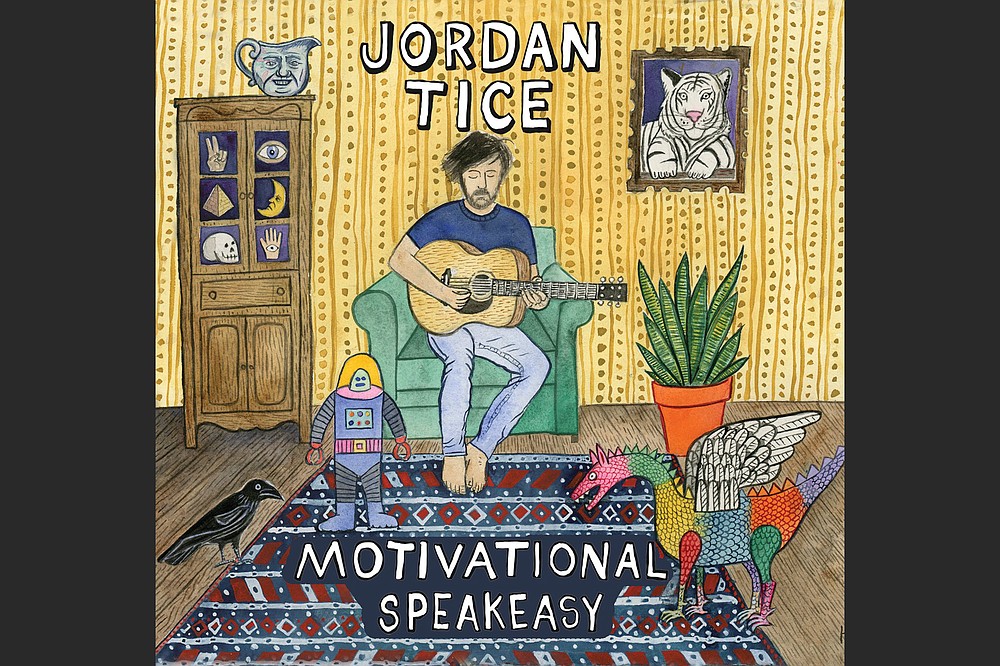 Nashville resident Jordan Tice will warm the hearts of those who love John Prine and feel affection for Jerry Jeff Walker, David Bromberg, Arlo Guthrie and Willis Alan Ramsey. Tice's new album amply displays his astute blend of sharp musicality, wit and intelligent songwriting. There's a relaxed intimacy in his singing and playing that is inviting and, sometimes, comforting.

The bluesy "Tell Me Mama" and the striking "Creation's Done" are among the high points. Tice's guitar skills are impressive, ranging through folk, jazz and hints of styles from the British Isles. The gentle instrumental "Stratford Waltz" is especially lovely. Really, though, there's not a wasted note or song here.

Tice, a member of the bluegrass band Hawktail, has also worked with Dave Rawlings and comedian/banjoist Steve Martin. 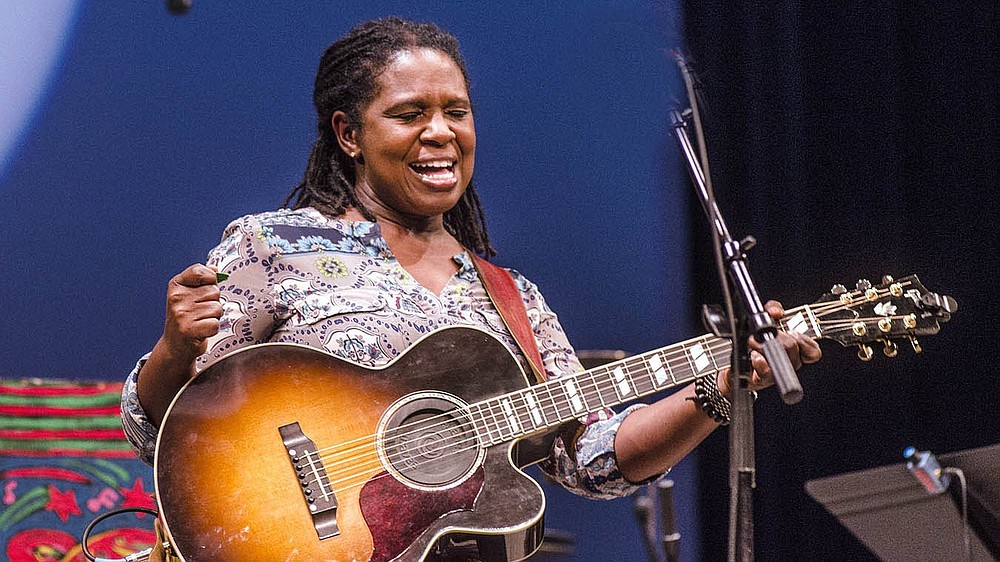 The band also delivers some unexpected, cool moments, starting with the opener "Brand New Day." It moves from a shout to gospel blues to New Orleans with stunning musicality. Her original (co-written with William Bell) "Might Not Be Right" is a soulful testament to her powerful gifts as a singer. "Death Came A-Knockin' (Travelin' Shoes)" is based on an old Gullah Geechee spiritual.

But wait until you hear her version of Johnny Cash's hit "Ring of Fire." The country classic becomes a soulful ballad: It's magical.

Foster shines as she taps the American big band classics, soaring on the joyful "Fly Me to the Moon" and the jazzy "Mack the Knife," with her cool scat singing.

During this time of staying close to home, Foster and her musicians remind us that there can great joy in live performance. It's a joy we all hope to share again. 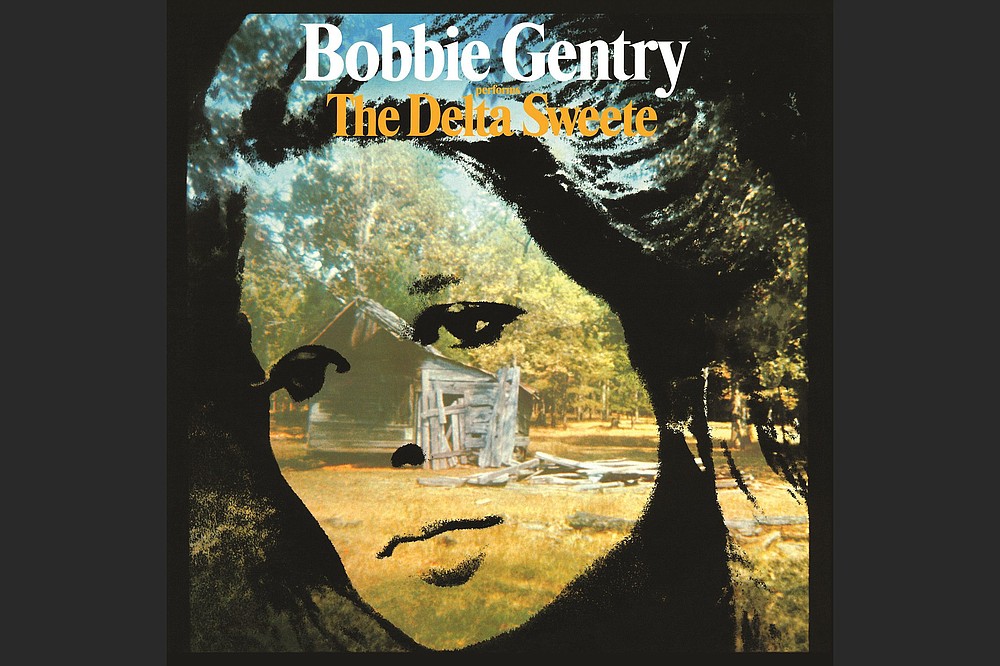 There are few moments in American songwriting/storytelling that can rival the still-astounding Bobbie Gentry classic "Ode to Billie Joe." The song and its album were huge hits in 1967, winning three Grammy Awards for Gentry, including best new artist.

The next year, Gentry released an exceptional album. "The Delta Sweete" was a conceptual, innovative work that embraced a diverse musical soundscape ... Southern swampy blues, folk, soul, Nashville country and a striking fusion of chamber music and pop. Mixing originals with superb covers, Gentry painted a portrait of the singer-songwriter's life in Chickasaw County, Miss.

Throughout, Gentry's voice was upfront and mesmerizing.

The portrait she creates seems almost Gothic at times, with incisively created characters that live beyond the lyrics of these songs. In "Reunion," the family gathers again (as they did in "Ode to Billie Joe") amid the almost chaotic nature of kids and adults acting out; their overlapping voices competing for attention that makes this short story-like song so authentic. The spell is so real one could easily miss a memorable line and reference: "I heard this mornin' they dropped the Tallahatchie River/ And found poor Billie gone."

"Courtyard" warns us to be careful about wishes ... and not be blind about what our choices and their ramifications might mean in the future.

Her choices for covers include blues great Mose Allison's chain-gang tale "Parchman Farm" and Doug Kershaw's irresistible "Louisiana Man." One song is especially apt: John D. Loudermilk's "Tobacco Road" is about being from a hell-on-earth you can't wait to leave ... then you find yourself reflecting on it years later. Those songs fit the mood and concept perfectly and Gentry commands our attention as surely and confidently as she does on her own material.

While the album didn't sell well, it gradually gained a cult following — an outsider reputation. In 2018, the indie rock band Mercury Rev created a tribute: "Bobbie Gentry's The Delta Sweete Revisited" with performances by Lucinda Williams and Beth Orton, among others. Now comes this long-overdue two-CD reissue, with its original monophonic mix and a new stereo mix of the album and 10 interesting bonus tracks.

"Ode to Billie Joe" made it clear Gentry was a formidable talent; in "The Delta Sweete" she created a masterpiece.