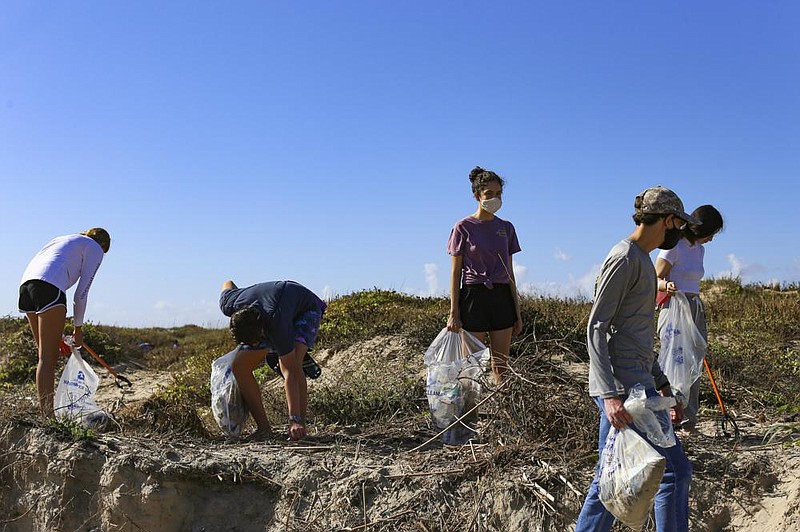 "My son Donald is doing very well. Thank you!" the president tweeted, following Friday's disclosure that the 42-year-old Trump scion had become one of more than 12 million Americans infected with the virus.

Donald Trump Jr. learned of his positive test result last week, has had no symptoms and was following all medically recommended guidelines for treating the illness, said a spokesperson, who was granted anonymity to discuss private medical information.

President Trump, first lady Melania Trump and their son Barron have all recovered from their coronavirus infections in October. The president spent three days in a military hospital, where he was treated with experimental drugs; the first lady weathered her illness at the White House.

Scores of people who work for or associate with the president have also recovered from recent infections, including White House Chief of Staff Mark Meadows, press secretary Kayleigh McEnany and former New Jersey Gov. Chris Christie.

VANDENBERG AIR FORCE BASE, Calif. -- A U.S.-European satellite designed to extend a decades-long measurement of global sea surface heights was launched into the Earth's orbit from California on Saturday.

A SpaceX Falcon 9 rocket carrying the satellite blasted off from Vandenberg Air Force Base at 9:17 a.m. and arced southward over the Pacific Ocean. The Falcon's first stage flew back to the launch site and landed for reuse.

The Sentinel-6 Michael Freilich satellite was released from the second stage about an hour later. It then deployed its solar panels and made first contact with controllers.

Named for a former NASA official who had a key role in developing space-based oceanography, the satellite's main instrument is an extremely accurate radar altimeter that will bounce energy off the sea surface as it sweeps over Earth's oceans. A twin satellite, Sentinel-6B, will be launched in 2025 to ensure continuity of the record.

Space-based sea level measurements have been uninterrupted since the 1992 launch of the U.S.-French satellite TOPEX-Poseidon, which was followed by a series of satellites, including the current Jason-3.

Europe and the United States are sharing the $1.1 billion cost of the mission, which includes the twin satellite.

Farmers advised deadline for aid near

BATON ROUGE -- Louisiana's agriculture commissioner is urging the state's farmers and ranchers to turn in their applications for federal coronavirus assistance ahead of next month's deadline, and he's worried some who are eligible may be missing out on available aid.

The U.S. Department of Agriculture announced in May that it was giving out up to $16 billion in direct payments to farmers who suffered losses during the coronavirus pandemic, such as market disruptions, price declines and increased marketing costs. Another $14 billion was added to the assistance program in September.

"Eligibility is different for each program and we think nurseries and specialty crop producers just aren't aware that they could be eligible for assistance," Craig McCain, state executive director of the Farm Service Agency, said in a statement.

MONTGOMERY, Ala. -- Alabama Attorney General Steve Marshall has filed a court challenge over Madison County's removal of a Confederate soldier statue at its courthouse.

The Republican official announced the lawsuit Friday, arguing that the statue's movement to a Huntsville cemetery violates a 2017 state law called the Alabama Memorial Preservation Act, which is aimed at protecting Confederate monuments.

"It looks like someone is finally enforcing the law," John Scales, a member of Heritage Protection of North Alabama, which wants the statue returned to the courthouse, told WBRC-TV.

David Odom, president of the Tennessee Valley Progressive Alliance, said the law should never have been passed.

The Alabama Memorial Preservation Act prohibits relocating, removing, altering or renaming public buildings, streets and memorials that have been standing for more than 40 years.