With vaccine near, question arises: Who will get it first? 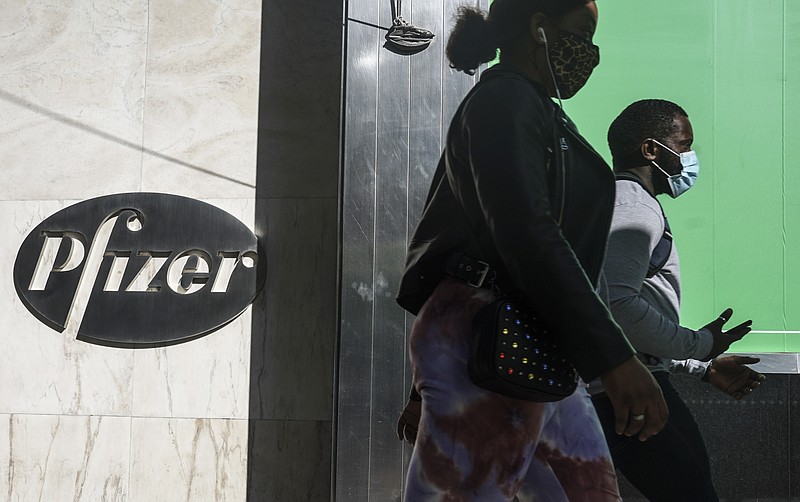 LONDON -- A coronavirus vaccine is coming soon. The question now for the world is who will be at the front of the line for injections.

In the initial months, by all accounts, vaccines will be rationed. Demand will outstrip supply. There will be millions of doses available, not billions.

Health ministries around the globe are beginning to create the lists that will prioritize vaccine allocations in their countries. It is harder than it might seem.

Nations need to wrestle with questions of fairness and expediency. They need to determine how to balance saving the lives of the most vulnerable against stopping the spread of the virus and the need to keep essential workers -- however they are defined -- on the job.

In France, scientific advisory bodies have flagged as high priority people whose ages and whose occupations make them vulnerable. But while doses are limited, officials may have to choose, for example, between the 26-year-old Paris taxidriver, who shares a confined space with his clients all day, and the 69-year-old investor who is working remotely from his villa in Provence, but whose age increases his chances of covid-19 complications.

How do nations weigh other risk groups? Obesity is a comorbidity for serious complications from covid-19. Do the overweight in the richest countries get to jump in line -- or just the seriously obese? What protections do Britain, or the United States, owe to racial and ethnic minorities who make up an outsized portion of people dying?

Allocation decisions may crystallize in the United States with a decision by the Centers for Disease Control and Prevention within days after vaccine approval. The National Academies of Sciences, Engineering, and Medicine called addressing racial inequities a "moral imperative."

Some countries also want to target groups with the greatest potential to spread the virus. Prisons have been hot spots for infection around the world. So have universities. Would lower-risk people be OK knowing they rank below those who have committed crimes or partying students who have been flouting public health restrictions?

As the lists begin to emerge, many nations agree that the first priority should be front-line medical workers, alongside first responders, such as ambulance attendants. But even within the category of heath-care workers, questions arise over which ones. Britain's National Health Service, for example, employs 1.4 million workers. Not all of them interact with patients.

Numerous task forces say the next in line should be the very old, who run the greatest risk of severe illness and death from covid-19.

Japan aims to distribute vaccines in line with medical risks, with the elderly at the front of the line, the Health Ministry announced this month.

In Europe, health officials appear likely to tilt toward early inoculation of residents and caregivers in nursing homes, where the virus has taken its greatest toll -- and where governments in Belgium, Britain, Spain and elsewhere have been embarrassed by their failure.

From there, the trade-offs become more fraught.

"The low-hanging fruit, as it were, is blindingly obvious, but then it gets tricky," said Paul Hunter, professor in medicine at the University of East Anglia. "You want to protect health-care workers and residents of care homes, clearly. Then the extremely vulnerable. That's easy. Then essential workers? That could be a very large group," Hunter said. "I am glad I don't have to make these decisions, but someone does."

Experts say the decisions should be transparent and based on criteria accepted by society, not just officials or politicians. Understanding why governments are favoring one group over another may be crucial in getting citizens to roll up their sleeves for shots -- or patiently wait their turn.

Germany's vaccine commission said that before the end of the year it will present a research-backed ranking with more details about who will be given early access. "With evidence-based reasons we will make transparent why priority rankings are assigned to particular groups," the German commission said. It added that the ranking would be adjusted with new scientific evidence or new vaccines.

In France, the public is being consulted on priorities. In Britain, they are not -- which has led to complaints of unfairness from unions.

In the House of Lords in the British Parliament recently, Dale Campbell-Savours, a Labor lord, pleaded that "absolute priority" be given to "the vulnerable, itinerant, homeless and occupants of night shelters."

"That is the least we can do for those in need," he said.

Colin Moynihan, a Conservative Party lord, had his own pitch, pressing that priority be given to the athletes and their entourages seeking to represent Britain in the 2021 Olympic Games in Tokyo.

For its part, Japan has promised to offer vaccines to the entire population by the middle of 2021 -- which would be in time for the Olympics -- and has preordered supplies from various potential vaccine manufacturers.

Philip Clarke, a health economist at the University of Oxford, said the urgency of the priority lists will depend on how long it takes for vaccines to become widely available.

For smaller and poorer countries that couldn't afford to put in preorders before vaccines were approved, the hierarchy will be even more critical.

Clarke said he has been surprised that there has not yet been a wider public debate in most societies -- as it could be a matter of life or death, for individuals and economies.

In Britain, after vaccinating medical workers and nursing home residents, the government is leaning toward distributing the vaccine by age group -- the over-80s, followed by over-75s, over-70s, over-65s -- before extending it to other at-risk groups.

Clarke said allocating by age was "verifiable and simple," and the public may trust such an approach, "but you might prevent more covid and save more lives with better lists."

He said that in Britain some occupations were clearly more risky than others. "The first wave of the pandemic showed security guards and delivery drivers had worse mortality rates than health-care workers."

Germany's vaccine commission said shots should be given to people whose work in society fills "especially relevant functions and that aren't easily replaceable." Although many people think they are irreplaceable, Germany suggests these workers are public health officers, police, firefighters and teachers.

In China, officials want to include port workers, who provide the vital service of loading and unloading the cargo ships that power their trade.

In Indonesia, the government is emphasizing protecting younger workers, to keep the economy going.

How about political leaders? Should members of the House and Senate -- or members of the German Bundestag, British Parliament and National People's Congress in China -- get priority access, outside of considerations for age and health?

In its early guidelines, the World Health Organization said yes, early access for government leaders makes sense, but it cautioned that the favored should include "a very small number of individuals."

Russia -- where President Vladimir Putin's daughter has been vaccinated -- may have already surpassed those limits.

Russia has administered thousands of doses of its Sputnik V vaccine. Health workers on covid-19 wards were among the first recipients. More than 45,000 of them have been given shots, said Alexander Gintsburg, director of the Gamaleya National Center of Epidemiology and Microbiology, which developed Russia's vaccine.

Bloomberg News reported in July that Russian politicians, officials and oligarchs were given access to the vaccine beginning in April, before it was registered.

Health officials deny that claim. But many senior Russian officials have been vaccinated by now, including Defense Minister Sergei Shoigu and Moscow Mayor Sergei Sobyanin. Sobyanin said it would have been difficult for him to campaign in favor of the vaccine if he did not get it.

In China, the calculation of who gets vaccinated first has been different from in the West, as the main risk is imported cases. China has largely quashed the domestic spread of the virus through exhaustive measures, such as testing every resident in a city when a new cluster emerges.

China has put citizens with overseas travel plans among the groups prioritized for emergency-use vaccines. Aside from preventing its citizens from bringing the virus back home, it also reduces the risk of Chinese nationals becoming carriers of the virus overseas, at a time when anti-Chinese sentiment is high in many places because of the pandemic's origins in China.

China's vaccine allocation has also been affected by the fact that it began emergency use long before the experimental vaccines were proven safe and effective. They still haven't been -- at least not in any medical journal.

So the first groups to gain access in China were those who could be relied on to accept personal risk on behalf of their nation: soldiers, diplomats, workers in state-owned enterprises and employees of the vaccine makers themselves.

Sinovac Biotech's chief executive said in September that 90% of his company's employees and their families had taken their experimental vaccine.

Zheng Zhongwei, an official at China's National Health Commission, said last month that the general population had been classified into three tiers: those in high-risk work environments, vulnerable groups and the general public. Vulnerable groups include children in China.

"No matter which region they are in, if they meet these characteristics, they should be given priority for the vaccine," he said.

Another alternative might be to focus less on people's characteristics and more on regions. In some countries, governments could target hot spots first, or focus on dense urban populations versus those more isolated in the countryside.

Penny Ward, a visiting professor in pharmaceutical medicine at King's College London, said the allocation of vaccines in various countries may depend on what the vaccines turn out to do best.

Ward said Britain's focus on inoculating the elderly is based on the presumption that the vaccine will, predominantly, protect against illness rather than prevent infection. And so British officials are targeting people most likely to suffer serious illness, requiring hospital care, and death.

Yet another approach would be to go random. In the 2011 film "Contagion," the world is saved by a vaccine, made from an attenuated virus, which is distributed to the public by a lottery based on birthdays, not age.

It is not a far-fetched idea. Randomization, or a weighted lottery, has been used to distribute scarce, lifesaving drugs in the past -- most recently the allocation of remdesivir to treat severely ill covid-19 patients.

​​​​​Information for this article was contributed by Simon Denyer, Liu Yang, Joanna Slater, Gabriela Martinez and Terrence McCoy of The Washington Post.