I heard that: Active listening can lessen tension, especially in covid lockdown 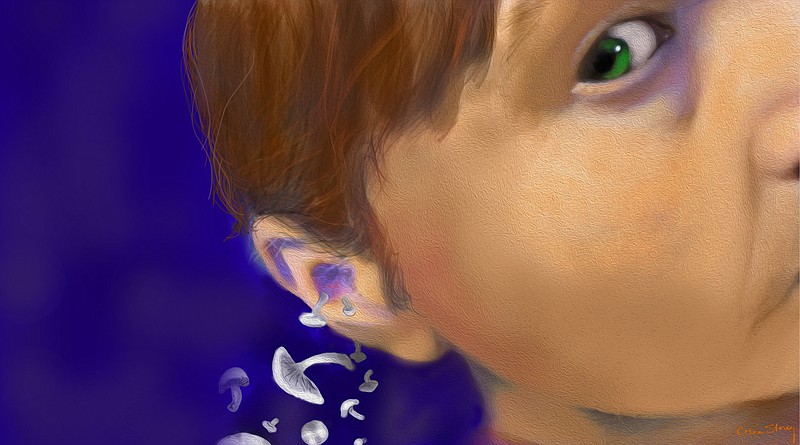 On a recent morning, my family was assembled in our customary positions at the kitchen table: My husband, Tom, and I hunched over our computers, while our daughter, wearing headphones, did math problems for remote learning.

Looking up to ask Tom a question, my view was blocked by a Jenga-like tower of clutter he had amassed.

I took a deep breath and explained, in my best impersonation of calm, that in this surreal new world in which children share our co-working space, it's important to keep that space relatively clutter-free.

When I was done, he didn't respond. But just as a vein in my forehead began to pound, he offered his own interpretation of what I had said.

"You'd like me to get rid of the garbage barge on the table," Tom said.

Rather than deny the existence of the barge, or start a fight about how, in the grand scheme of things, the barge was unimportant, as he used to do, Tom was paraphrasing — repeating back your partner's perspective in your own words. (Or, in the opening phrase suggested by New York psychologist Melissa Robinson-Brown, "What I'm hearing you say is ...") It's the simplest of techniques, but in my experience with relationships, the most likely to quickly dial down tension, create at least a bit of goodwill and clear the way for a compromise.

Paraphrasing is one of the components of active listening, a multistep technique based on simple therapeutic practices and often credited to psychologist Carl Rogers, who coined the term in the 1950s. It requires the listener to absorb, truly understand and respond with empathy to what's being said.

During a conflict, people just want to be heard, Robinson-Brown said. "And being heard means that the other person values your feelings and thoughts, even if there is disagreement," she said. "So simply listening to someone and then blowing past their statement, or not even acknowledging what they've said, can create feelings of invalidation, anger and sadness."

Good listening means much more than keeping your mouth zipped. It's a skill that is especially valuable during quarantine, which has strained even the hardiest of relationships. Data collected by Legal Templates, a company that provides legal documents, found that sales of its divorce agreement were 34% higher from March to June than in the same period in 2019.

"Oh, my consults have doubled," said James Sexton, a divorce lawyer in Manhattan and Rockland County, New York, and author of "If You're In My Office, It's Already Too Late." Sexton said he has seen from the trenches what he considers the root cause of divorce.

"Communication is everything," he said.

Good communication is crucial not only in personal relationships but professional ones. Active listening is used not only by psychotherapists but in professions where a misheard phrase might have dire consequences, from air traffic controllers to doctors.

"We're taught from the first days in medical school that the patient will tell you the diagnosis. All you have to do is listen," said Dr. Rana Awdish, a pulmonary and critical care physician at Henry Ford Hospital in Detroit. "Medicine is that sort of ultimate physiological knowing, so I try to practice active listening for not just what is said, but what's being said."

With some variation among scholars, there are at least three components of active listening: expressing verbal and nonverbal interest in what the person is saying, paraphrasing, and asking the person to elaborate.

Lockdown may be the perfect time to sharpen your listening skills, which is arguably more important for your relationship than mastering that sourdough loaf or learning to draw your pet's portrait. For most of us, active listening is not an innate ability, but Tom and I are trying to get better at it.

Begin by allowing your partner the floor without interruption. And while you're listening, put judgment aside, said Christopher Gearhart, associate professor of communication studies at Texas A&M's Tarleton State University, in Stephenville. "We find ourselves thinking, 'Why are they upset about this issue; it's small potatoes,' or something along those lines," he said. "The goal of active listening is to attend to those feelings regardless of our perceptions or evaluations of them."

No crafting a rebuttal while your partner is talking, either. "When the focus is shifted from what they're saying to how you're going to respond, then the listening has ended," Gearhart said. "Most of the time people just want to vent or have their feelings validated, and have someone there to say, 'I would feel the same way. I understand where you're coming from.' "

While your partner is talking, use "backchannel cues" to convey that you're listening: small encouragements such as "I see," "yes" or "OK."

Another way to show interest is mirroring -- merely repeating the last words the person said ("... and you're sick and tired of it").

When your partner is done saying their piece, paraphrase what they said (as Tom did with the barge). An alternate way to reflect back is "emotion labeling," in which you describe how your partner could be feeling, said Gary Noesner, former chief crisis negotiator for the FBI, who co-authored a seven-step active listening method for life-or-death situations such as kidnappings and hostage standoffs. Begin with an exploratory phrase like, "You seem as though" or "I'm sensing that ..."

Noesner compares emotion labeling to an M&M. "In every conversation you have with somebody, that chocolate center is the story," he said. "What are they trying to tell you?"

Resist the urge to fill any silence. A few judiciously placed pauses, Noesner says, can help pacify an "emotionally overwrought subject." "When they fail to elicit a response, they often calm down to verify that negotiators are still listening," Noesner said. "Eventually, they'll find it difficult to sustain a one-sided argument."

Noesner recommends using open-ended questions like "Can you tell me more about that?" or "I didn't understand what you just said. Could you help me understand by explaining that further?" rather than ones that start with "Why?" which he said may come across as judgmental.

And when it's time for you to speak, said Robinson-Brown, "it will make it much easier for your partner to be an active listener if you use 'I' statements instead of 'you' statements." The minute we start accusing people, she said, they go into defense mode. "I" statements, she added, keeps the focus on your own behavior and clarifies your own swirling feelings if you're agitated.

Of course, not every conversation requires you to listen with the intensity of an audiophile evaluating loudspeakers. Nor must you do it perfectly. As University of Central Florida communications professor Harry Weger wrote in a 2014 study on active listening, those clumsy but well-meaning attempts "might elicit positive feelings toward the partner no matter how well the partner performs it."

Just don't overdo it, he cautioned. "If it's six or seven times in a row reflecting back, in a normal situation, that's too much," Weger said.

Even Gearhart, the communications professor, doesn't always get it right. "My students often comment that I probably have no communication issues in my marriage," Gearhart said. "Yeah, right."

Nor does Tom. Sometimes when he paraphrases what he thinks is bothering me, it's so off-base or reveals his strategies so blatantly, that I laugh. ("You're upset that I pretended not to notice that the cat barfed. Right?" "You're mad that I feigned sleeping so you'd get up and make the coffee. No?")

While it might not be sanctioned by the FBI, laughter breaks the tension, too. 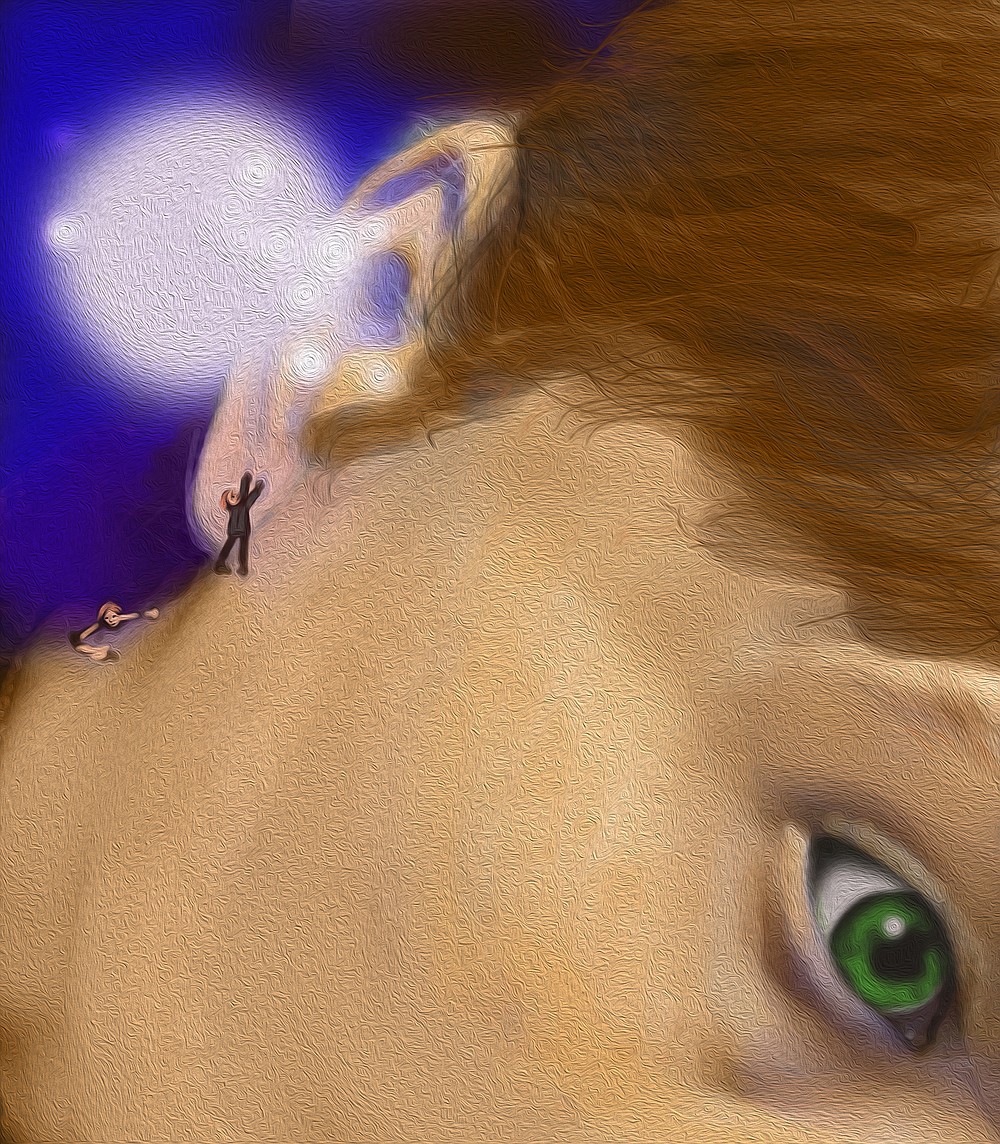