REVIEW: “Sackboy’ is a delightful game, but it’s missing something 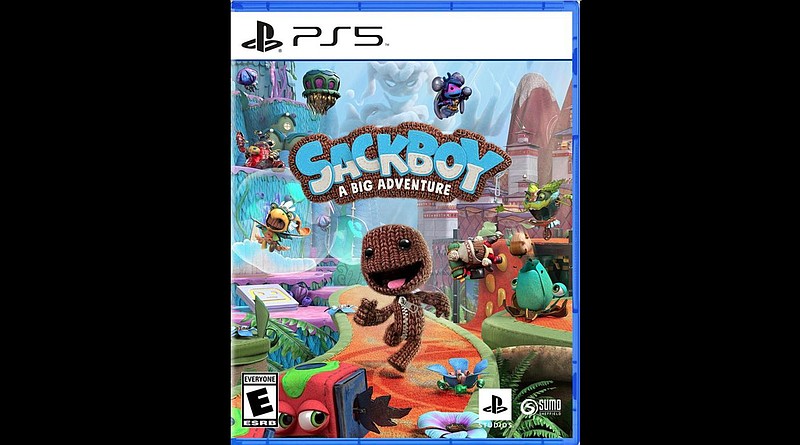 "Sackboy: A Big Adventure" is a lustrous romp of carnival fantasy, but it feels like they left something out. The new "Sackboy" has no game creation mode for fans, it is not a new version of "LittleBigPlanet," which is disappointing because this is such a touted, anticipated PlayStation 5 launch title.

When "LittleBigPlanet" was released in 2008, it changed the nature of play on PlayStation. Released just before "Minecraft," the game allowed players to construct their own 2D levels in a world they created by using the PlayStation controller. Media Molecule's landmark series also introduced Sackboy, a lovable character made of humble brown burlap with black button eyes. When I mentor students in the Bronx, we use Sackboy and his "LittleBigPlanet" gang for social justice-inspired level-making contests about bullying, bigotry and the travails of homophobia. There's no such ability for fans in the new game, a sad thing indeed.

Over the years, Sackboy moved from a Media Molecule creation to a Sumo Digital production. Sumo has kept a good portion of the innovation alive in "Sackboy: A Big Adventure," which is a fairy tale melange of graphical delights, a platformer that shows the eager, eponymous toy creature immersed within a colorful variety of "Perils of Pauline"-style dangers.

No longer limited to 2.5D, the 3D environment allows Sackboy to move more fully around his animated world. You get to know Sackboy a little better, how he moves and enunciates. Yes, he utters sounds for the first time.

To make the game longer sans a game-creation element, Sumo focused more on gameplay and less on the story. That's not enough. In a world focused on fantasy exploits, you want to focus more on story than you ever have. On a macro level, that's the PlayStation way. Sony Interactive Entertainment is the home of great narrative.

But after you meet Vex, your jester-outfitted nemesis, in the introductory movie you don't get any semblance of story for some time. Once you know the villain wants to change surreal Craftworld to a dying planet via his wicked Topsy Turvy machine, your interest is piqued and you crave more right away. And it's not there.

Early on, you indulge in many themed levels, trying to get a gold cup for collecting points and, for the completionist, searching for all the orbs in the hidden nooks and crannies. Orbs ultimately open up different environs to explore, like blizzard-swept mountains, ornate castles and outer space.

As there are more and more orbs and items of clothing to find, consider and wear, the story becomes more secondary. That shouldn't be the case. Sackboy here has more of a personality. You hear him give an endearing, grunting squeal if he can't jump up to reach an area. You hear him cheer, a la Mario, when he completes a level. So you want to know more story as you go. You would settle for a smidgen of Sackboy's back story as a collectible, just 20 words, not yet another wearable — however outrageously cool it looks.

It's not that the game isn't an eye-popping wonder. The backgrounds have been creatively rendered, almost as if each set piece had a narrative of its own to tell. In Sackboy, checking out an enemy's 3D nature is a joy. The artwork is deep, and its creepy Punch and Judy-inspired backdrops are like 2D cutouts that exude personality, occasionally giving you a mild fright. Under the sea, groups of crab-like things have one eye and a mustache. They let out one unison, militaristic dog bark as they move in lockstep. There's a psychedelic nature to the whole proposition, as if it were a Flaming Lips concept album come to life.

Music is extraordinarily important here. It always has been the case in "LittleBigPlanet" games, especially in the third edition, like the tense foreboding within Winifred Phillips' "Stitchem Manor." But now, licensed tunes like David Bowie's "Let's Dance" are there for your aural enjoyment. There's no doubt: You must put on your headphones to enjoy the full experience as you play.

Bowie in particular was an early adopter of interactivity. (In fact, Rockstar Games founder Sam Houser worked on a Bowie multimedia production in the early 90s — before his "Grand Theft Auto" days.) The late glam-rock legend would approve of what's here.

So "Sackboy: A Big Adventure" does some things astonishingly right, some things in a way that's effetely mediocre and some things that are perplexing. In fact, the promised multiplayer portion of the game isn't yet ready, delayed until some future date. (Couch co-op offline is available right now.) You can't play as Sackgirl or any of the character's pals you've met in the past. Sometimes, like a ghost, Sackboy's hand moves halfway through a solid wall. (It's not supposed to.)

Yet it's definitely worth moving through a level a second time to see some of the animations you may have missed- the carnival-style beings on a wall who stick out their tongues to mock you, for instance. The way an enemy moves is Disney-like in its choreography, so you know countless hours of work went into each of them.

You have to think, too, for example discovering you need to pull the tail of a fireball spewing dragon/turtle to vanquish that being. Figuring out puzzles and jumping rhythms are sometimes not as intuitive as in past games, and I can't help thinking that some of these conundrums were added to increase your time with an offering that doesn't have the game-creation portion.

Sumo Digital needed "Sackboy: A Big Adventure" to be a huge adventure that is brilliant in every way possible. It's not the standout PlayStation 5 launch title full of new ideas that I had hoped it would be. Yet, it's almost enough — almost. While this effort needed to be something more than it is, it is indeed the gameplay-oriented Candyland of puzzles and pleasures you've come to expect for Sackboy. You need more back story, more information, more new play, more innovation, more nuance. Yes, there's Vex and his baddie cohorts, and the well-worn save-the-world trope. Yes, there's the excitement and roller coaster ride that you've had before.

But that's the thing. You have had it before.

Goldberg is the founder of the New York Videogame Critics Circle and New York Game Awards.