Thanksgiving to be convicted spy's 1st in U.S. since release 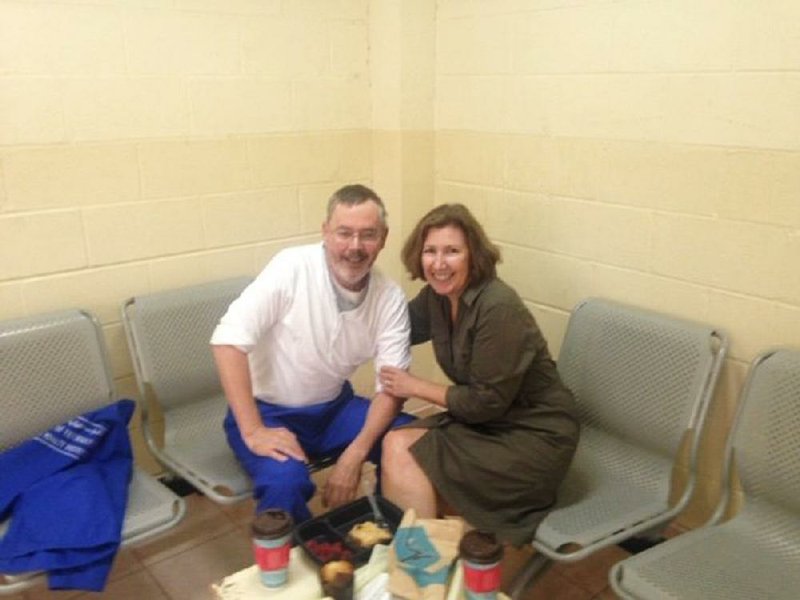 A Eureka Springs native convicted of espionage will be able to celebrate his first Thanksgiving in the United States after serving more than 14 years in a Persian Gulf prison.

The act of clemency followed an appeal by the Working Group on Arbitrary Detention, which was established by the United Nations' Commission on Human Rights (now the Human Rights Council) in 1991.

After reviewing the case, the working group ruled Nov. 18, 2019, that the former Qatar Petroleum employee had been denied proper legal assistance, a "fair and public hearing" and "full access to evidence" and had been improperly pressured to confess.

"The deprivation of liberty of John Wesley Downs, being in contravention ... of the Universal Declaration of Human Rights, is arbitrary," the group's 12-page opinion stated.

Considering all the circumstances, particularly Downs' lengthy time behind bars, the working group recommended that Qatar "release Mr. Downs immediately and accord him an enforceable right to compensation and other reparations, in accordance with international law."

While Downs' incarceration generated substantial press interest, including a September 2018 feature in The New York Times, his liberation generated no headlines. (The article was published in the Arkansas Democrat-Gazette that same month.)

Through a representative, Downs declined to comment for this story.

U.S. Sen. John Boozman, who had asked the White House for help with Downs' case, is "certainly pleased," said Patrick Creamer, a spokesman for the Rogers Republican.

"We're happy that he's home and that he's reunited with his family," Creamer added.

Prosecutors had initially sought the death penalty for Downs after he offered, in 2005, to sell Iran top secret information about the emirate's massive natural gas reserves.

Qatari security forces intercepted Downs' proposal the day he mailed it to the Iranian embassy.

Pretending to be Iranians, they sent a message to the email address he had provided and arranged to leave $1,000 at a drop location.

When he showed up to retrieve the money, Qatari officials arrested him.

Downs later said it had never been his intent to actually turn over any of the state-owned company's sensitive data. Instead, he planned to give Iran worthless information in exchange for no more than $20,000, he said.

Instead of facing a firing squad, the University of Arkansas-educated geologist received a life sentence.

After Downs' betrayal of an ally and his outreach to a sworn enemy of the United States, the American government didn't clamor for his immediate release.

"It seemed like the evidence was correct, and the United States government at no point has ever contested or challenged it as unfair," former U.S. Ambassador to Qatar Chase Untermeyer said in a fall 2018 interview.

Hoping to bring him home, Downs' family lobbied on Capitol Hill, picketed outside the Qatari embassy and publicized his situation in the media.

A now-inactive website, launched by relatives, argued that the charges against Downs been overblown and that the sentence was excessive.

An October 2018 clemency brief, prepared by a firm representing the family, described Downs' crime as a "foolish mistake" and cited "significant financial pressure" and "personal stress" as contributing factors.

While Qatar Petroleum was paying Downs $90,000 per year, it wasn't enough to support the family's lifestyle, the brief said. And with a son enrolled at Duke University and a daughter headed to boarding school, there were hefty educational bills, it stated.

To remedy the situation, he accepted a job at nearly double the pay with Saudi Aramco, the brief stated. Told that Downs was quitting, Qatar Petroleum decided not to provide him with severance pay, an "unexpected blow to his already dismal financial situation," the brief stated.

Downs was arrested less than a week before he was due to depart the country.

During his incarceration, he served as the prison librarian, while also studying Spanish and Mandarin Chinese, he told the Times in 2018.

He longed for the day when he would be reunited with his family, he said.