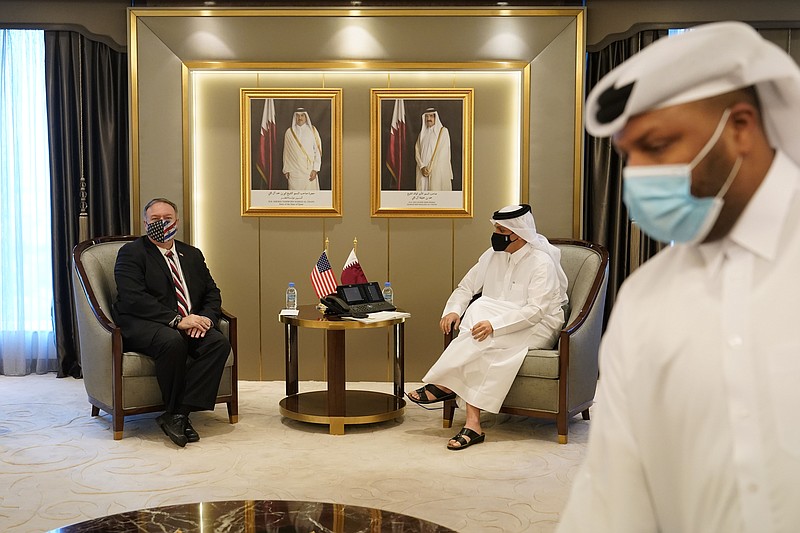 DUBAI, United Arab Emirates -- U.S. Secretary of State Mike Pompeo on Sunday defended his tour of Gulf Arab states and the Trump administration's continued efforts to squeeze Iran, even as a new U.S. administration led by Joe Biden prepares to enter the White House in January.

Although Pompeo has not taken questions from U.S.-based reporters traveling with him over the past 10 days, he sat down with the Saudi-owned broadcaster Al-Arabiya in Dubai for brief televised remarks Sunday.

"Our policies don't change. Our duty doesn't change. My responsibilities don't change," he said. "I still have an obligation -- every hour, every minute -- to defend the American people and to keep them foremost in our efforts, and we'll do that. We'll do that to the very last minute."

[Video not showing up above? Click here to watch » https://www.youtube.com/watch?v=n6Q7RujYHPc]

In what was likely his final tour of the Persian Gulf as secretary of state, he touted the Trump administration's Mideast strategy that focused on Iran as "the central threat inside the region" and noted the maximum pressure campaign that hampered Iran's ability to support militias in Iraq, Lebanon and Syria.

"It'll be our policy until our time is complete," he said, stopping short of saying when he'd cease work as the top U.S. diplomat.

President Donald Trump has not conceded to Biden, and the Trump campaign has made efforts to block the certification of votes in several states.

The Trump administration is attempting to ramp up pressure on Iran before Biden takes office as president. Biden has said he wants to return to rapprochement with Iran. Analysts say Biden is expected to be more willing to engage the Iranians to avoid major escalation, though he's likely to press Tehran on its missile program and not just its nuclear program.

Trump is viewed favorably by Gulf nations Saudi Arabia and the United Arab Emirates for pulling the U.S. out of a nuclear accord with Iran and reimposing sweeping sanctions that have drained Iran of vital oil revenue.

Pompeo was scheduled to travel to Saudi Arabia late Sunday to meet Crown Prince Mohammed bin Salman before heading back to Washington. His tour also included stops in France, Turkey and Israel.

Trump was recently talked out of moving ahead with a military strike on Iran's main nuclear site by advisers who included Pompeo, according to a New York Times report. When asked about this, a State Department official traveling with Pompeo told reporters that "all options are on the table" and that the Trump administration "will continue to pursue its policies until it's not in office anymore."

The State Department said they discussed the progress of the UAE's move to normalize ties with Israel. They also discussed "security cooperation and countering Iran's malign influence in the region as well as that of China," the U.S. statement said.

He had lunch with the ruler, Emir Tamim bin Hamad al-Thani, and met with Qatar's foreign minister. 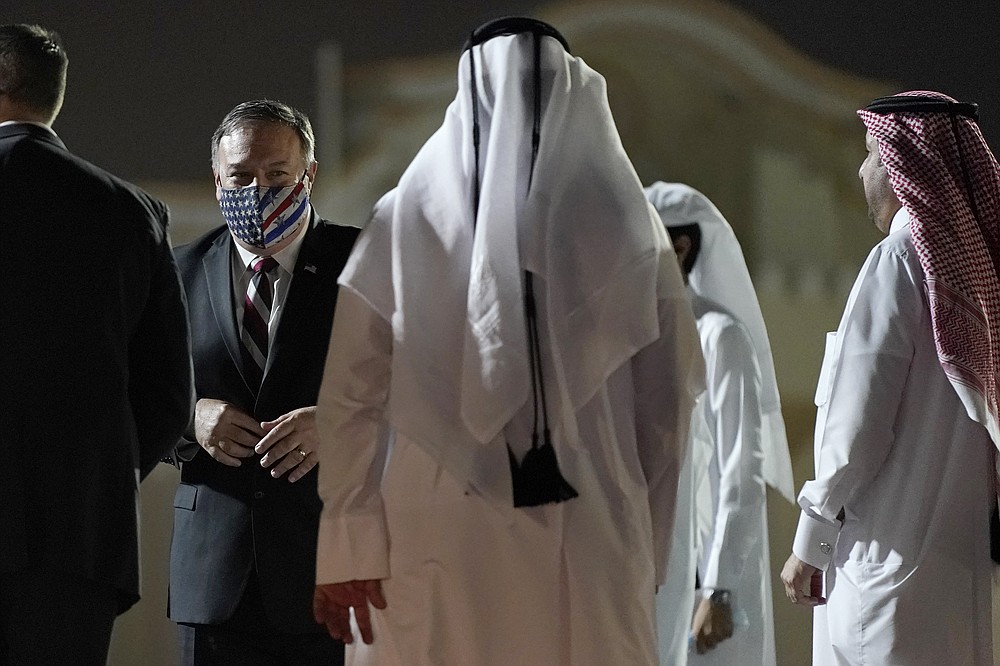 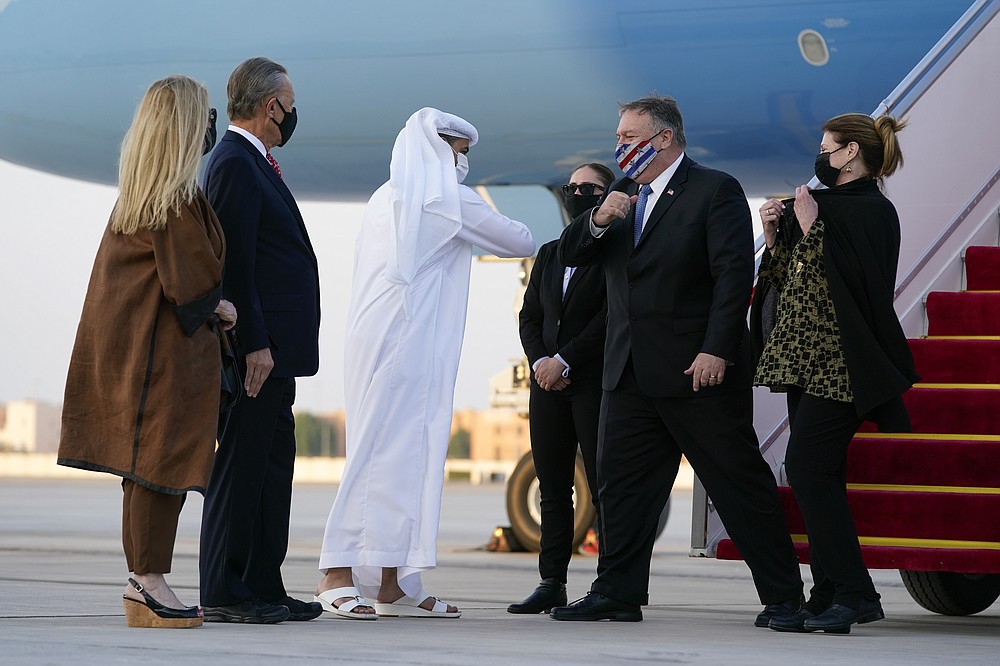 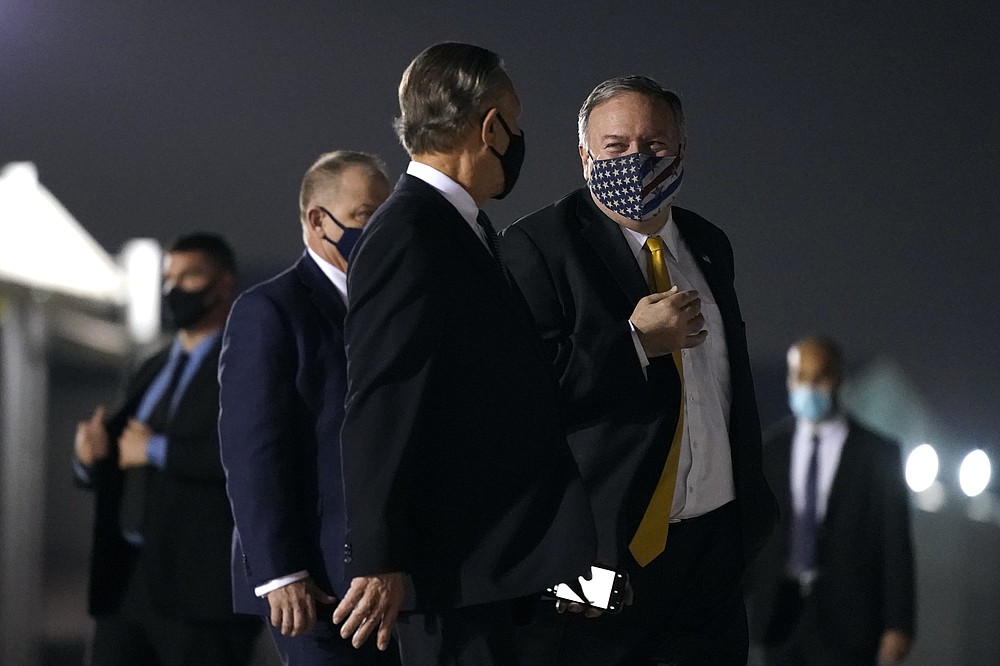 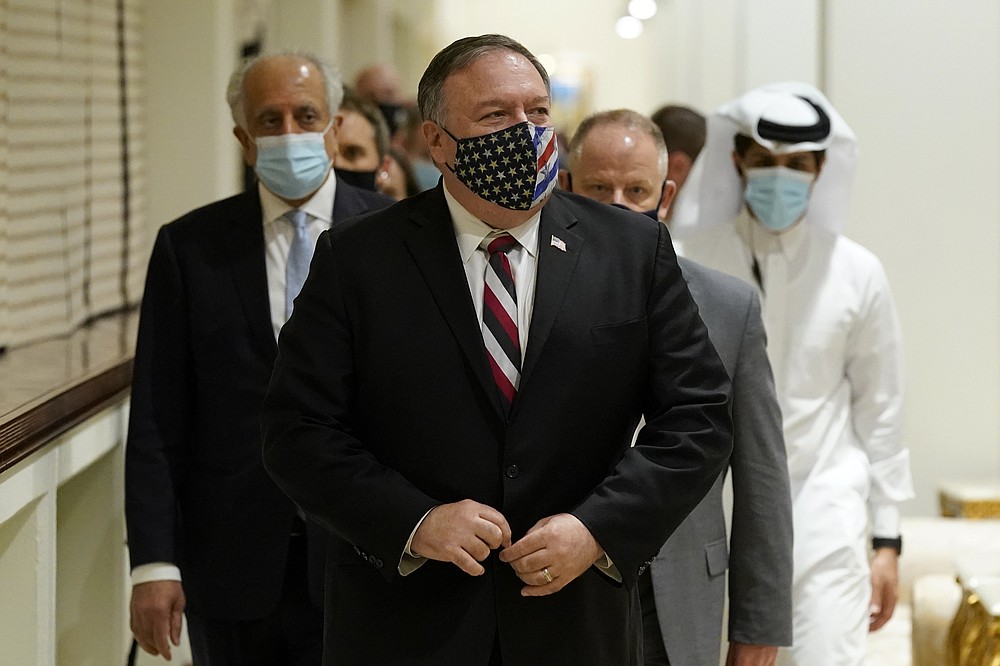 Secretary of State Mike Pompeo walks into a meeting with the Taliban's peace negotiation team amid talks between the Taliban and the Afghan government, Saturday, Nov. 21, 2020, in Doha, Qatar. (AP Photo/Patrick Semansky, Pool) 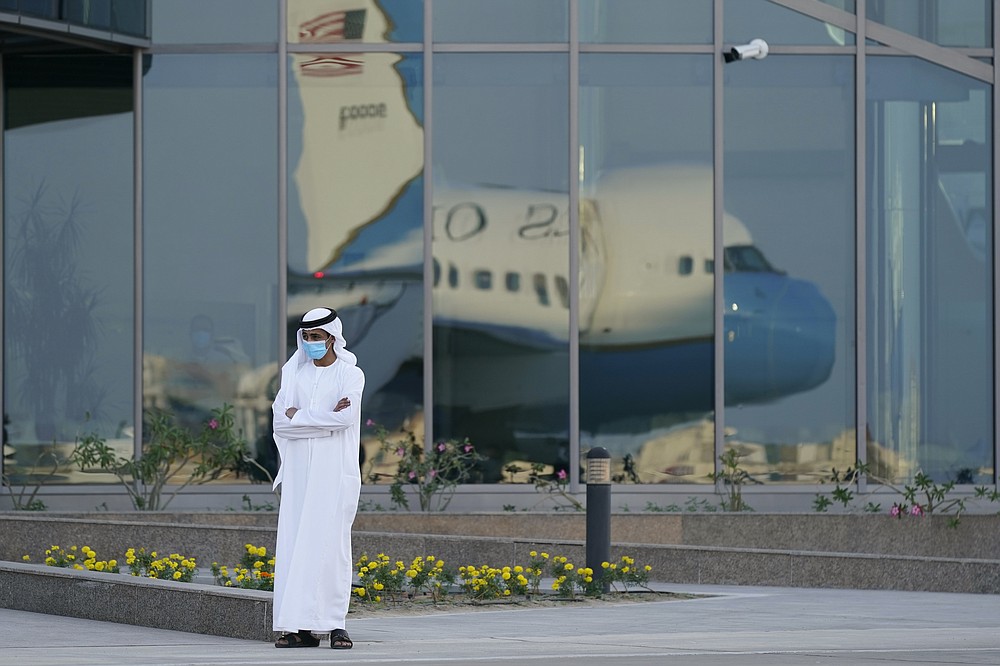 A man stands on a tarmac as Secretary of State Mike Pompeo's plane is reflected in windows at Al Bateen Executive Airport in Abu Dhabi, United Arab Emirates, Friday, Nov. 20, 2020. Pompeo is visiting the United Arab Emirates as part of a seven-nation trip to Europe and the Middle East. (AP Photo/Patrick Semansky, Pool) 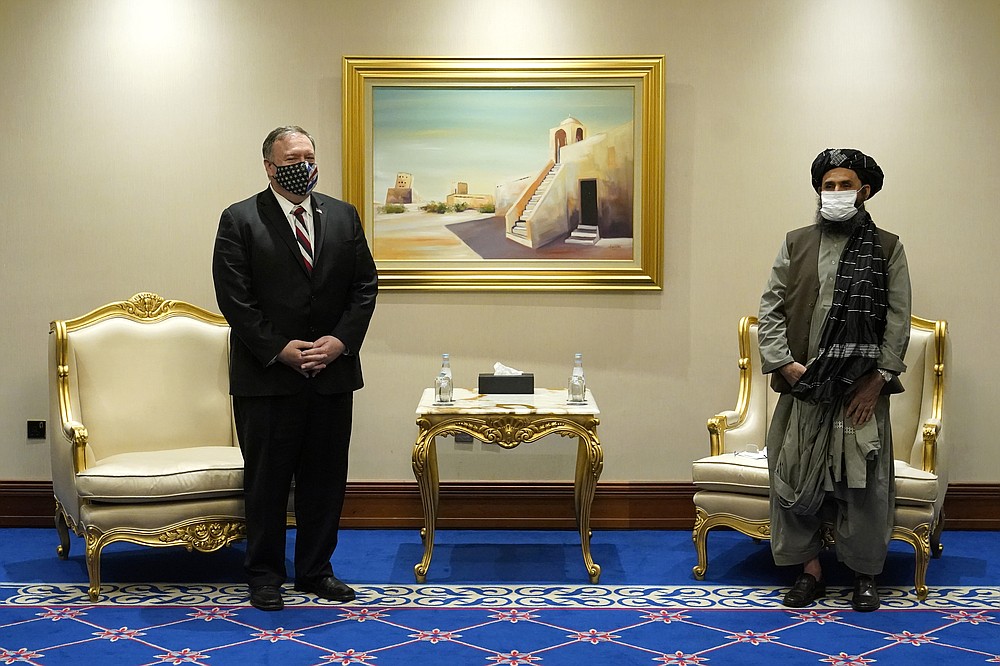