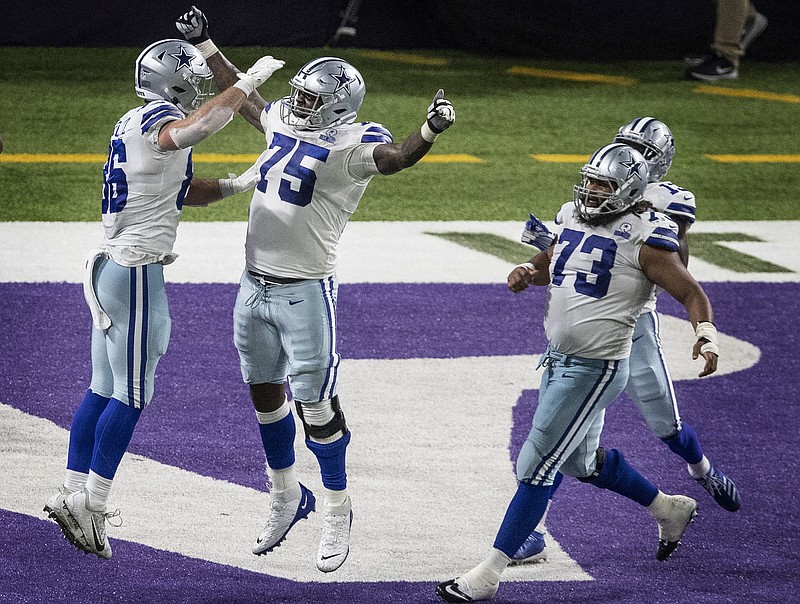 DALLAS -- Andy Dalton's first win as Dallas quarterback puts the Cowboys in a suddenly high-stakes Thanksgiving game in a season that looked lost without Dak Prescott.

Dallas has the woeful NFC East to thank for the chance after the Cowboys beat Minnesota 31-28 to end a four-game losing streak.

The Cowboys and Washington are 3-7 going into Thursday, part of a three-way tie with the New York Giants for second, or last, in a division in which all four teams have three victories after Week 11. Philadelphia leads at 3-6-1.

"This will be our first opportunity really to stack the steps," said Coach Mike McCarthy, whose first season with the Cowboys has been marked by one challenge after another, the biggest losing Prescott to a season-ending injury in Week 5. "It took us a little longer to get here today. I clearly think the journey will make us stronger. We need to do something with this win. It needs to mean something."

The four consecutive losses were all four games since Prescott's gruesome injury. Dalton missed the last two of them, first with a concussion, then because of a positive test for covid-19.

A nine-year starter who won 70 games in Cincinnati before deciding to join the Cowboys as Prescott's backup, Dalton led a fourth-quarter comeback to beat the Giants immediately after Prescott's injury.

Against the Vikings, he took Dallas 61 yards to the go-ahead touchdown with less than two minutes remaining. And a much-maligned defense made the stop that turned Dalton Schultz's 2-yard catch into the winning score.

"We've been putting in the work and showing signs that we've become a better football team," linebacker Sean Lee said. "To rally the way we did coming down the stretch was incredible."

Ezekiel Elliott had his first 100-yard game of the season (103) and scored on a 6-yard screen pass, and the Cowboys had a season-high 180 yards rushing. Backup Tony Pollard's 42-yard run was the first of two go-ahead touchdowns in the fourth quarter.

The Dallas cornerbacks had some rough moments and might have lost Anthony Brown to a rib injury again. While Jourdan Lewis had a crucial breakup on Minnesota's final possession, the position is likely to get picked on if the Dallas run defense continues a steady improvement.

CeeDee Lamb's body-bending touchdown catch in the first half was the highlight of what had the feel of a breakout game for the rookie receiver. The numbers weren't huge (four catches for 34 yards), but Lamb absorbed a couple of huge hits, drawing a penalty on one. The first-round draft pick also averaged 16 yards on three punt returns.

Dallas responded with its best game on the ground this season, and Dalton was sacked just once, with the quarterback taking the blame because he said he held the ball too long.

Safety Donovan Wilson, who forced two fumbles against the Vikings, didn't start until Week 5 at a position the Cowboys have had trouble solving. And Dallas stuck with nose tackle Dontari Poe all the way through a stretch of allowing at least 200 yards rushing in three out of four games before releasing him. 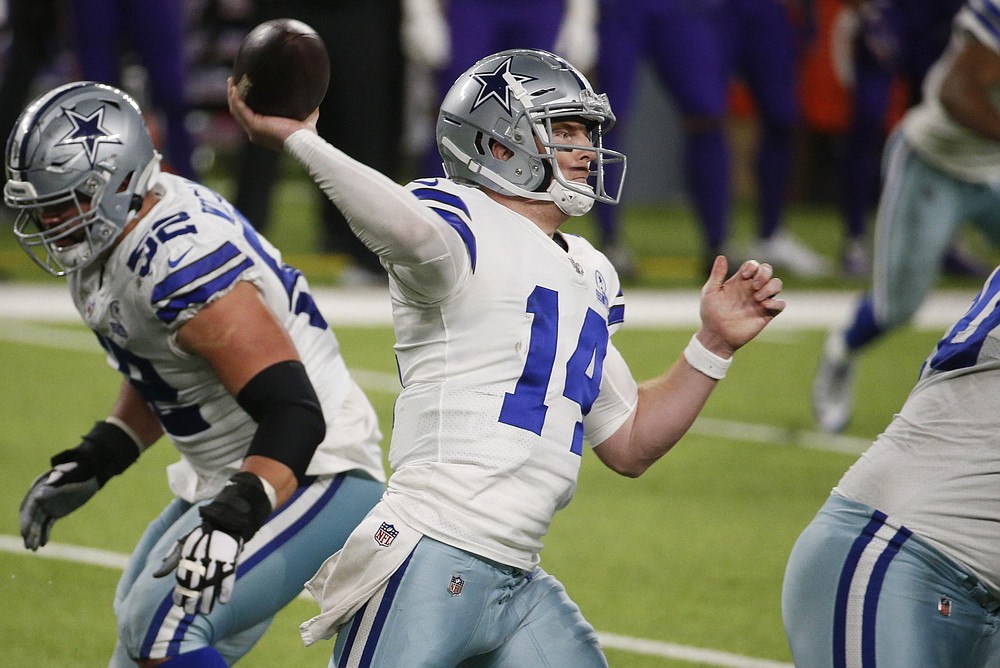 Dallas Cowboys quarterback Andy Dalton throws a pass during the second half of an NFL football game against the Minnesota Vikings, Sunday, Nov. 22, 2020, in Minneapolis. The Cowboys won 31-28. (AP Photo/Bruce Kluckhohn) 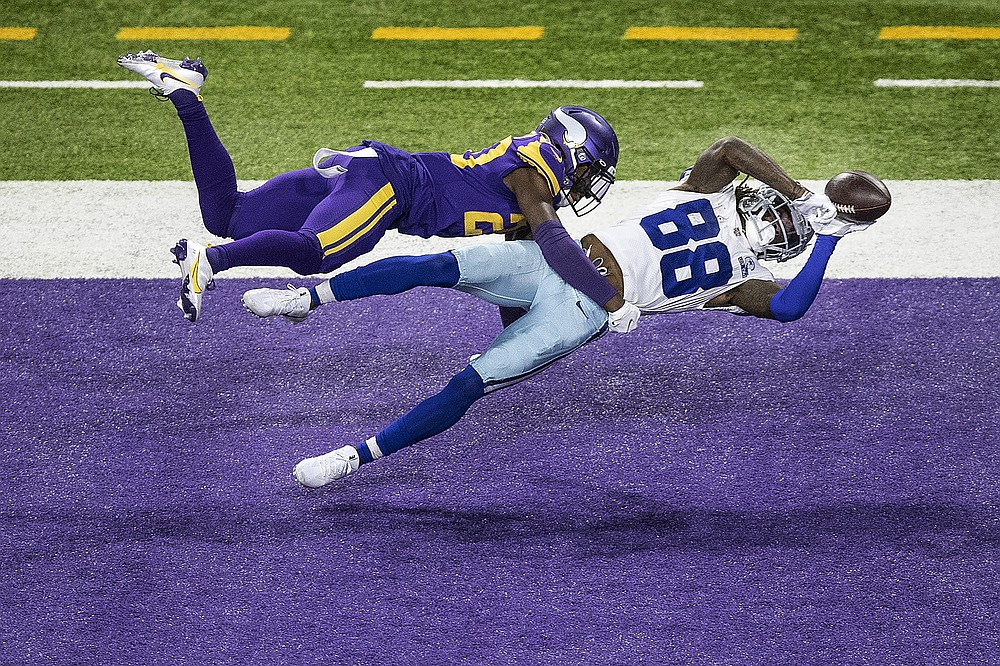 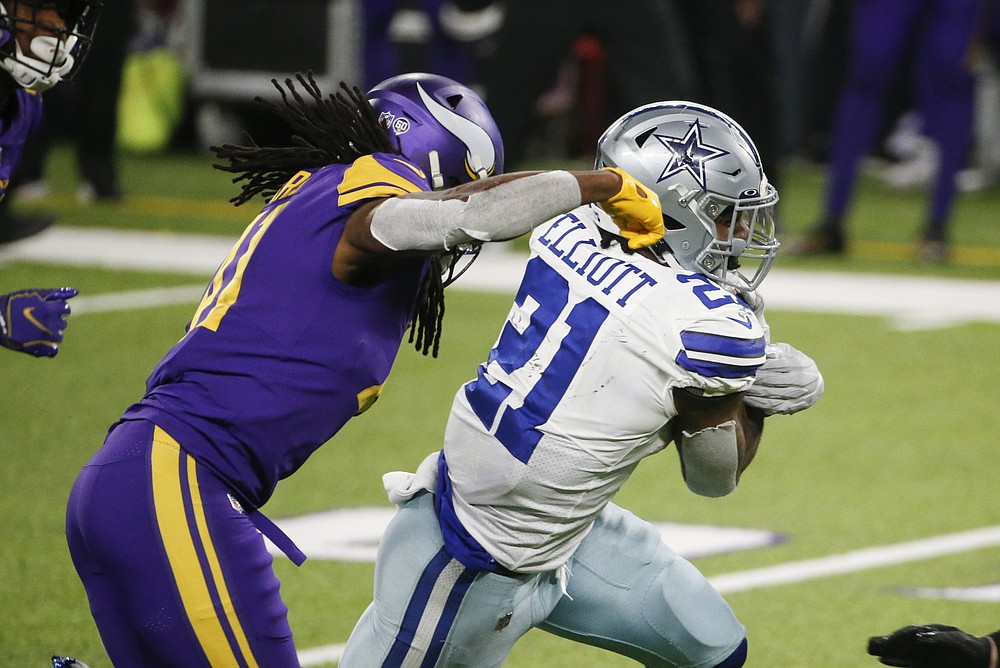