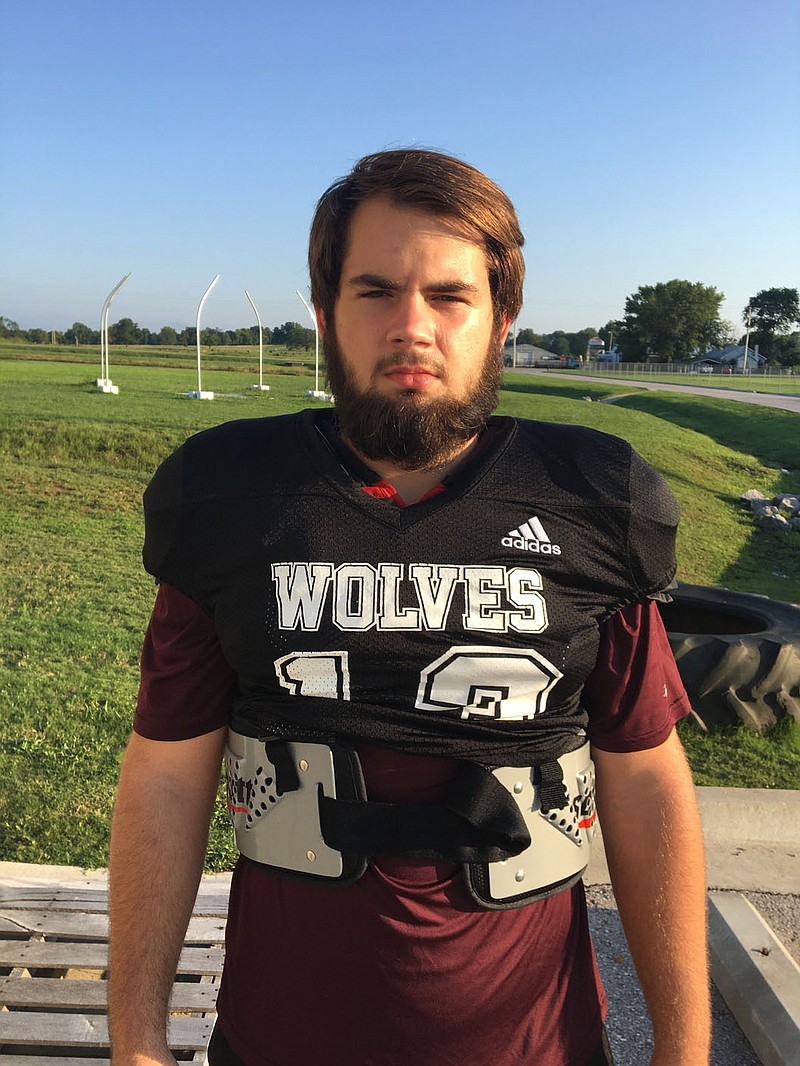 Moving Levi Wright from part-time to full-time quarterback has worked out well for the Lincoln Wolves.

Wright began the season as a starting tight end and backup quarterback before taking over the job full-time under center after Lincoln lost its season opener at Elkins.

Wright (6-foot-4, 230 pounds) has led a resurgence for the Wolves, who've won four of their past five games after opening the Class 3A state playoffs with a 37-14 win at Atkins on Friday.

The sturdy senior led a balanced offensive attack by completing 11 of 19 passes for 144 yards and running for 71 yards and three touchdowns on 12 carries. For his effort, Wright is the Northwest Arkansas Democrat-Gazette Player of the Week.

"Levi played a great game and took care of the ball all night," Lincoln coach Reed Mendoza said. "He did a great job of taking what the defense was giving us. He can pick up five, six yards just on a run into the line of scrimmage."

Wright said Lincoln's ability to establish the run was pivotal in the win at Atkins. He added three rushing touchdowns in support of Matthew Sheridan, who rushed for 133 yards and one touchdown on 19 carries.

"We kept gashing them," said Wright, who played one game at quarterback last year against Berryville. "I think we've really started to come together and hit our stride."

Lincoln earned a huge win three weeks ago when Wright rushed for 156 yards and three touchdowns in a 48-30 victory over Cedarville. That provided plenty of momentum for the Wolves, who earned a No. 3 seed after missing the playoffs last year in Class 4A.

Lincoln faces a stern test in Friday's playoff game at McGehee, a 42-20 winner last week over Bismark. Not only is McGehee 9-0 on the season, the trip from Lincoln in Northwest Arkansas Arkansas to McGehee in southeast Arkansas is 300 miles one way. But Wright said the Wolves are eager for the challenge.

"We're not going to be a pushover," Wright said. "We're going to make them work for whatever they get."