Class 6A teams take to the run 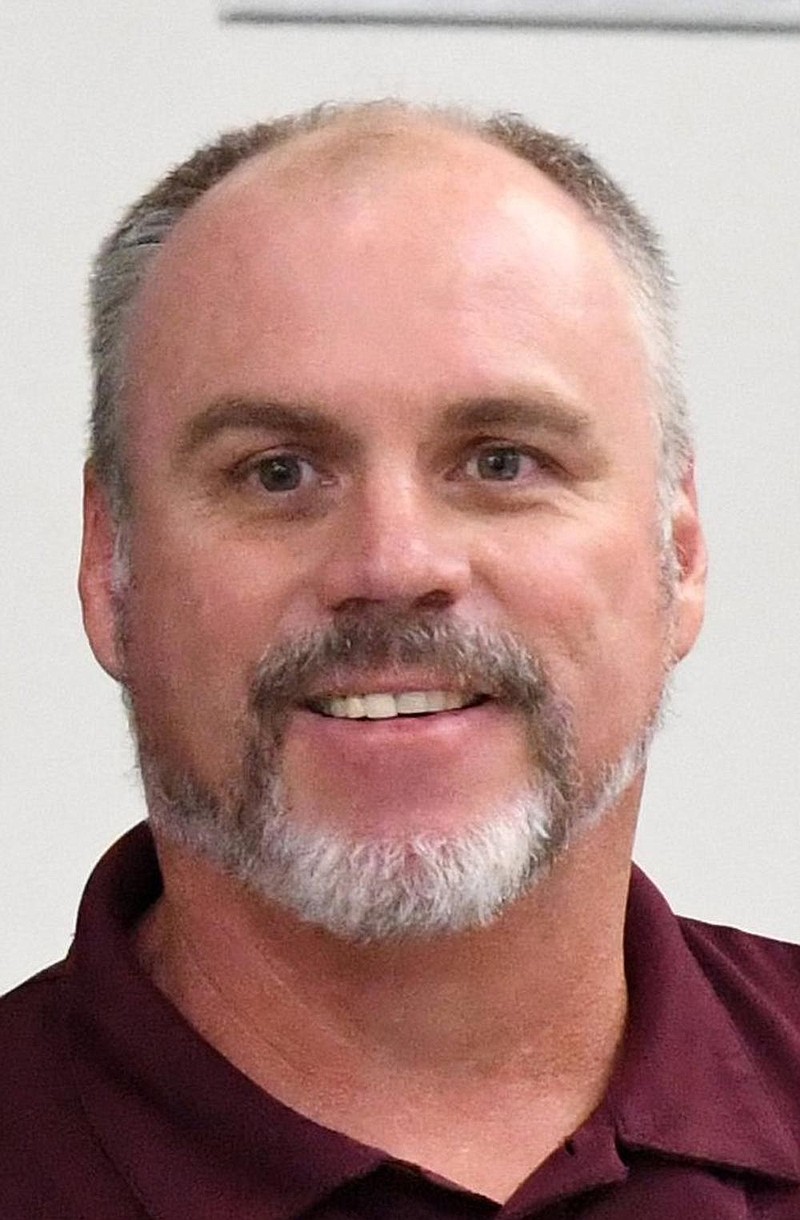 Coach Tommy Gilleran is shown in this file photo. (The Sentinel-Record/Grace Brown)

With two run-dominant offenses on display between Lake Hamilton and Sylvan Hills on Friday night in the Class 6A semifinals in Sherwood, Wolves Coach Tommy Gilleran had a quick prediction for the length of the game.

"I'm sure it will be a short game," said Gilleran, who has the Wolves in the semifinals for the first time since 2011.

Lake Hamilton (10-1), the No. 2 seed from the 6A-West Conference, is led by junior running backs Tevin Woodley and Owen Miller in Gilleran's Wing-T offense.

Hill is in his first season at Sylvan Hills after spending the past three seasons at Harding University. His work with the Bears has impressed Gilleran this season.

"Offensively, they're really good," Gilleran said. "It's the first year of it for them, and they get better each week. They've done a good job of installing that offense."

While Sylvan Hills shut out Little Rock Parkview 7-0 last Friday, the Wolves rolled to a 50-14 victory over El Dorado at home. Miller accounted for three touchdowns against the Wildcats, including two rushing scores.

Lake Hamilton started the season 8-0 before losing its regular-season finale to Greenwood 38-28 on Nov. 6. Since then, the Wolves have rebounded with playoff victories over Sheridan and El Dorado.

Gilleran said he's been pleased with how the Wolves have responded the past two games.

"The kids are focused," Gilleran said. "They're ready to play."

Lake Hamilton is looking to play in its first state championship game since 2011 when Jerry Clay was the Wolves' coach. The Wolves have won two state titles in their history, winning in 1992 and 2008.

As for Gilleran, a 1988 Lake Hamilton graduate, he's won one state championship in his career, taking Fountain Lake to their first title in Class 3A in 2009 with a victory over Prescott.

If the Wolves can get past Sylvan Hills on Friday, Gilleran will be closer to leading the Pearcy school to their third state title overall.

Scoring opportunities will be important against the Bears, Gilleran said.

The defending champion of Class 4A will get its first big test of the 2020 playoffs this week.

Joe T. Robinson heads to 4A-2 Conference champion Stuttgart on Friday for a second-round game. The Senators finished second in the 4A-7 Conference, putting them in a position to have to travel during the Class 4A playoffs this season.

For Coach Todd Eskola, he's confident that the Senators will be fine on the road as they attempt to repeat as Class 4A state champions.

"We've got a lot of experienced kids," Eskola said. "We've played the past six years on Thanksgiving week. They're used to playing deep in the playoffs.

Robinson (8-3) won its fifth consecutive game last Friday with a 63-18 victory over Mills in the Class 4A first round. Senior quarterback Buddy Gaston threw four touchdown passes to lead the Senators.

"They have hard-nosed kids," Eskola said. "They've got great coaches and great athletes. They've got a good team."

The Robinson-Stuttgart winner will host Pocahontas or Ozark in the quarterfinals Dec. 4.

Hoxie will face a former conference opponent in the Class 3A second round Friday, hosting Newport in arguably one of the state's top playoff matchups this week.

Newport was a member of the 3A-3 Conference with Hoxie from 2016-19 before moving to the 3A-2 Conference this season.

"We know a lot about them," Hoxie Coach Tom Sears said. "Coach [Mark] Hindsley has done a great job with them. They're well-coached and have a lot of athletic kids.

"This is a big game for both teams."

To help them for a possible long playoff run, Sears has dialed things back for the Mustangs in practice in order to remain healthy.

"We pride ourselves on playing hard and physical," Sears said. "But the deeper you go, you can't do the normal shots in practice. Late in the year, it might hurt you. You have to be smart about it."

Pulaski Academy (10-0) can reach the Class 5A semifinals for the seventh consecutive season with a victory Friday over Magnolia (8-2). The Bruins' semifinal streak is the longest in the state. Also, the Bruins have played in six consecutive state championship games, winning five of the past six (2014-17, 2019). ... Little Rock Christian (7-2) will look to improve to 3-0 in road playoff games under Coach Eric Cohu on Friday night at Hot Springs Lakeside (7-3). The Warriors won at Texarkana and Morrilton in the 2018 Class 5A playoffs on their way to their first state championship in school history. Cohu, who was hired by the Warriors in 2017, is 8-2 in the playoffs overall. ... Dumas senior running back Kylin James enters Friday's Class 4A quarterfinal game against Gosnell (4-3) with 1,994 yards and 21 touchdowns. James had 253 yards and 5 touchdowns in a 45-17 victory over Bauxite. The Bobcats (8-3) are the 4A-8 Conference's No. 1 seed. ... Nashville (8-2) returns after its second 21-day break of the season Friday against Elkins (8-2) in the Class 4A quarterfinals. The Scrappers were off Nov. 13, then earned a forfeit victory from Waldron in the Class 4A first round last Friday. They were also off Sept. 18 (open date) and Sept. 25 after Arkadelphia canceled because of the coronavirus. The Elkins-Nashville winner will face Arkadelphia or Warren in the semifinals Dec. 4. ... Crossett (5-1) and Monticello (7-4) didn't meet during the 4A-8 Conference season on its originally-scheduled date of Oct. 16 because of Crossett's covid-19 situation. But the two schools will meet in a Class 4A quarterfinal game Friday in Monticello. Crossett is coming off a 68-36 victory at Central Arkansas Christian, while Monticello defeated Gentry 36-26 a week ago. Crossest has won the past two meetings in the series and is 5-1 against the Billies since 2014.