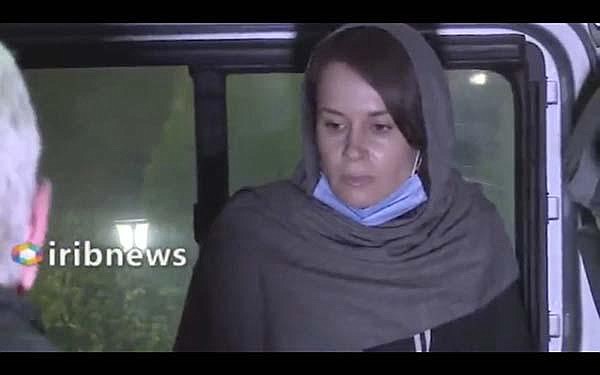 TEHRAN, Iran -- Iran on Wednesday freed a British-Australian academic who had been detained in the country for over two years, in exchange for three Iranians held abroad, state TV announced.

The television report was scant on detail, saying only that the three Iranians freed in the swap had been imprisoned for trying to bypass sanctions on Iran.

Kylie Moore-Gilbert, 33, was a Melbourne University lecturer on Middle Eastern studies when she was picked up at the Tehran airport while trying to leave the country after attending an academic conference in 2018. She was sent to Tehran's Evin prison, convicted of spying and sentenced to 10 years behind bars. Moore-Gilbert had vehemently denied the charges and maintained her innocence.

She was one of several Westerners held in Iran on widely criticized espionage charges that activists and U.N. investigators believe is a systematic effort to leverage their imprisonments for money or influence in negotiations with the West, which Tehran denies. Moore-Gilbert wrote in a series of letters to Australian Prime Minister Scott Morrison detailing her plight that she had been imprisoned "to extort" the Australian government.

The state TV report did not elaborate on the Iranians it described as "economic activists" freed in exchange for Moore-Gilbert. 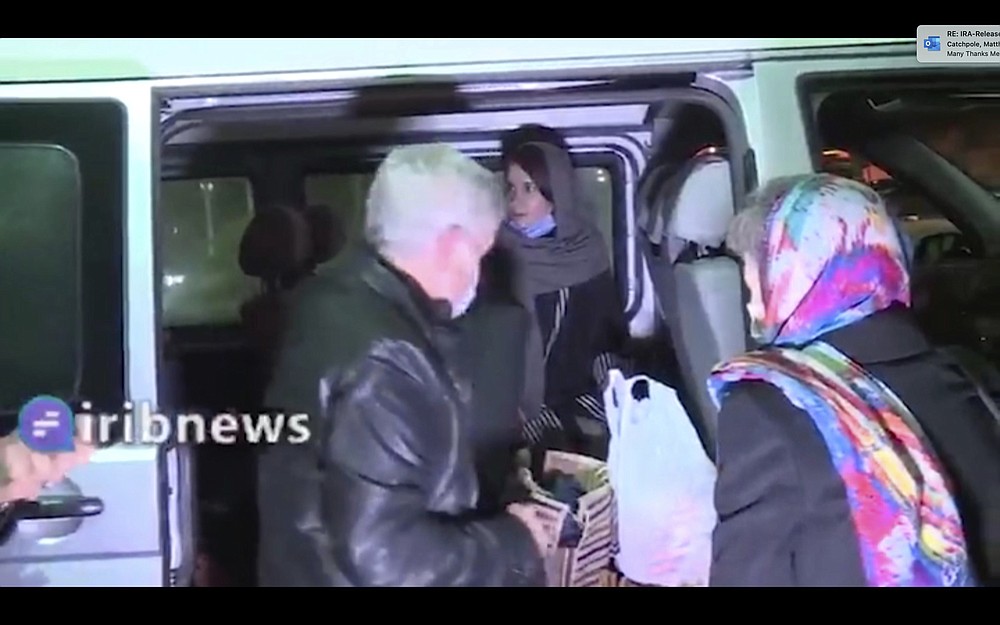 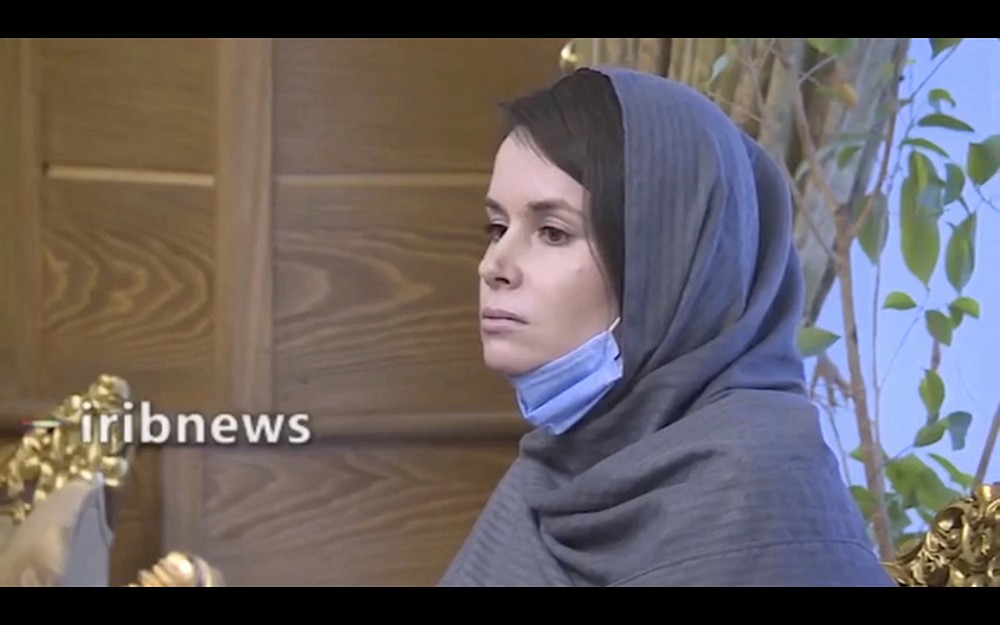 LONDON -- Scottish lawmakers have unanimously passed legislation that will make period products freely available to anyone who needs them -- a move that leader Nicole Sturgeon says makes Scotland the first country in the world to do so.

Lawmakers in the Scottish Parliament unanimously approved a bill late Tuesday that will require local authorities to provide free access to items such as tampons and sanitary pads.

Monica Lennon, a lawmaker from the opposition Labor Party, had campaigned against "period poverty" -- when someone who needs sanitary products can't afford them -- since 2016. She described the legislation as "practical and progressive," especially during the coronavirus pandemic.

"Periods don't stop for pandemics and the work to improve access to essential tampons, pads and reusables has never been more important," she said. "On the issue of period dignity, I am beyond proud that Scotland is leading the way and we have moved at a fast pace in a short space of time."

Her bill was passed in a 121-0 vote after winning the support of the Scottish government and the other opposition parties in the legislature in Edinburgh.

Scottish First Minister Nicola Sturgeon tweeted that she was proud to vote for the "groundbreaking" legislation and described it as "an important policy for women and girls."

WELLINGTON, New Zealand -- A New Zealand soldier has been charged with spying and will face up to 14 years in prison if found guilty.

It is the first time somebody from the military has faced such a charge in New Zealand, at least in modern times, the New Zealand military said Wednesday. The soldier faces 17 charges and will be tried in a court-martial.

The military is releasing few other details about the case ahead of the trial, and the soldier's name is being kept secret by court order. The soldier was based at the Linton Military Camp, the nation's main army camp with about 2,000 people near the city of Palmerston North.

As well as four counts of espionage, the man has been charged with accessing a computer system for a dishonest purpose, possessing an objectionable publication, and negligence in his duties.

New Zealand authorities have been cracking down on far-right groups after a white supremacist shot and killed 51 worshippers at two mosques last year.

Rescuers were helping the wounded and passengers caught in the wreckage of the vehicles in the municipality of Taguai, about 217 miles from the city of Sao Paulo. Television images showed shards of glass, destroyed bus seats and pieces of the vehicles' bodies strewn on the highway.

"There is no clear indication about what caused the accident, and it is being investigated," Sao Paulo Gov. Joao Doria said. He said all the resources of his government would used to help the victims and their families.

A police spokesman told TV Globo that so far the death toll stood at 37 and Sao Paulo firefighters later said on their official Twitter account that 40 people had been killed. 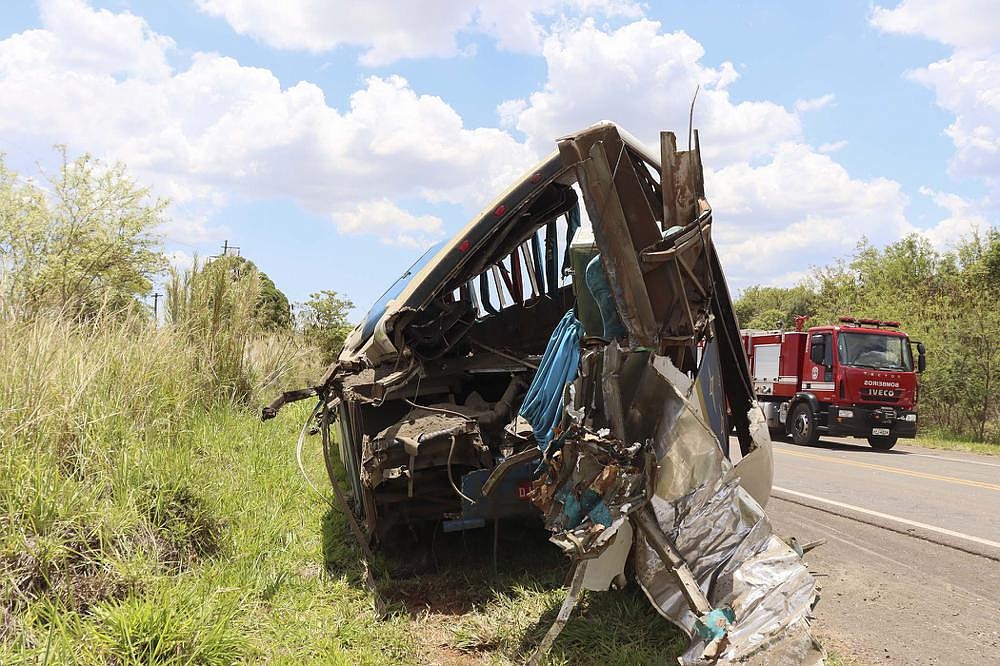 The wreckage of a bus that was carrying employees of a textile company remains on the shoulder of a road Wednesday in the municipality of Taguai, near of Sao Paulo, Brazil. (AP/Juliano Oliveira)
ADVERTISEMENT