MUSIC MADNESS: Toot it up on 'Block Friday'; find Mojo in Argenta 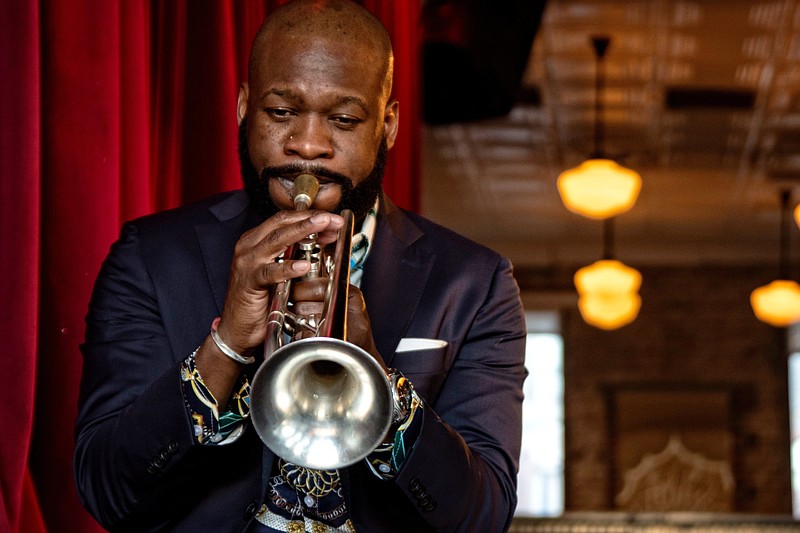 Rodney Block will present two versions of the sixth annual "Block Friday with Rodney Block and Friends" Friday at Stickyz Rock 'n' Roll Chicken Shack, 107 River Market Ave., Little Rock. Doors will open at 7 p.m. for the 8 p.m. early show; followed by a late show, with doors opening at 10 p.m. for the show at 10:30 p.m.

Block will be joined by the RB Collective, Bijoux Pighee, Allison Victoria and Roosevelt "VeltBoy" Harris. Admission per show is $25 in advance, sold as table reservations. If any tickets remain on the day of the show, they will be $25. There will be no standing room area, dance floor or pit area.

Mike Mayberry and The Slow Hands will perform at 9 p.m. Friday and Saturday at The Big Chill, 910 Higdon Ferry Road, Hot Springs. Admission is $5.

The Jayhawks will perform a livestream concert at 8 p.m. Sunday on Facebook. To buy tickets, see theark.org.

◼️ Cast members from "Hamilton," "Mean Girls," "Jagged Little Pill" and "Ain't Too Proud: The Life and Times of The Temptations" will join the giant balloons in the 94th annual Macy's Thanksgiving Day Parade today, which will be shortened from its traditional 21/2-mile trek to one city block, on 34th Street in front of the flagship Macy's store.

◼️ Country singer Chase Rice will perform a three-concert series "Live from Twin Eagles Creek Farm," beginning Sunday. Tickets, $10 per show or $20 for all three, are available at chaserice.com. The series continues Dec. 6 and 13. Rice is doing the shows to help support his band and crew.

◼️ Elvis Presley fans can relish an after-Thanksgiving feast with "Elvis: Are You Lonesome Tonight?" at 7 p.m. Saturday on REELZ, a digital and satellite TV network.

◼️ Kenny Loggins is re-releasing "Live from the Lobero," a livestream concert filmed at the Lobero Theater in Santa Barbara, Calif., today through Sunday on lobero.org. The four-day pay-per-view rental is $15.

◼️ For more interesting reading, check out the blog on Robbie Fulks' website, where he describes some of his recent revelations of road-trip listening. Of course, his music is also great fun. (Here's a salute to Chris King for bringing Fulks to Stickyz Rock 'n' Roll Chicken Shack several years ago. There were five or six of us there who loved the show and never forgot it.)

◼️ Finally, the world of awards shows was upended a bit recently, when several musicians of the alternative country world told the Country Music Association what they could do with their lifetime memberships after the show failed to mention John Prine, Jerry Jeff Walker and Billy Joe Shaver in the show's tribute to recently deceased musicians of the country persuasion. (The show did note the demise of Charlie Daniels, Mac Davis, Joe Diffie and Kenny Rogers.)

Jason Isbell and his wife, Amanda Shires, immediately returned their lifetime membership cards in the CMA. Sturgill Simpson was unhappy, as quoted on the consequenceofsound.net site:

"Don't get it twisted... wouldn't be caught dead at this tacky a-- glitter and botox cake & ---- pony show even if my chair had a morphine drip... I just wanted to see if they would say his [John Prine's] name but nope. No time for Buddha... and I promise you they were asked to include him so a 'nope, no time' decision was made by somebody..."

For an interesting look at what Isbell thinks, see the Nov. 13 story "Jason Isbell and Amanda Shires wonder if the CMA 'knows anything about country music'" in The Los Angeles Times by Mikael Woods, the son of Little Rock's legendary radio voice, Tom Wood.

They also include suggested stories by other folks at the bottom of their newsletters, so there's not much chance of running out of stimulating material.