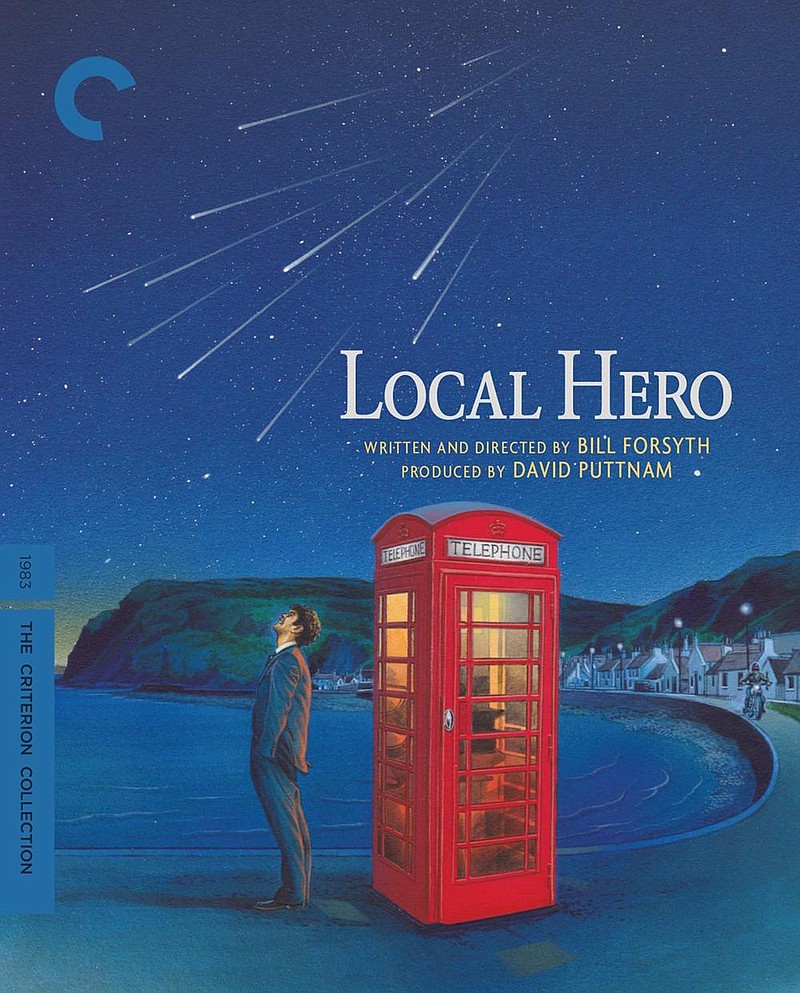 Editor's note: Over the next few weeks we'll be exploring some recently released Criterion Collection DVDs in this space.

Bill Forsyth's "Local Hero" is a study in sly melancholy, from the moment acquisitions man Macintyre (Peter Reigert) steps foot in the small Scottish fishing village he has been tasked with buying on behalf of the mammoth oil company, helmed by Mr. Happer (Burt Lancaster), in order to replace it with a huge refinery.

Mac is a bit of an enigma, as the film presents him, or at least a tabula rasa. He lives in Houston for his job, but isn't from there (no "there" is ever specified); we know little of his private life other than the woman with whom he used to live is no longer on good terms with him, and his loneliness is at least physical and likely existential.

He comes to the village with a head of steam, his watch alarm set for Houston business hours, but soon enough, the gentle breeze and relaxed pace of the place takes hold of him. Before long, he's strolling on the beach, unshaven, his pant cuffs rolled up, collecting shells, and, we imagine, taking stock of his soul in a way that maybe hadn't occurred to him before. At this, we more or less have to guess, because Forsyth plays everything on the downlow. About the closest we ever come to seeing Mac's torment is in a drunken scene in which he, not entirely jokingly, offers to switch roles with Urquhart (Denis Lawson), the local hotelier and accountant, whose beautiful girlfriend, Stella (Jennifer Black), Mac has developed a deep fondness for.

The film is also filled with Forsyth's understated witticisms, from the b-roll footage of side characters, enacting their own moments of comic whimsy (a drunken man approaches a table of sweets, and starts filling his pockets; the lone punk woman in town develops a crush on Mac's assistant, forcing the young man to flee from her), and the repetitive gag of the motorcycle buzzing past that keeps nearly hitting Mac anytime he leaves the hotel.

It's the same puckish quality that also fuels the film's careful sense of longing. Mac becomes a stand-in for all of us stuck in jobs that feed only one aspect of our needs, while virtually ignoring the rest. From Mark Knopfler's mournful soundtrack to Forsyth's gift of subtle imagery, we are led to feel Mac's exacting disappointment at returning back to his Houston apartment, devoid as it is of anything that feels even halfway alive. He opens his freezer and refrigerator door simultaneously and doesn't even bother to peer inside before closing them together, leading to the film's last shot, a masterful visual depiction of Mac's -- and our own -- yearning.

Disc Extras: This BD edition features a 2k digital restoration of the film that looks fabulous, as well as a making-of doc from 1983, the year of the film's release, a director's commentary, and a new interview with Forsyth about the film.

Rating: PG, for language, some sensuality and thematic elements