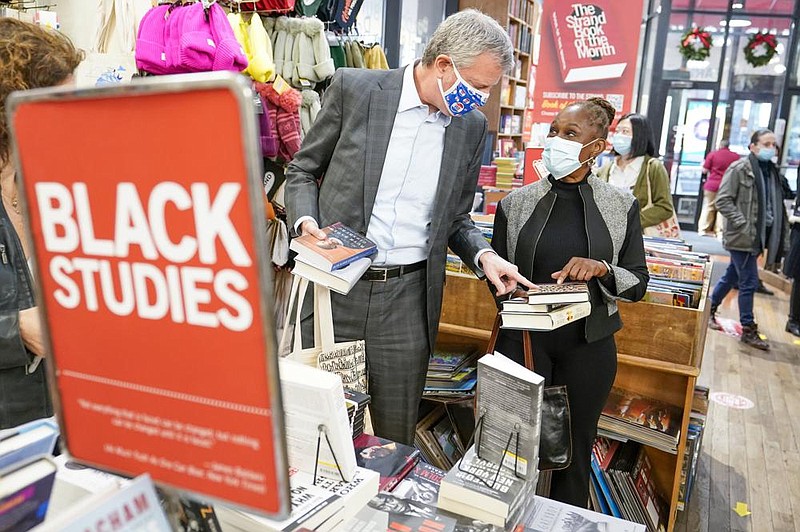 SACRAMENTO, Calif. -- Police are looking for a gunman who shot and killed two teens at a Northern California mall in the midst of Black Friday, sending shoppers running for safety, authorities said.

Arden Fair Mall in Sacramento was evacuated shortly after 6 p.m. when shots were fired near one of the mall's entrances, police spokesman Karl Chan said.

A 19-year-old man was found dead at the mall and a 17-year-old boy was found critically wounded at a bank outside the mall. The 17-year-old was taken to the hospital and succumbed to his injuries several hours later, police told the Sacramento Bee on Saturday.

Workers at the mall said they heard up to a dozen shots.

"Heard a couple of shots go off, didn't really think anything of it," Antwon Martinez said. "And more and more kept going off, so everyone started running toward our back room. ... Everyone just started running."

He said customers and workers evacuated through the corridors and stairways in the back of the mall.

Chan said the shooting appeared to be a targeted and isolated attack, though he didn't disclose the gunman's motive. Police said they were looking for a suspect in his 20s.

Other details of the shooting weren't immediately released but Chan urged people who may have witnessed the shooting to step forward, and said the mall's security camera footage will be examined by homicide detectives. 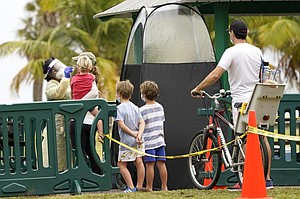 WASHINGTON -- A former Trump campaign associate who was the target of a secret surveillance warrant during the FBI's investigation into Russian election interference says in a federal lawsuit that he was the victim of "unlawful spying."

The suit from Carter Page alleges a series of omissions and errors made by FBI and Justice Department officials in applications they submitted in 2016 and 2017 to the Foreign Intelligence Surveillance Court to eavesdrop on Page on suspicion that he was an agent of Russia.

"Since not a single proven fact ever established complicity with Russia involving Dr. Page, there never was probable cause to seek or obtain the FISA Warrants targeting him on this basis," the lawsuit says, using the acronym for the Foreign Intelligence Surveillance Act.

The complaint largely echoes findings from a Justice Department inspector general report that found significant problems with the four applications. Former FBI and Justice Department leaders who were involved in signing off on the secretive surveillance have since testified that they wouldn't have done so had they known of the extent of the issues, and the FBI has initiated more than 40 corrective steps aimed at improving the accuracy and thoroughness of applications to the court.

The suit names as defendants the FBI and the Justice Department, as well as former FBI Director James Comey, former FBI Deputy Director Andrew McCabe and additional officials who were involved in the Russia investigation.

TALLAHASSEE, Fla. -- An influential pharmaceutical lobbying group is suing to end the Trump administration's plan to allow prescription drugs to be imported from Canada into the United States.

The lawsuit, filed Friday, alleges that the federal government has not proven that the program would be safe or cost effective -- two standards required by federal law for commercial distribution of foreign prescription drugs.

James Stansel, the executive vice president and general counsel for the Pharmaceutical Research and Manufacturers of America, one of the groups suing the Trump administration, said past administrations haven't allowed states to import foreign drugs for a reason.

"Every secretary that has looked at this in the past 20 years, Republican or Democrat, has said, I can't certify to either one of these things," Stansel said, referring to the cost and safety standards.

The U.S. Department of Health and Human Services did not respond to requests for comment Friday.

AIKEN, S.C. -- One person was killed and 14 were injured in an early shooting Saturday at a nightclub in South Carolina.

The Aiken County sheriff's office said deputies responded to a call about gunfire and multiple victims shortly before 1 a.m. to the 7th Lounge in Aiken, about 15 miles east of Augusta, Ga.

Killed in the incident was Craig Youmans, 30, of North Augusta, who suffered multiple gunshot wounds, The Augusta Chronicle reported. Aiken County Coroner Darryl Ables said Youmans' body will be sent to Newberry for an autopsy, the newspaper said.

Investigators said at least three suspects in a light-colored Chevrolet Tahoe left the area after the shooting. Witnesses reported seeing the suspects firing a rifle and a handgun, the sheriff's office said.

A motive for the shooting remained under investigation.