As income declines, spending on movies, outings takes a jump 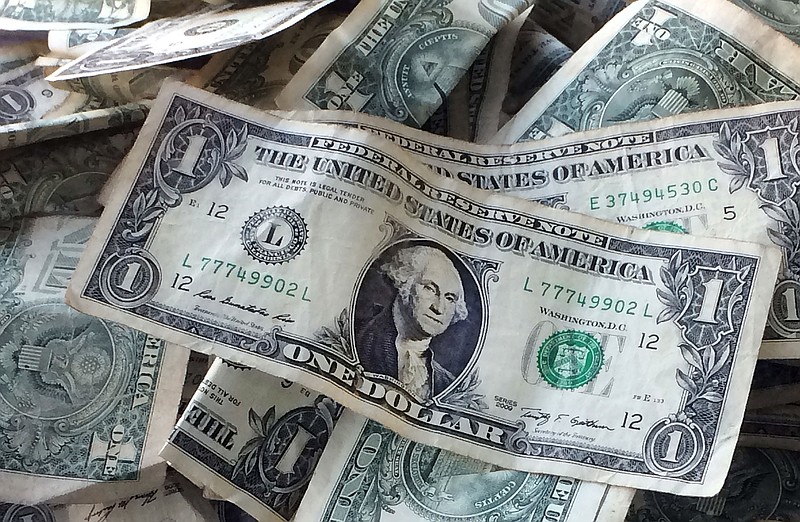 Despite a decline in personal income between July and August, Americans increased their spending in a few places, including movie theaters, museums and campgrounds, according to the Bureau of Economic Analysis.

Personal income declined 2.7%, or $543.5 billion from July to August, slightly more than the consensus pre-report estimate of just under 2.5% during that time period, said economist John Anderson.

Anderson is head of the agricultural economics and agribusiness department for the University of Arkansas System's Agriculture Division and the Dale Bumpers College of Agricultural Food and Life Sciences.

He has been providing pandemic-related analyses of the economy since March. His analysis of the September "Personal Income and Outlays Report" can be found at https://bit.ly/3nb4Km6.

The decline in personal income was more than accounted for by a decline in unemployment benefits, Anderson said. Unemployment insurance payments fell by $687 billion in August.

However, wages and salaries increased for the fourth-straight month in the service sector, growing more in August than in July.

The growth in the service-producing sector "almost certainly reflects a bit more robust recovery in travel and hospitality industries in the more recent month," Anderson said.

The report noted that personal spending on food services and accommodations increased by almost 7%t from July to August; "that's about double the pace of increase over the preceding month," he said.

Recreation services spending dipped just a bit overall from the previous month, but there were a couple of individual categories of spending that showed increases.

"Spending at movie theaters increased by 239% in August over the prior month," Anderson said. "Amusement parks and campgrounds marked a third consecutive month of 20% percent growth in spending; and museums and libraries posted a healthy 13% growth in spending."

Anderson added that while spending in all of these categories remains far below pre-covid levels, "this surge in growth does offer some evidence that -- either out of covid fatigue or genuine gains in confidence -- consumers are at least tentatively moving back toward more normal behavior."

On the other hand, despite rising by almost 5% in August, spending on food away from home remains almost 13% below pre-covid levels. Combined spending on food for at home consumption and food services is still about 3.5% lower than it was in January.

"In aggregate terms, the decline in food service spending has been quite large," Anderson said. "For example, August spending on meals at fast food and other eating places, including 'fast casual,' was almost $60 billion lower than in January."

He said the decline in food-service spending "is clearly a negative demand-side factor for meat, particularly for beef and chicken, which count on food-service demand for a relatively high proportion of their product."

Chicken would seem to be particularly vulnerable to this effect since much of the chicken that goes to food service channels is relatively high-value product: boneless and skinless breasts, breast tenders, wings.

"It is difficult to clearly quantify these effects, though," Anderson said. "Worth noting, though, the national broiler composite wholesale price as of the last week of September was almost 20% lower than a year ago -- despite the fact that on the supply side of the market, weekly production has been running consistently below year-ago levels since before the middle of the year."

Find other covid-related economic analyses at https://bit.ly/AR-Ag-Eco-Impacts2020. To learn more about extension and research programs in Arkansas, visit https://division.uaex.edu/. Follow the agency on Twitter at @AgInArk, @uaex_edu or @ArkAgResearch.