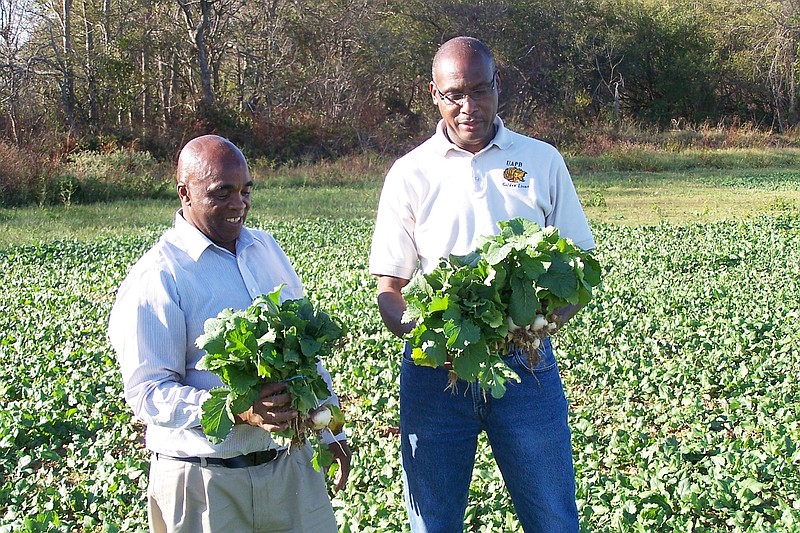 Southern region producers should consider growing cover crops as part of a sustainable agriculture system, said Henry English, director of the Small Farm Program at the University of Arkansas at Pine Bluff.

Unlike crops grown primarily for harvest, cover crops are grown first and foremost for the benefit of the soil.

Cover crops are commonly referred to as "green manure" because at the end of their growing cycle, they should be terminated and tilled back into the soil, where nutrients are released as the plants decay. This will help ensure healthy, productive soil for the next growing season. Additionally, a fall cover crop helps protect against water and wind erosion over the winter, according to a news release.

"Most often, cover crops are seeded in the fall and grown throughout the winter, before the field is needed for growing the cash or spring crop," he said. "Growing cover crops increases the length of time green crops are growing in the soil with live roots, which provides foods for soil microbes that help build soil aggregations and structure."

"Different varieties of cover crops offer different advantages in the field," he said. "Producers should select the cover crops they want to grow based on their objectives. Depending on the type of cover crop grown, benefits could include weed suppression, disease or pest control, soil erosion management or soil health improvement."

To achieve success in growing cover crops, producers should have a well-developed plan. Namely, the cover crop should be a part of a conservation cropping system that includes no-till or minimum-till management for the cash crop that will be grown later. The producer also needs to have a termination plan for the cover crops.

"Cover crops need to be terminated in order for spring and summer crops to reap the benefits of the healthy soil they leave behind," English said. "Some cover crops such as oats and oilseed radish, depending on the location, may be terminated naturally by cold weather. Other varieties should be killed through tillage, mowing or herbicide applications. For guidelines on herbicide applications, farmers should contact their county Extension agent."

When growing cover crops, producers should start with just a few acres. The cover crop should be planted early enough to obtain adequate growth in the fall. As a rule of thumb, planting should be done early enough to allow four weeks of growth before the cold weather sets in, according to the release.

The Natural Resources Conservation Service (NRCS) offers technical assistance to producers growing cover crops. Financial assistance is available through the NRCS Environmental Quality Incentive Program. However, producers must sign up for the program EQIP a year before the planting of the crop.