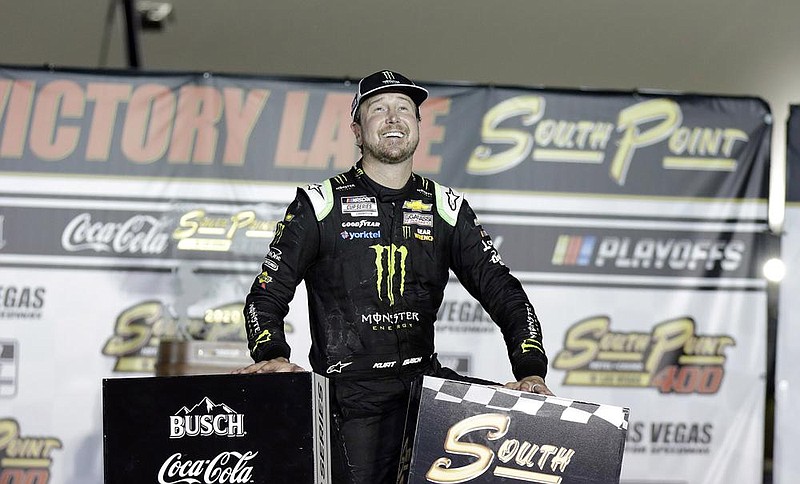 Kurt Busch is the only driver who has advanced to the round of eight of the NASCAR Cup Series playoffs going into today’s race at Talladega after winning last week at Las Vegas. (AP/Isaac Brekken)

TALLADEGA, Ala. -- NASCAR's last visit to Talladega Superspeedway, when a noose was found in driver Bubba Wallace's garage stall, marked a pivotal moment in its evolving approach to social justice issues.

The series found itself at the forefront of the national civil rights push when Wallace began using his platform to implore change in a series with a complicated history with race relations. NASCAR banned displaying the Confederate flag at its events, Wallace competed in a car with a Black Lives Matter message, and many Cup drivers participated in a video addressing racism that aired before a race.

Pushback was most evident in June when NASCAR -- one of the few leagues in competition during the early part of the coronavirus pandemic -- arrived at Talladega. Protesters paraded past the main entrance of the track waving Confederate flags and a plane circled above the speedway pulling a banner of the longtime symbol to many of racism and slavery.

Wallace was assigned security because of threats NASCAR had received and tensions were already heightened when a member of his race team noted the garage door pull rope had been fashioned into a noose. NASCAR alerted authorities and FBI agents descended on the speedway, and the entire field of 40 drivers in a show of unity pushed Wallace's car to the front of the starting grid.

The FBI found the noose had been in the garage stall since it was last used for the October 2019 race and Wallace was not a victim of a hate crime. Still, that united moment encapsulated the changed attitudes of present day NASCAR and steadied leadership's commitment toward action-based efforts on improved diversity and inclusion.

Now Talladega hosts an important playoff race today and the track has permitted 20% attendance. The approximate 15,000 tickets available sold out and limited infield camping is permitted. The garage area remains under strict covid-19 protocol with access limited to essential personnel.

NASCAR said Saturday it was conducting routine security sweeps this weekend of pit road and the garage areas used by the Cup, Xfinity and Truck Series.

The mystifying June visit seems so long ago in this season of 2020 abnormalities. The focus has shifted to free agency, the slow return of fans to racetracks, the efforts toward financially surviving the pandemic and, of course, the championship campaign.

Kurt Busch last week picked up his first win of the season at home track Las Vegas Motor Speedway and is the only driver already advanced to the round of eight. Talladega marks the second of three races of the second round with four of the remaining 12 drivers set to be eliminated next week.

Talladega, the 2.66-mile, high-banked oval, is noted for pack racing at high speed and multi-car crashes. It's an unpredictable 500-mile test of awareness and strategic split-second decisions and a crapshoot for the title contenders.

Kyle Busch, the reigning Cup champion, has yet to win a race this year and is in danger of missing the championship race for the first time since 2014. He's the first driver below the cutline for elimination, ahead of Clint Bowyer, Aric Almirola and Austin Dillon.

All four are aggressive superspeedway racers -- Dillon is a Daytona 500 winner -- and Talladega racing gives anyone a chance to win. It's been a Team Penske run of seven wins in the last 12 races, including two straight wins by Ryan Blaney, who was eliminated in the first round.

But the theory is that racing today will be a trademark Talladega, a frenetic rush to grab a victory and slide into the third round of the playoffs. Denny Hamlin, the Daytona 500 winner, starts from the pole following a a third-place finish at Las Vegas for his first good run of the playoffs.

Kurt Busch, the only driver with nothing to lose today, starts second. 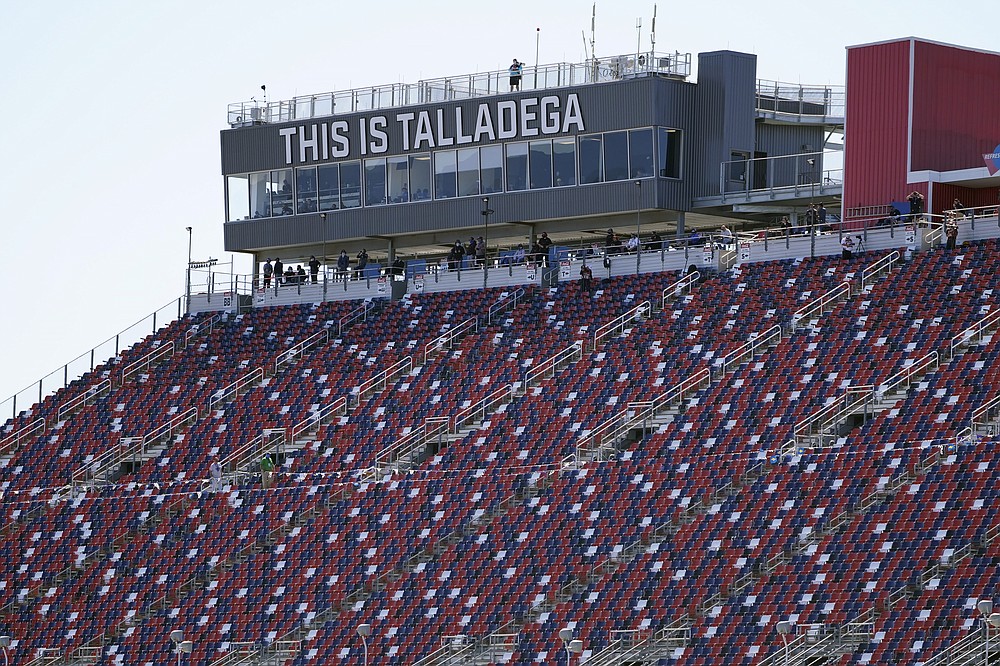 The stands on the backstretch are empty during the NASCAR Truck series auto race at Talladega Superspeedway, Saturday, Oct. 3, 2020, in Talladega, Ala.. (AP Photo/John Bazemore) 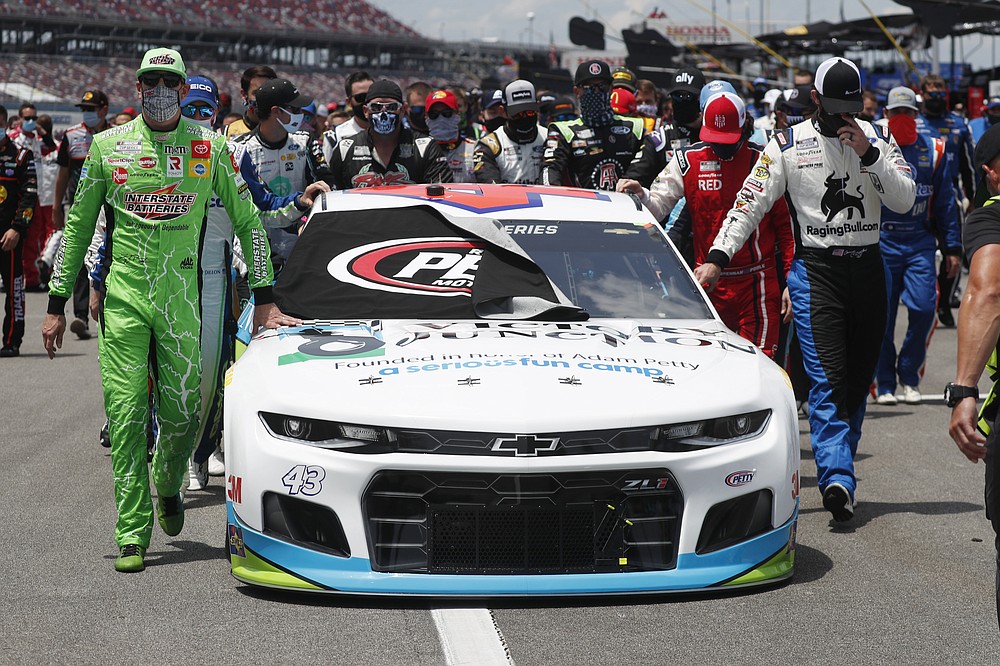 FILE - In this June 22, 2020, file photo, NASCAR drivers Kyle Busch, left, and Corey LaJoie, right, join other drivers and crews as they push the car of Bubba Wallace to the front of the field prior to the start of the NASCAR Cup Series auto race at the Talladega Superspeedway in Talladega Ala. The Cup Series returns to Talladega on Sunday. (AP Photo/John Bazemore, File)
ADVERTISEMENT